With it’s astonishing – and some might even say overwhelming output – it’s understandable that many might consider Marvel’s Cinematic Universe as the first. But it wasn’t, not by a long shot.

Universal Studios, as early as the 1920’s and thirties, created a series of monster flicks, which included characters such as Dracula, Frankenstein and The Mummy, that not only starred in their own features, but also shared the same universe.

Another one of their characters was The Invisible Man, who made his first appearance (or did he?) in 1933; not only was it based on the 1897 novel of the same name by H.G. Wells, it marked the first role for Claude Rains, as the titular character, in a US feature.

Having spent the majority of his career acting as an executive producer, predominately on the Saw franchise, Australian Leigh Whannell gets to direct for only the third time, with his twist on the invisible tale.

This won't do at all, I need a butter knife!

Having reached breaking point in her abusive relationship, Cecillia Kass (Elizabeth Moss) has finally found the courage to leave her boyfriend.

Unfortunately, his grip on her has been a tight one, and although she has physically distanced herself from him, including staying with friend James (Aldis Hodge), who also happens to be a cop, she still doesn’t feel safe.

And then she gets word that he has died. This should be the end of it, but it isn’t. Certain things start to happen around her that lead her to believe that not only is he alive, he’s also somehow managed to get past her defences, completely unseen. Which begs the question, how do you fight something that can’t be seen? 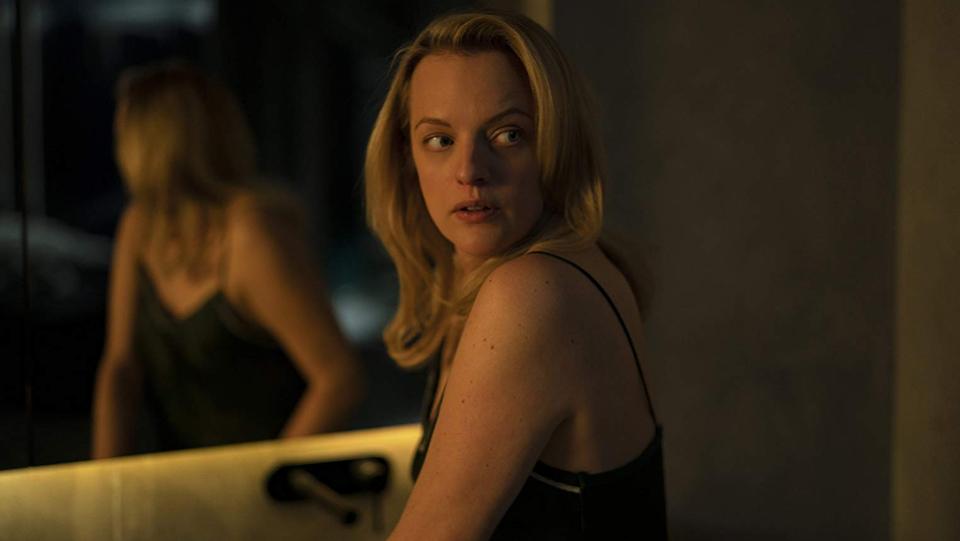 If I can just smuggle another loo roll into my bag...

So, Whannell’s film turns the entire premise of The Invisible Man on its head, by making him the predator instead of the victim. By doing this however, the only thing the film has in common with its source material is its title.

What this mutation is in fact, is what might have been produced if Hitchcock directed a feature-length episode of The Twilight Zone. Moss plays a Tippi Hedren character, being attacked, physically and emotionally, by a force she has no control over. So although the role of the Invisible Man has changed, Whannell has merely made him a bogeyman figure, in the mould of Michael Myers, which isn’t that ground-breaking.

Whannell does incredibly well in building up the tension however. By keep our protagonist tight in shot for the most part, it makes it more difficult to second guess where the threat is going to come from, which makes for a rewarding thriller. The music score too, by Benjamin Wallfisch, is sublimely effective too.

It’s disappointing then that the predator is the least impressive element of the film. At times, when a victim is flapping their arms around at being attacked by an invisible force, the result is more farce than fear, making it about as frightening as being beaten up by Rod Hull’s Emu.

Although it’s interesting with its slight variation on a theme, it does feel somewhat of a missed aopportunity for the premise. There hasn’t been a decent take on The Invisible man in some time, and that includes this one, sadly.

Instead of just re-purposing a classic story into a generic monster-on-the-loose tale, perhaps the next version will include a story that audiences don’t see coming.