In 1989 Australian director Peter Weir released Dead Poets Society, a smart and heart-warming film that saw Robin Williams star as a teacher who used poetry to get the most out of his young minds.

It’s a film that not only struck a chord with audiences, but also two young actors, who felt that it was exactly the type of film they should be starring in, so decided that they would write their own.

The two actors were Matt Damon and Ben Affleck, and in 1997, they starred in Good Will Hunting - alongside Robin Williams – in a film they not only wrote, but won a Best Screenplay Oscar for their troubles. The rest, as they say, is history.

It’s history then that re-unites them here, with their first script together since Good Will Hunting, with a story based on real events, that sees two men clash over the honour of a woman. 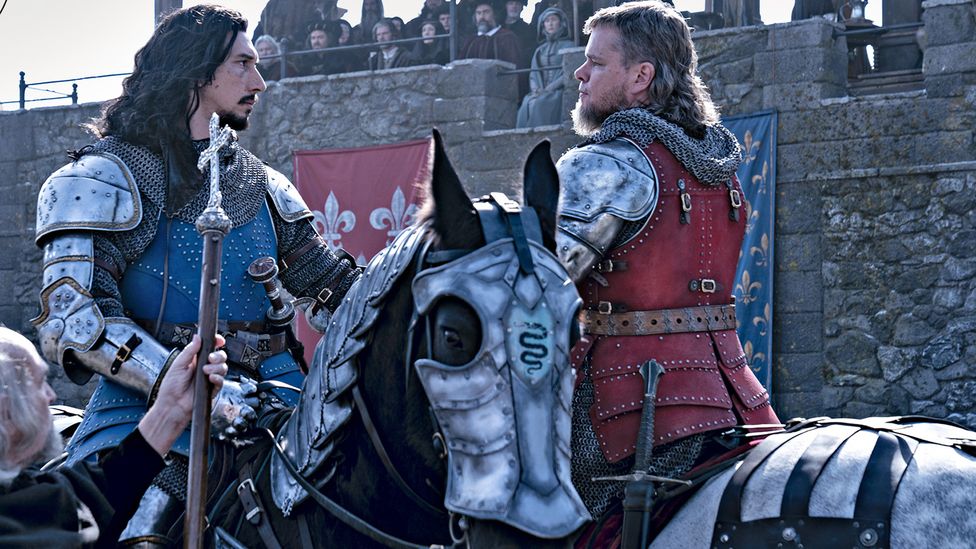 If you fancy making hot, passionate love after this i'm free. Just sayin'.

Medieval France, and Jean de Carrouges (Damon) is one of the king’s most loyal knights, which he proves time and again in battle. During such a fight, he saves the life of squire Jacques Le Gris (Adam Driver), who is naturally gratefully, and they soon become firm friends.

Their friendship is greatly tested however when Jean marries the beautiful Marguerite (Jodie Comer); land that was promised to him from her dowry for instance, is given to Jacques by Count Pierre d’Alençon (Affleck), which is only the start of the rift between them, that grows ever deeper. 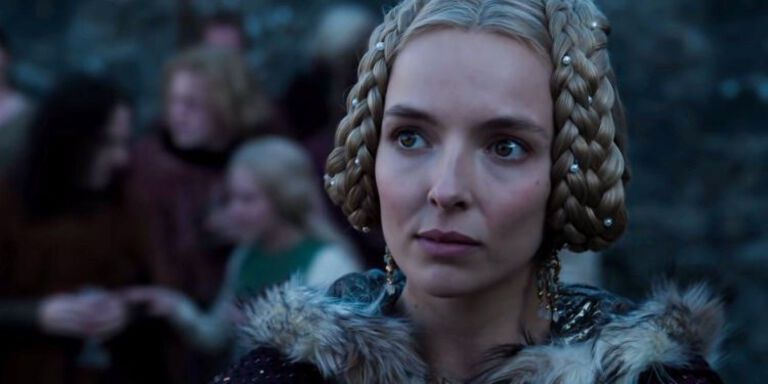 So this isn't the new Star Wars film?!

There’s no denying that Damon and Affleck know how to put a project together; not only did they get actress du jour Jodie Comer involved, but industry legend Ridley Scott to direct. And yet this epic historical drama failed to woo audiences, with the film budget over $100 million only managing to gross around $30 million back, making it a box office failure.

Despite its classy pedigree, it’s not difficult to see why audiences would have been put off. It’s two and a half hours long for starters, which can always be tricky for historical dramas, regardless of the talent involved. It doesn’t help itself with its narrative either, by telling the same story from the perspective of three characters: Carrouges, Le Gris and Marguerite. With the main story being that between Le Gris and Marguerite, the input from Damon’s character is somewhat superfluous and just adds to the already dragging running time. The heart of the film is the relationship between Le Gris and Marguerite, and that’s where the focus really should have been.

Some may also have been put off by the physical appearance of both Affleck and Damon, with Damon especially looking like he’s been beaten over the head with the Amish stick, with both foregoing their dashing Hollywood good looks for something more historically accurate. Apparently audiences aren’t keen on realism where physical appearance is concerned if it means the leads are ugly.

The script, however worthy and historically accurate it may be, is also a bit like riding through the muddy fields of France on horseback – a bit of a drudge and hard work. It’s all a bit too sincere and feels somewhat one note throughout.

Where it impresses however is on the battle front, Where Scott really goes to town with some spectacular fighting scenes that are violent and visceral. It’s surprising that its during these scenes that we get a greater sense of emotion from the main characters, more than anywhere else in the film.

The most frustrating part about The Last Duel is that there’s clearly a decent film in there; it has all the right elements, although some of them in the wrong ratio such as its length, as it would have certainly benefitted from some brutal editing.

Although history will prove that this doesn’t quite match their script writing achievements they reached with Good Will Hunting, you have to admire Damon and Affleck’s ambition, flawed as it may be here. Certainly Scott’s battle sequences are impressive, but overall the film is likely to leave you feeling overall somewhat comme ci comme ca.