The Last Letter from Your Lover

There’s no disputing the fact that society has benefitted from the incredible advances in technology over the years. But as welcome as these advances are, they can come at a cost. For instance, the adoption of electronic mail has brought with it the death of the art of letter writing.

As a form of communication it can come across as archaic in its description; the writer puts their thoughts to paper using a pen or pencil, then places it in an envelope, that needs to be both addressed and stamped, before being physically taken to a post box to be put it in, which is just the start of its journey.

Technology has reduced this to a far shorter process: write what you need to, press send. And of course this method is far more practical, but there is no sense of romance whatsoever.

This film, based on Jojo Moyes’ novel of the same name, is in itself a love letter to the art of letter writing, as it follows the correspondence between a couple having an illicit love affair in the sixties. 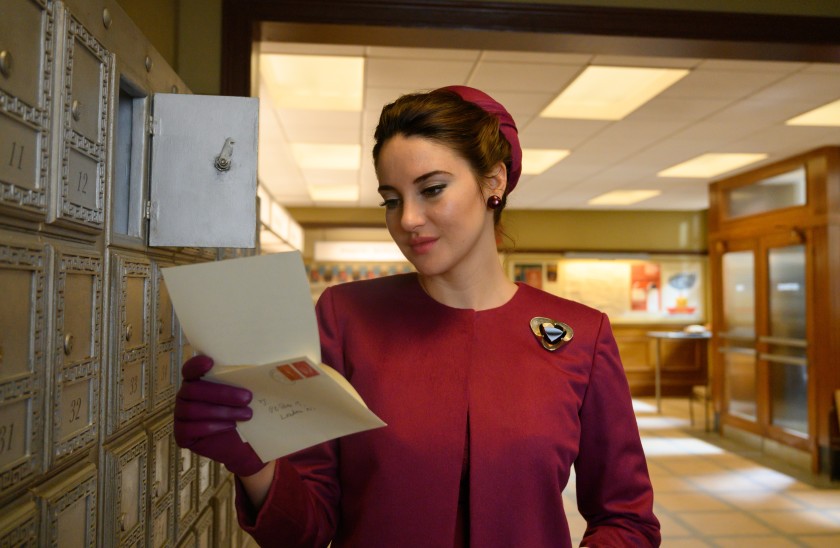 Hey Shailene, just to say that red isn't your best colour, from your number one fan.

Working for the London Chronicle is journalist Ellie (Felicity Jones). While doing some research for a story, she comes across a handwritten love letter that grabs her attention. Hoping to discover more, she visits the archive department, overseen by Rory (Nabhaan Rizwan), who despite being a stickler for the rules, allows Ellie to search for more letters.

And Ellie does indeed find more, and as she does so, she pieces together a love story dating back to 1965 in London, where married American Jennifer (Shailene Woodley), finds herself falling for journalist Anthony (Callum Turner), but at what cost? 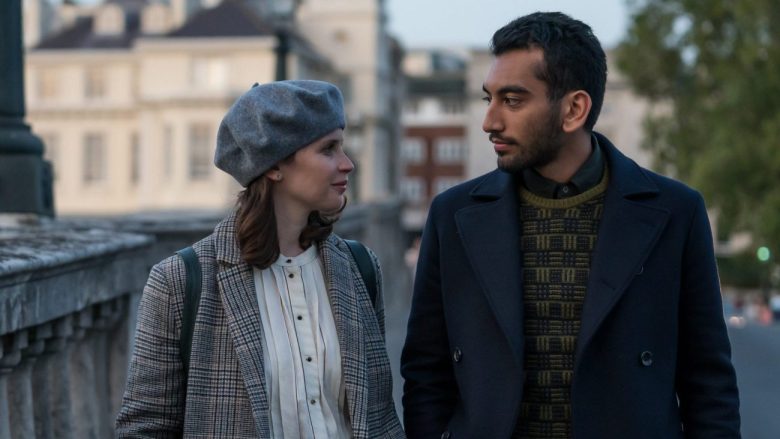 I'm sorry but I just can't take that poor excuse for a hat seriously.

US director Augustine Frizzell’s second feature is a two-pronged romance that jumps back and forth from modern times to the past. There’s certainly a pleasing retro feel to the story that unfolds in the sixties, capturing the style and glamour of the time. What’s a little off however, is the romance itself. The problem is that the three main protagonists – Woodley, Turner and Joe Alwyn who plays Jennifer’s husband – all look far too young for their respective roles. There’s no doubting their acting abilities, but their youthful appearances are at odds with the gravitas of their characters, so much so that it can feel a little like children playing dress up.

Perhaps it’s less their fault and more that of classic romantic films, which saw the likes of Cary Grant and Ingrid Bergman falling in love on the big screen; even during their earlier roles they already had a level of maturity about them. But it is this youthful cast that proves to be a distraction throughout, as they all look far too young to know what love really means, never mind write letters about it.

The film fares better with its modern setting, with the amiable Jones – with almost an air of her Bridget namesake about her character – embarking with some trepidation in a new relationship with Rory, played by Rizwan. Although possibly known better for being an up and coming comedian, and for his participation in the hit show Taskmaster, Rizwan is also a British actor, working on his portfolio of roles. His part here certainly showcases his talent, as the relationship that builds between his character and Ellie is the most genuine on show.

Frizzell’s film certainly illustrates the romantic nature of the love letter, but with it lacking passion as far as its young, historical characters are concerned, it’s not so much that romance is dead, but it’s certainly not worth writing home about.