The American Film Institute are very keen on compiling lists. Over the years they have compiled various lists, from the 25 best scores, 100 best movie quotes, and 25 best musicals.

In 1999 they put together a list of 50 American screen legends of the Classic Hollywood era, which featured 25 men and 25 women. To satiate any curiosity you may have, Humphrey Bogart topped the men’s list, and Katherine Hepburn the women’s.

Hitting the women’s list at number 21 is Sophia Loren. That of course is quite an achievement in itself for the Italian born actress, but she also happens to hold another accomplishment, in being the only member of that list of 25 to still be alive. Not only that, but to be continuing to work, as this new film illustrates. 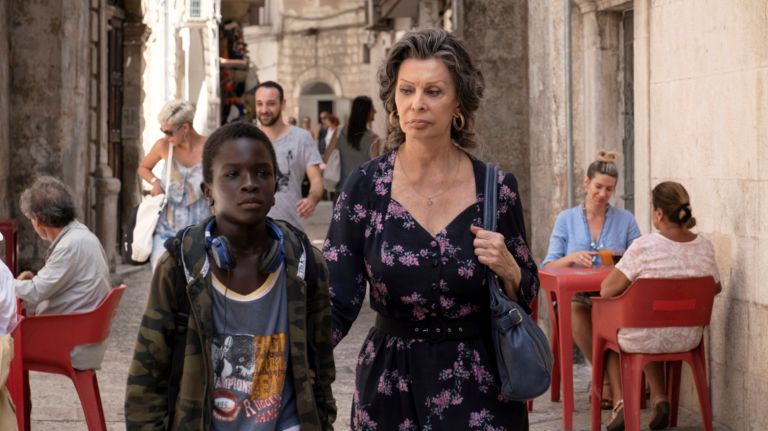 I still can't believe he was listening to Michael Buble in the house.

Having been taken in by the caring Dr Coen (Renato Carpentieri) at a young age after tragic circumstances in his home life, young Momo (Ibrahima Gueye) has had a truly unsettled period to date.

After his path crosses that of Madame Rosa (Sophia Loren), Dr Coen believes that perhaps the ex-prostitute would be the best person to look after Momo on a more long term basis, especially as she is already looking after two young children as it is.

Rosa takes some persuading however, particularly after her initial meeting with Momo was far from ideal.

She does eventually agree, and 12-year-old Momo moves in. Momo is certainly not happy with the arrangement, and goes off doing his own thing, which unfortunately involves criminal activity.

Rosa isn’t aware of his wrong doings, mostly as she is wrapped up in some personal issues of her own that she is facing. The pair do eventually find some common ground, but with both dealing with other parts of their lives, their new found relationship soon comes under scrutiny. 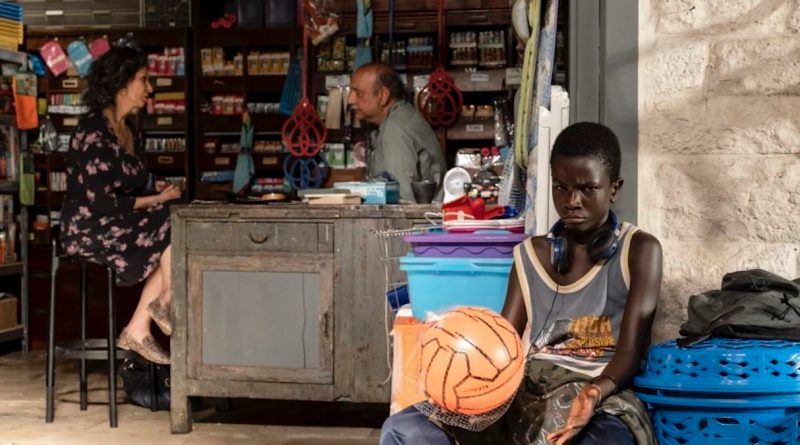 I'm still in shock that she's going to trade me in for a PS5.

Although Loren’s career hasn’t been littered with appearances in truly classic films, she has been a long-term favourite with audiences, which has somehow seen her being bestowed with legendary status, rightly or wrongly.

This Netflix original is the highest profile feature the 86-year-old actress has appeared in for a number of years, and she certainly makes the most of it with a terrific performance.

Perhaps the main reason she agreed to it is that her son Edoardo Ponti directed it for his third full feature, proving that nepotism is far from dead.

To be fair, he does a decent enough job, particularly with both his mother and the film’s young star, who as you would expect, especially towards the latter parts of the film, effortlessly tugs those heartstrings, with a few tender and moving scenes.

The only down side however is the clichéd story, which as soon as it's initially set up, turns the audiences into clairvoyants with the canny ability to predict exactly how the narrative will unfold, offering very little in the way of any surprises.

Still, the relationship between the two is very endearing, and regardless of whether or not you feel that Loren is worthy of being described as a screen legend or not, it’s good to see an actor in the latter stages of their career, take centre stage once again with such zeal and gusto.