With the release of Romancing the Stone in 1984, directed by Robert Zemeckis (who went on the following year to helm a certain Back to the Future), audiences witnessed a wonderful fusion between high energy action and characters – played by Kathleen Turner and Michael Douglas – full of sassy dialogue.

To a certain extent, at least as far as the on-screen chemistry was concerned, it was replicated the following year with TV’s Moonlighting, that made a star of a certain Bruce Willis.

Since then, that strong female and male leads on an intense adventure has sadly been lacking from our screens. Heading the rivival here are Sandra Bullock and Channing Tatum as they attempt their own adventurous romancing. 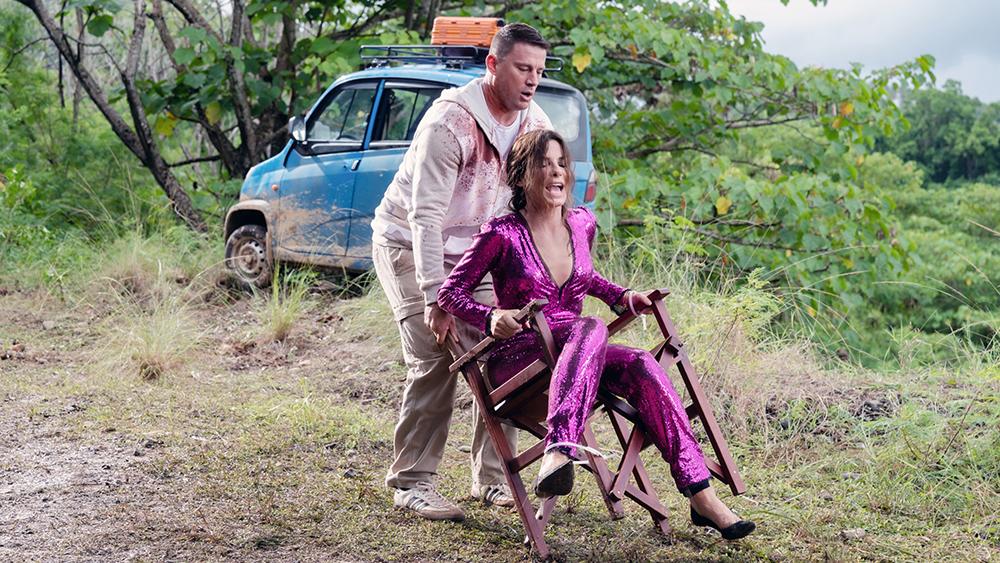 Listen I appreciate the help, but shouldn't there be more of you? I'm Sandra Bullock!!!

Schlepping her current romantic novel on the book tour circuit is novelist Loretta Sage (Bullock). It’s her umpteenth novel, featuring the devilishly handsome Dash, and it feels as if Loretta might be falling out of love with her leading man.

She’s also a little fatigued by Alan (Tatum), who also attends her press engagements in character as Dash, as he plays him on the cover of her books, which causes a tsunami of swoon throughout the audience. She is so irked by proceedings that she ends the conference with a shocking statement – to her fans and Alan – that this will be the last appearance for Dash.

On leaving, she finds herself inexplicably kidnapped and swept away to meet a certain English billionaire Abigail Fairfax (Daniel Radcliffe). He’s not a fan of romance novels, but he is interested in her previous, less glamorous career of archaeology which she shared with her late husband.

He believes that if anyone can crack the code to the location of the crown of fire on a distant island in the middle of the Atlantic, it’s Loretta. So he flies her there, along with his henchmen, to discover the island’s hidden treasure. Although he may only physically look like Loretta’s hero from the pages of her novels, Alan decides that he’s going to be the one to rescue her, somehow. As heroic as his sentiment is, the reality of being the hero proves to be the biggest challenge. 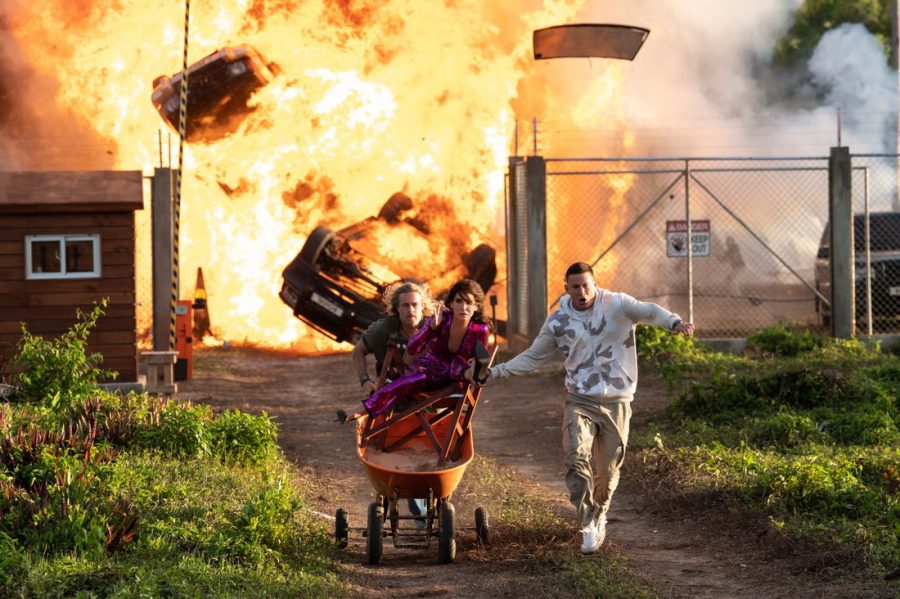 I warned you they don't take kindly having your car go over the time limit in their car park.

There seems to be a disturbingly large number of directing brothers currently, what with the Russo’s, the Duffer's, the Safdies', and of course the Coen's, just to mention a handful. Why there aren’t anywhere near the same number of sister directors is unclear. Maybe the Wachowski’s count, maybe they don’t, we’re not sure anymore. New bros on the block however are Aaron and Adam Nee. This is only their third collaboration together, and the first big budget affair. And on this evidence, the siblings are somewhat overwhelmed by it all.

Although it uses Romancing the Stone as a basic template, it deviates too far from it, resulting in a luke warm attempt. For starters, there’s not nearly enough peril in it. And what action scenes there are in it, are far from exciting. The one exception however is Brad Pitt and his entertaining kick-ass cameo, which the film could have done a whole lot more of.

It’s also difficult to comprehend Tatum’s character; his Adonis physique is at severe odds with the concept of the ineptness of him as an action hero. You could accept it if it were Mr Bean attempting it, for example, but Tatum? It’s just too difficult a pill to swallow.

Where it scores brownie points however is in the genuine chemistry between Tatum and Bullock. The pair are clearly having a blast, even if the audience sadly isn’t. And Although it’s fun to see Radcliffe in a Bond villain-esque role, his character isn’t pushed nearly as far enough.

The biggest take away from this effort is that the time is certainly ripe for another Romancing the Stone flick, it’s just sadly not this one.