The Man Who Killed Don Quixote

To say that the story of Don Quixote has been a passion project for Terry Gilliam is an extreme understatement.

For nearly the last thirty years Gilliam has attempted to bring this story to the screen on a number of occasions, with various cast changes, only to be thwarted one way or another to get it over the finishing line.

At last, the stars have finally aligned for him to realise his vision, as his Don Quixote finally gets to fight his demons on screen. 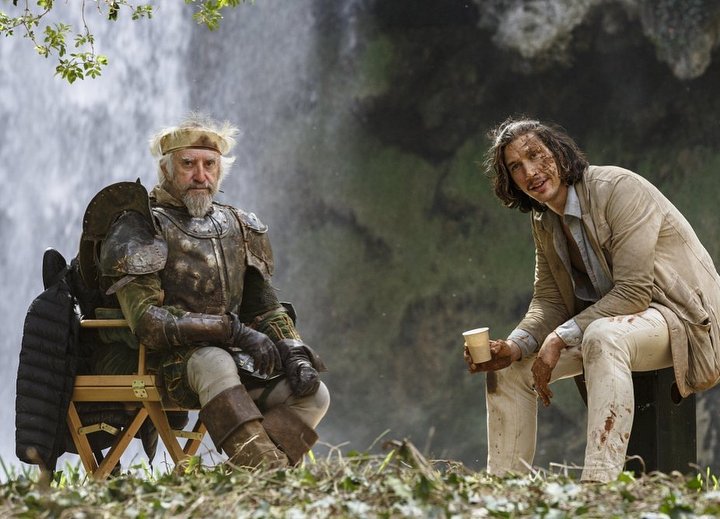 Barry's done it again! How come he's always first in line at the catering truck?!

Shooting a TV ad in a rural part of Spain is American director Toby (Adam Driver). Although the subject matter means a lot to him – he made his name from his graduation short about Don Quixote – he just doesn’t have the same kind of passion to use his hero in this soulless commercial capacity.

It just so happens that where they’re currently shooting isn’t that far away from where he filmed his school project. Toby decides to pop on a bike and take a trip to some of the locales where he shot. To his surprise, he actually comes across his leading man, Javier (Jonathan Pryce) who was a shoe-maker when he first met him. What is soon apparent to him however, is that Javier never shook off his Don Quixote persona, as he now believes himself to be the real deal. This leads the pair on a curious adventure, where distinguishing between fact and fiction becomes somewhat of a challenge for them both. 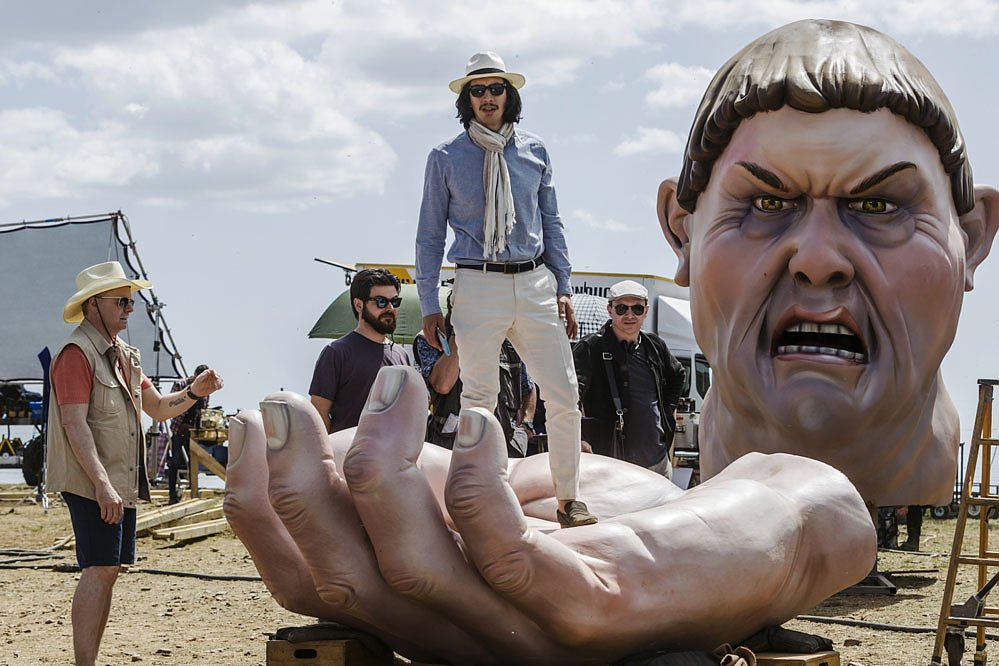 Didn't I tell you all that I had Adam Driver in the palm of my hand!!!

It’s a real testament to Gilliam’s determination and dedication to finally realise his vision for this project. To get a sense of the purgatory he’s suffered with this project, it’s worth watching the 2002 documentary Lost in La Mancha, which was initially simply a ‘making of’ video, but ended up documenting one of his previous attempts, where he got to the shooting stage, but soon became so problematic, production had to be stopped and the project shelved.

Having watched this effort you can understand the director’s desire for the project as its classic Gilliam territory. It is a world where not only is one of his characters drawn into a world of fantasy, he is soon joined by his main protagonist.

It’s here that the film plays to its strengths, which are also unsurprisingly Gilliam’s, and that’s its visual treatment.

Shot on location in and around Spain, there’s a tangible sense of warmth and colour that certainly helps bring the fantasy elements to life. Gilliam creates the perfect playground for his Quixote and substitute Sancho in Driver.

Driver is his usual commanding self, making him highly watchable throughout. Pryce also makes a solid Quixote, but his performance feels somewhat stunted in places, and although he certainly looks the part he comes across as inexplicably restricted.

Perhaps where Gilliam loses his way a tad is with his script. The story is somewhat on the sprawling side, as it manages to incorporate an evil Russian businessman, who has a whiff of a Bond villain about him. Toby’s love interest, played by Joana Ribeiro, also struggles to resonate on screen.

The fact that the film made it to screen is a miracle in itself, and now that it’s here, it sits very well within the oeuvre of Gilliam’s work.

It may not be classic Gilliam, but as he proves here, he’s still a creative force as he finally brings his dream project of Don Quixote to life.