The Many Saints of Newark

It’s difficult to deny the impact that streaming has made on how we all consume our media these days, although it could be argued that there’s a case of quantity over quality.

But laying much of the ground work for such a service was the arrival of subscription based TV, in particular Home Box Office; in essence, the first streaming model just without the streaming. It’s quite mind boggling to think that it began in 1972, with mostly sports events, but really began to make its mark with original dramas, with its first notable hit being The Sopranos.

This crime drama, created by David Chase, focused on the life of crime boss Tony Soprano – played by the late, great James Gandolfini - as he came to terms with his duties as husband and a father at home, with those with his other ‘family’ as a mafia boss.

The series ran for six seasons and was both a critical and commercial success, much of it down to the fact that being on a subscription based service, the material was allowed to be of a more mature, adult nature, in both themes and content, showing a grittier account of mafia life that you just couldn’t show on network TV in the States.

Fourteen years after the last episode aired, created David Chase returns to the streets of New Jersey, with a prequel to his original story, focusing on a young Tony Soprano, and the making of a made man. 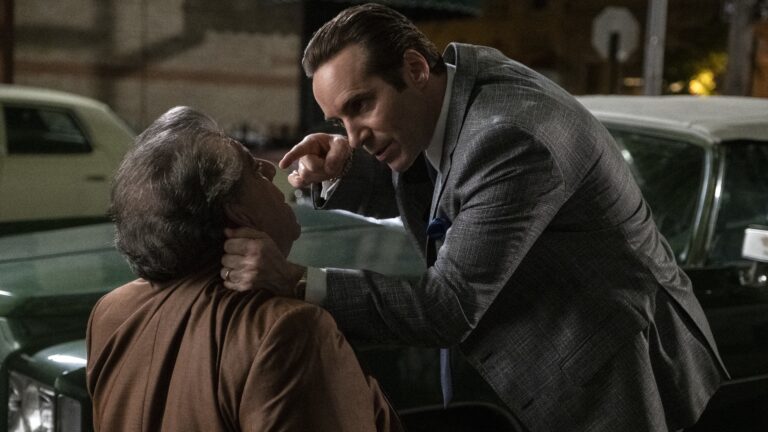 Don't you ever, ever try and tell me that Casino is better than Goodfellas.

The late sixties in Newark, New Jersey, a city with a strong Italian community. A young Tony Soprano (William Ludwig) is curious about the family he’s a part of, with his father Johnny (Jon Bernthal) an important member of the local mafia. When his father has to do a stretch in prison however, an impressionable Tony gets closer to his uncle Dickie (Alessandro Nivola), who quickly becomes his mentor.

With the arrival of the seventies, and with Tony (Michael Gandofini) now a teenager, he starts to question whether this life of crime is for him. Meanwhile, the crime and violence increases around him on the streets, as the Italian crime family face new adversaries from within the black community, who are keen on a piece of the action. 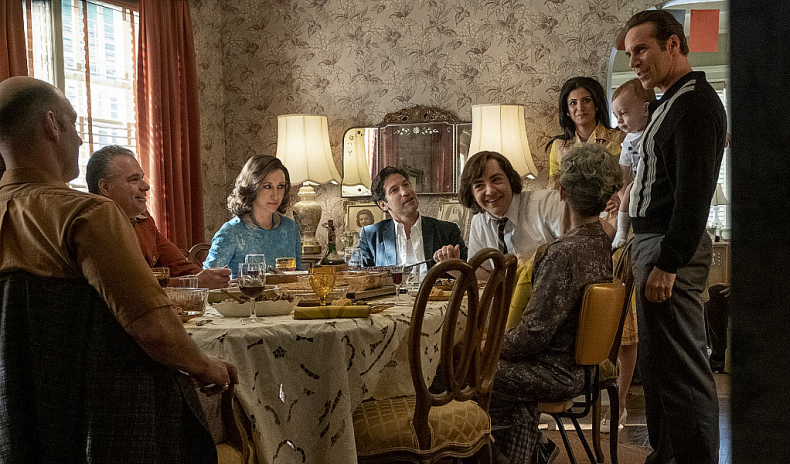 Seriously, you want me to order you a Nando's?

You can see the appeal of an origins tale for Tony Soprano as being one that David Chase would like to return to. It’s a background that reveals the making of a mafia boss, and those that influenced him growing up.

This film however, is strangely caught between two worlds; it is a prequel to a hugely successful TV show, and has been produced as a feature film, that included a cinema release. And sadly it suffers somewhat from being a hybrid.

Although it has a recognised pedigree as TV crime drama, by being set in the late seventies and eighties, it’s competing with the likes of Scorsese and his classics Goodfellas and Casino, whether it likes it or not. Unfortunately both director Alan Taylor and Chase adopt the long form of narrative, giving it a more TV drama flow, with a somewhat slower pacing, making it feel more like a TV special than a cinematic event.

It certainly feels more at home on the small screen, but even then is still a little sluggish.

Still, although the world is a familiar one, and doesn’t offer anything by way of any new insight in the world of crime, the story of a young Tony Soprano is an interesting one, made more so by the fact he is played by Gandofini’s son Michael, which is savvy bit of casting.

The film certainly could have benefitted more from focusing on the young Soprano, as he’s the character that many of us have invested so much time into, but his rise feels like its pushed into the background somewhat, as other characters around him attempt to make more of an impression. They do just that, but at the expense of coming off somewhat clichéd in the process.

As a prequel however, it’s a film that can be seen as a standalone experience, but obviously those who watched the TV show will get far more out of it.

It could be said that it stays true to its TV roots, but there was an opportunity to go big or go back to Newark, which it missed, resulting in being disappointing safe.

It’s an interesting addition to the family, but one that you wouldn’t expect a seat at the main table.