Prison flicks are two-a-penny, with the genre well established in cinema history. And although not as well represented, there are a surprising number of equine features that rear their maned heads from time to time on the big screen.

French actress Laure de Clermont-Tonnerre has possibly created the most niche of sub-genres with this her directorial debut, the horse prison film. 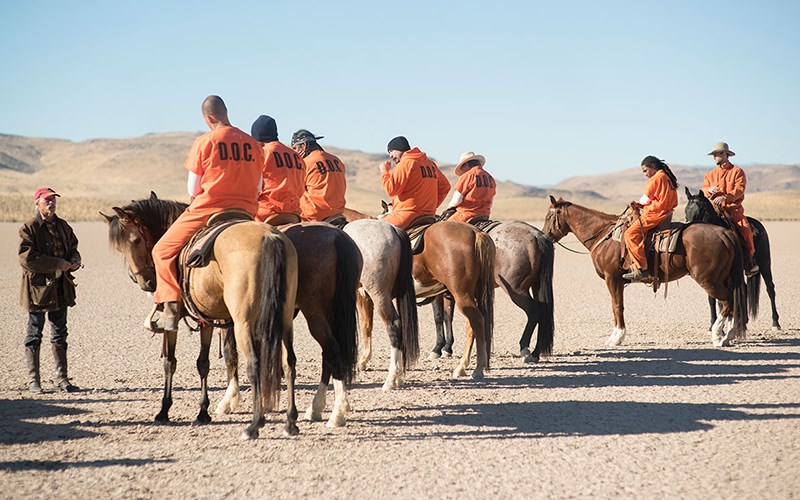 So we're going with The Despicable Seven.

Despite spending 12 years behind bars, Roman Coleman (Matthias Schoenaerts) is a man still full of rage for the crime he committed. After discussing his situation with a psychologist (Connie Britton), he finally admits to not really being a people person, so she attaches him to a unique program where he can work outdoors.

At first he's chored with cleaning up horse waste, but when the boss of the programme Myles (Bruce Dern) sees that Roman shows an interest in the horses, he gives him extra responsibility. The program sees inmates training wild mustang horses, of which there is an abundance, so that they can be introduced into society in a working capacity, by being sold off at auction to the likes of the State police, border patrol etc.

And with his relationship with his daughter Martha (Gideon Adlon) on the prickly side, Roman finds an emotional outlet working with the mustangs that he never expected to. 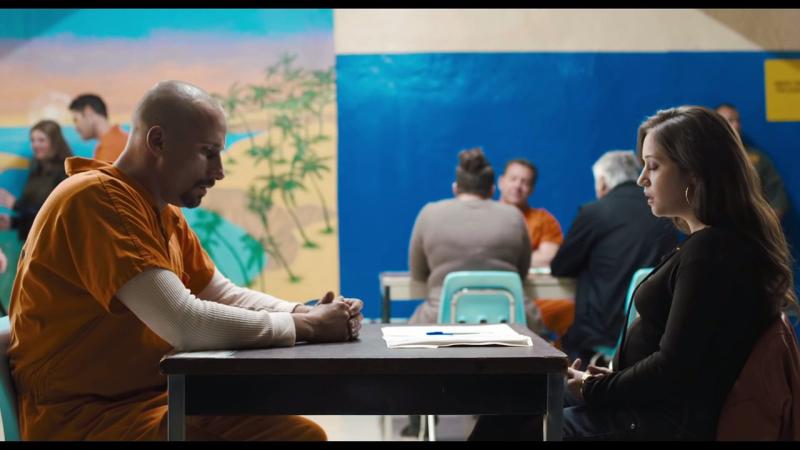 But the only thing I stole was your heart! Oh and all that money from the bank...

Although the premise sounds a little woolly, it’s actually based on fact; a number of states run The Wild Horse Inmate program, and have seen positive outcomes from its existence. When you consider that dogs and cats are used increasingly more for therapeutic uses, particularly amongst the ill and aged, it makes a lot of sense.

At the heart of Clermont-Tonnerre’s film is a story of connection; Roman is the type to build walls high, as a way of not letting anyone in. It’s only when he’s confronted with a creature that does the exact same thing, in this instance an untamed horse, that a mutual case of trust building begins.

Although Schoenaerts says very little, the relationship his character develops with his horse co-star is just about enough to get it over the line. The film is certainly aided by veteran Bruce Dern, who gives a well-grounded, yet still captivating performance.

Clermont-Tonnerre leaves a few loose threads hanging as far as the story is concerned, but it’s the slow and steady build up of the bonding of man and horse that steals the show.

Without being over-sentimental or syrupy, she manages to inject a modicum of warmth and tenderness into a scenario that would usually be devoid of such emotions.

To that end, The Mustang has a sombre beauty that just may well catch you unawares.