It wasn’t that long ago that film actors wouldn’t touch a TV project with the proverbial barge pole, as it mostly would signal a decline in their career.

This landscape has changed considerably in recent years, mostly thanks to streaming sites, as well as the higher quality of material that can now be found on the small screen.

One British actor who has certainly embraced TV in the last few years is Jude Law. In 2016 he starred in the ambitious mini-series The Young Pope, and its 2019 sequel series The New pope, then followed them up with the dark thriller The Third Day for Sky.

This film is somewhat of a halfway house for the actor, as although it’s getting a theatrical release, it’s produced by BBC Films, so will no doubt be making its way to the small screen imminently. 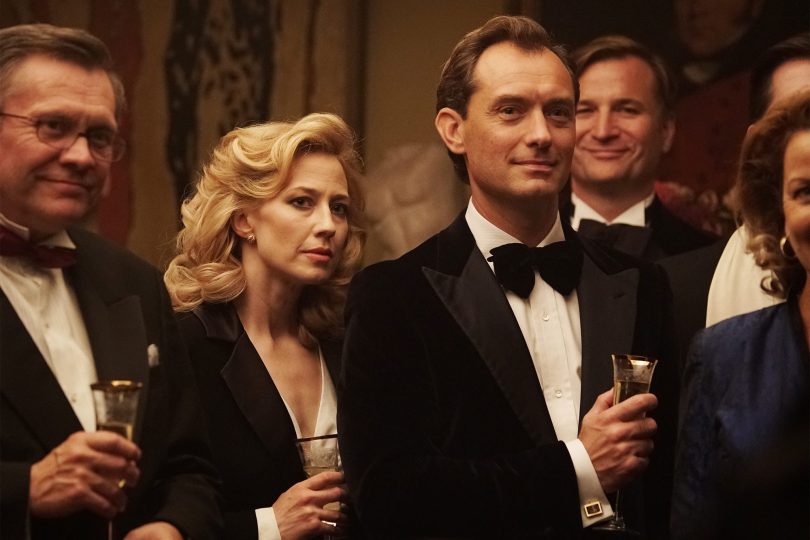 Sometimes it was difficult to hide disappointment during awards season.

With work not quite going the way he wants it to in the US, Rory (Law) announces to his American wife Allison (Carrie Coon), son Ben (Charlie Dhotwell) and step-daughter Sam (Oona Roche), that he feels he has a great job opportunity back in the UK. Although none are really thrilled at the prospect of moving, they agree to go.

To help ease the move, Rory has rented a huge, magnificent property for them to live in. All seems to be going well at first, but it’s not long before Allison gets the impression that Rory’s position as a hot commodities broker may not be the dream job he made it out to be, as the threads of the family unit start to become undone. 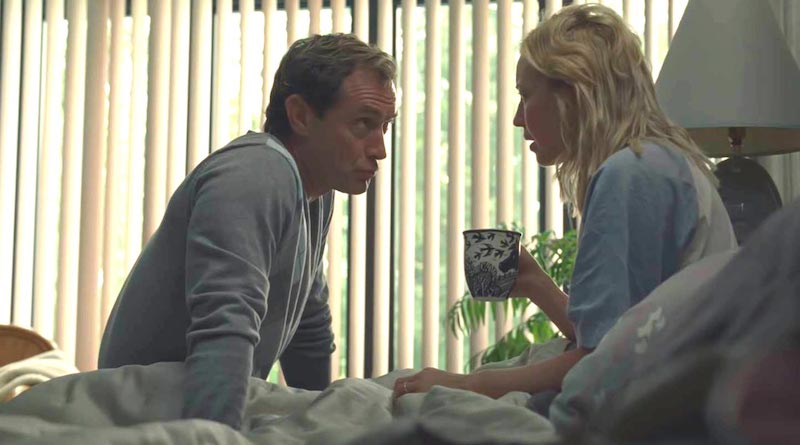 It's a cofftea, half coffee, half, tea, I thought you'd love it.

Canadian Sean Durkin didn’t appear to be in any hurry to follow up his 2011 directorial debut Martha Marcy May Marlene any time soon. And when he did get around to working on this title, that slow pace has also translated to on screen.

His film is one that appears to be building to something right from the off, although it’s not clear what that may be. Cleverly he’s shot it as a period piece, but without ever fully announcing it as such, only dropping in clues like music of the time to indicate that it’s the eighties.

There are times throughout that the film comes as a welcome homage to early Hammer films, with just a hint of Polanski, giving the feature an unsettling energy throughout, which certainly holds your attention.

It’s disappointing then that Durkin’s film, which he also wrote, doesn’t quite fulfil on its promising start, as it heads towards a finale that diminishes all the interesting work before it. What could have been a dark and troubling thriller, ultimately mutates into a sombre family drama that ends with all whimper and no bang.

Law is certainly convincing as a greasy city type, but it’s Coon who has the more interesting character as his wife, and her journey is far more compelling.

Durkin certainly proves he has the skills to produce intriguing content, as well as a genuine flair for directing, it’s just a shame that his film loses its way big time in the final third, taking one too many wrong turns resulting in a stalled conclusion.