If you’re a lover of music, there’s always a fascination for the rockumentary; the behind-the-scenes look at your favourite band or performer on the road, warts and all.

Some of the best examples over the years have included Bob Dylan’s Don’t Look Back from 1967, 2004’s Metallica: Some Kind of Monster and 1991's Madonna: Truth or Dare.

Putting her on spin on the genre is the American musician Annie Clark, AKA St. Vincent, with what feels like a mocku-rockumentary. 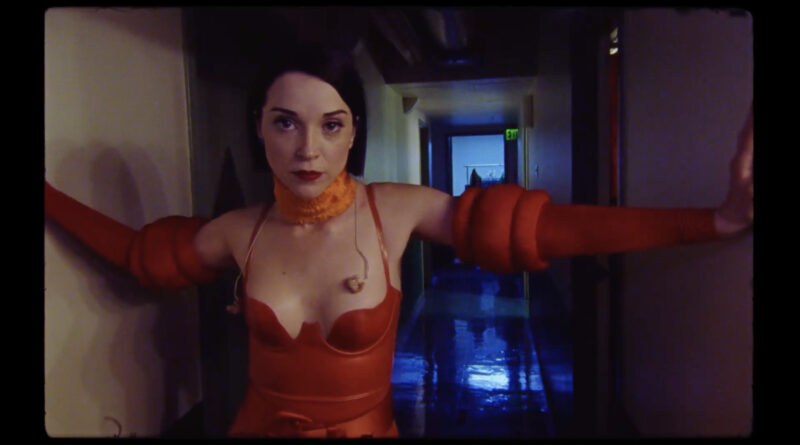 You may think the swimming armbands are too much, but you are wrong.

Annie Clark (Clark) has decided that the time is right to let the world know what it’s like to be St Vincent on tour, so decides a documentary is in order. As her best friend Carrie Brownstein (Brownstein) is a director, Annie decides she would be the perfect person to helm this project.

It’s not long into filming however that Carries realises that, despite having such a presence on stage, Annie isn’t quite as entertaining off of it, which makes for rather dull footage.

This soon puts a strain on both their working relationship and their friendship, as Annie attempts to adopt a more fitting persona, but as she does so it appears to come at quite a price. 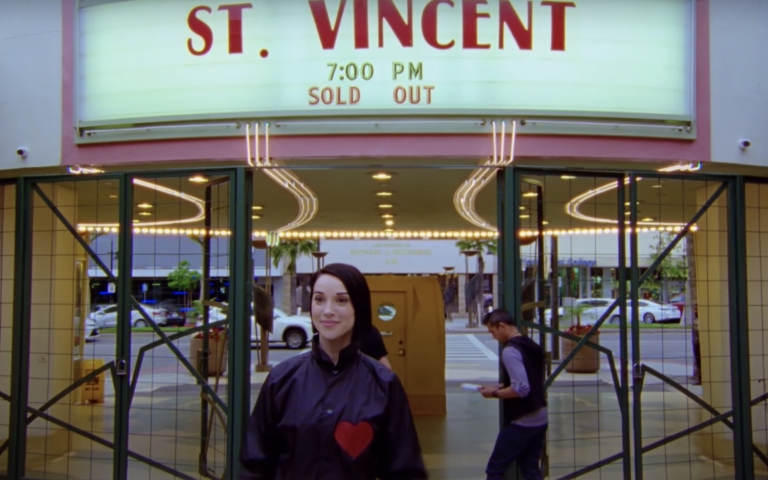 If you haven’t heard of Annie Clark, or St Vincent, you’re not alone – in fact Clark is more than aware that you might not have, and has some fun at our expense. If you listen to BBC 6 Music however, or any alternative version thereof around the globe, then she would have very much appeared on you musical radar. She also used to be in the Polyphonic Spree, which isn’t saying much, as the band was so big that there’s every chance that all of us at one point were a part of them at one time or another.

The thing is, you don’t need to be a fan of St Vincent to appreciate this film, as it far from being your standard rockumentary. It’s kind of been labelled a mockumentary, but that’s not entirely accurate; if anything it’s more of a parody with an edge.

What’s clear is that Clark doesn’t take herself seriously. To that end, the film pays homage to the likes of Head starring The Monkees, or A Hard Day’s Night starring The Beatles. Clark’s film may be darker in tone, but it’s just as irreverent.

What’s obvious is how talented Clark is; the film features her music, but surprisingly doesn’t linger too long on her appearances on stage, instead choosing to push the somewhat curious narrative that little bit further. This leaves Clark to take centre stage as the actress, which she excels at. Perhaps there should be no surprise that she would be the best person to play various versions of herself, but she not only does it with some style, she appears to be having fun whilst doing it.

And despite the film’s pseudo psychological narrative, Clark has some extremely funny moments, which she delivers like a pro.

If you were expecting to come away knowing more about Clark and her stage person St Vincent, then you’ve kind of missed the point of the film. This is an exercise for Clark to not only poke fun at the on-the-road documentary in general, but to particularly poke fun at the artist in the spotlight, and even more specifically herself.

It’s fair to say that it runs out of steam by the end, but by that point Clark has you hooked.

The Nowhere Inn is remarkably quirky, self referential, funny and highly original. And if the music stuff doesn’t work out for Clark, then she would do well to push on more with the acting lark, because she definitely has a talent for it.