It’s always been a struggle to see clowns as being evil. Stupid? Sure. Silly? Yep. An odd career choice to make in the first place? Absolutely. But evil? When Stephen King sent his novel It out into the world however, attached to a blood red balloon, along with the release of the subsequent TV mini-series and recent film, men who dressed in brightly covered overalls covered in white make up, suddenly appeared more eerie.

Nuns however, are far more sinister, as anyone who has seen the likes of The Sound of Music or Sister Act can testify too.

This habit-wearing title is the fifth in the on-going The Conjuring Universe, where it takes the timeline back even further, acting as it does as a prequel to The Conjuring 2, where a certain demon Nun made her debut. 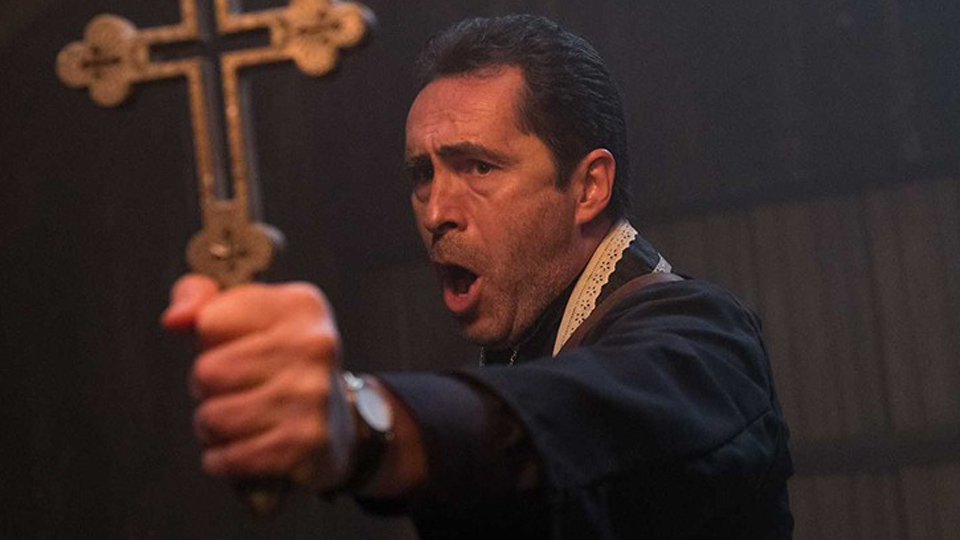 1952 in rural Romania, an abbey is rocked by a suspicious suicide by one of its nuns who resided there. Concerned, the Vatican send in Father Burke (Demian Bichir), an investigator of all things paranormal, in an attempt to get to the bottom of the incident. They also assign young nun-to-be Sister Irene (Taissa Farmiga) to go with him, to assist in any way she can.

It doesn’t take them long to realise that there is one clear reason behind the sad events that have taken place there – pure evil. What’s less clear is how to get rid of it, as dark forces quickly envelop them, with the intention of eradicating them first. 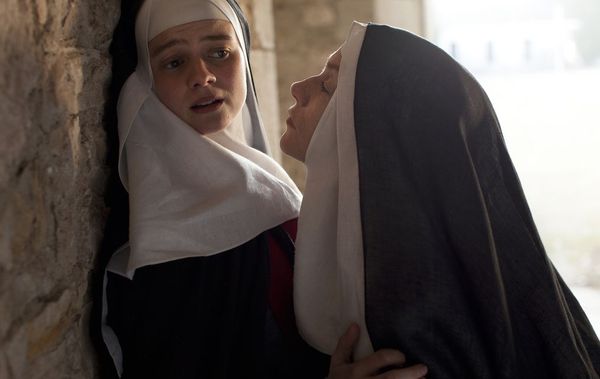 "hmm, I definitely smell bacon. Is it bacon?!

This release now acts as the third strand in The Conjuring franchise; supporting the existing Annabelle series, as well as The Conjuring films themselves. It’s unusual for a horror brand that doesn’t focus on one element i.e. a recurring evil character, such as Freddy or Jason, throughout. Instead, creator James Wan (who, along with Leigh Whannell, also created the Saw franchise) has cleverly come up with an umbrella theme, and is more than happy to add to it.

Luckily, you don’t have to have seen all the existing films before, as this feature works perfectly well as a standalone shocker.

It’s obvious from the outset that British director Corin Hardy is a huge fan of Hammer horror titles, as this is one long homage to its canon. The locations used in the film, suitably gothic, could easily have featured in any number of the British horror films, and you half expect Christopher Lee to float into camera shot.

And for the most part, Hardy does well in creating a suitably chilling atmosphere, even if he does go overboard with the use of dry ice. Where it falters however, is that it often feels that the set pieces came first, and that the somewhat woolly storyline is purely padding.

As a prequel it suffices, as it does in supplying a suitable amount of scary moments, just don’t be expecting a story of any weight behind it.

As far as the Nun herself is concerned, played once again by Bonnie Aarons, she is quite terrifying, looking as she does as a mix of Saw's Billy the puppet and Batman's Penguin, but God knows if she’ll ever be make it into the horror hall of fame with the likes of Freddie, Pennywise et al.