Someone should probably have a quiet word in the ear of Charlize Theron. With this her latest release she has chalked up nearly fifty roles in her career, with nine of those just in the last three years.

There’s no denying her talent, but it might be beneficial for someone close to her to find the courage to mention that quantity doesn’t equate to quality, as this humdrum effort sorely proves. 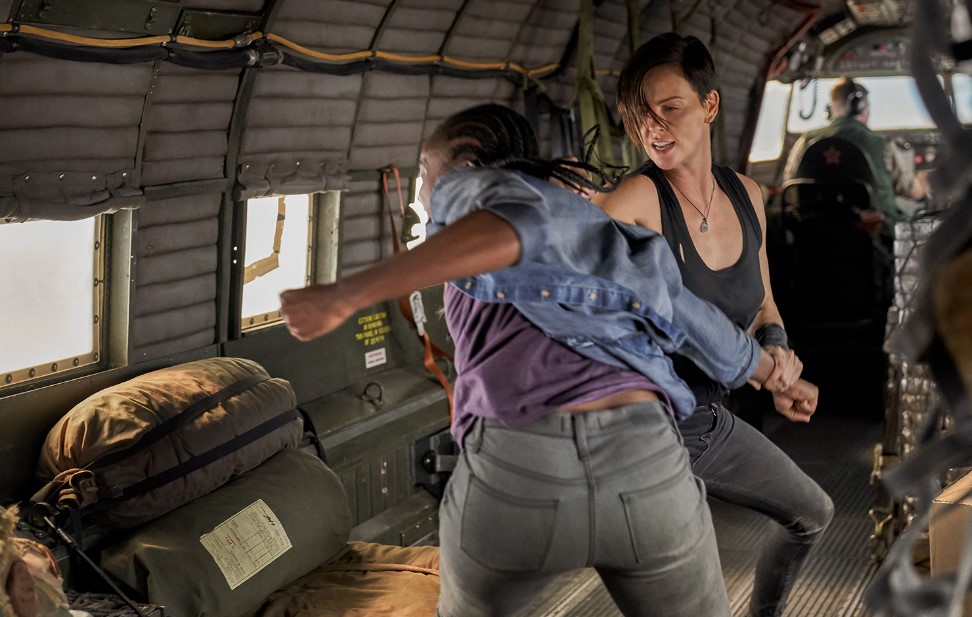 When an elite mercenary squad, led by Andy (Theron), are asked to rescue schoolchildren in South Sudan held captive by some militants, it’s a job they simply can’t turn down.

But when they arrive on the scene and start the mission, they soon discover it’s a set-up. There’s soon a heated exchange, with plenty of gunfire involved, which sees her entire team taken down.

As luck would have it though, they are all immortals, and it doesn’t take long for their bullet holes to heal. However in a twisted way, this is also good news for the man who sent the guys to kill them – pharmaceutical giant Steven Merrick (Harry Melling), as it only proves he’s very close to a scientific breakthrough.

Now all that Merrick need do now is capture Andy and her team, and he can examine them in his labs and discover the ability for all mankind to live forever, which he will sell at an extortionate price.

But Andy and her immortal chums aren’t that keen on becoming lab rats just yet, and are ready to put up quite a fight. 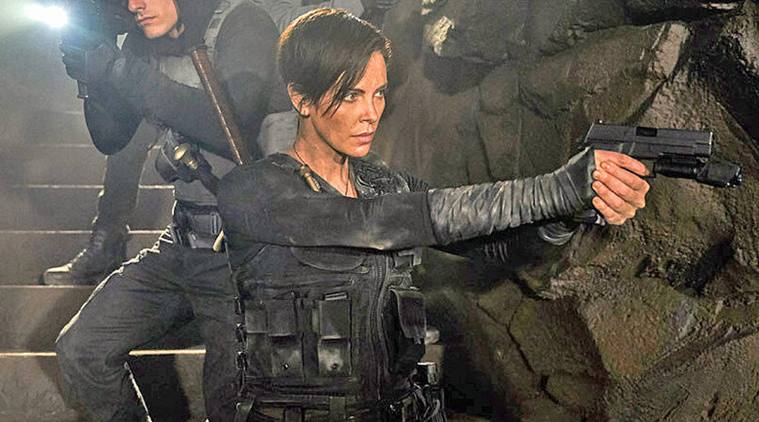 What the hell am I doing in this? I'm pretty sure I did win an Oscar.

After what feels like a promising start, featuring some zippy action scenes, it’s disappointing to see how quickly this mess quickly falls apart, on all fronts.

The main culprit is a truly unsatisfying script. Not only is it too long, but it also lacks any kind of personality. How a film about immortality can run for over two hours and not include any semblance of humour is quite worrying.

The only funny elements of it are most definitely unintentional; featuring flashbacks of some of the immortals throughout time. The problem clearly is that there was a budget issue, as these scenes are shot so tightly, they only feature the characters, in what can only be described as costumes that those stuck in lock down may have used as fancy dress to pep up the odd Zoom call. It’s these scenes in particular that make the film resemble a Sci-Fi channel original presentation from the mid-nineties, making The Old Guard feel really old fashioned.

And then you have the story itself. After creating a narrative featuring a group of immortals, the film then goes on to develop this bombshell of a storyline: the one thing that makes these immortals different from any others is this – they’re not actually immortal. Heavy stuff huh? Immortals that can actually die. It’s a game changer for sure, in the sense that it just takes a very large shit on the film’s entire premise. Now if that isn’t brave film-making, we don’t know what is. Oh news just in, we’ve just been informed that it really isn’t.

Credit to director Gina Prince-Bythewood however, considering this is only her fourth directing feature, she gets a lot of energy from her slick action sequences. Unfortunately for her, and mostly the audience, these are all too few and far between, with the director really showing her inexperience with this action genre with some tedious pacing issues, with the main one being it has no pace at all.

Not only is it disappointing to see Theron in such tripe, but also see the likes of Matthias Schoenaerts and Chiwetel Ejiorfor suffer too.

Considering what you think is a ripe area to explore, there hasn’t been a decent film about immortality (vampire flicks aside) since 1986’s Highlander, and sadly this feature doesn’t change that.

But maybe it’s a good thing. Maybe it will take Theron to die on her arse in this, for her career to be resurrected with some decent material.