There are a few telltale signs that you’re in the realms of a European art house film. One of the biggest give aways is if it’s shot in black and white.

Another indication is its duration, with anything over two and a half hours venturing into bum numbing territory a regular sign.

One of the biggest elements however is theme. War is certainly a strong one, especially if it’s sprinkled with controversy.

For his latest feature Czech film director Václav Marhoul has gone big by incorporating all of these elements into one film, putting it in contention as the mother of all European art house flicks. 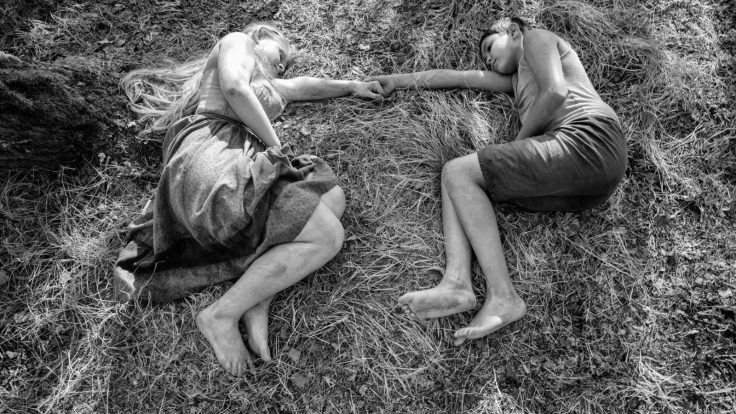 Due to a raging war around them, parents of a young boy (Petr Kotlár) send him to his aunt for safe keeping. However well-meaning their intentions, the plan hits an unexpected scenario, that finds the boy out in the world on his own.

As he wanders through the war-torn country, he is determined to find his way home, but as he soon discovers there are a myriad of obstacles in his way. 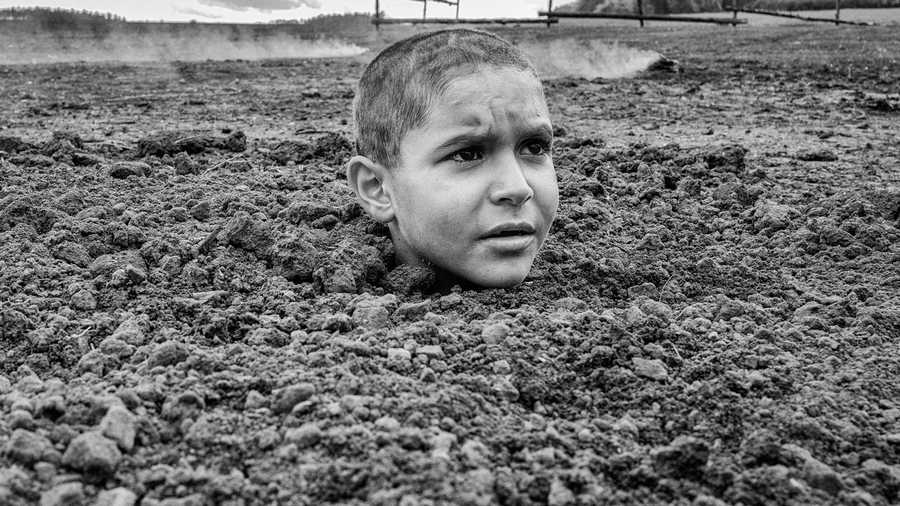 Guys, i get how funny it is, truly, but it's been three days now. A little help maybe?

Just as The Painted Bird ticks all the appropriate art house boxes, it adds a further one by being undeniably a difficult watch. If the beginning of the film finds its young protagonist just being flipped out of one frying pan, it’s only to end in another, and another, and another. To the extent that you may well find his name in the Guinness book of records for spending the most time in a frying pan scenario on screen.

He finds himself in so many difficult situations, that Marhoul makes his many encounters episodic. To that end, it’s like watching a binge session of The Littlest Hobo, with the difference being that the cute little pup gets into increasingly more worrying scrapes with every episode.

And with its near three hour duration, The Painted Bird is an emotionally draining experience. It is a film where its audience will be craving some semblance of light, but Marhoul is adamant to maintain the darkness.

It may well be a difficult, and at times uncomfortable watch, but it doesn’t mean it’s a film worth avoiding, far from it. There is an epic quality to Marhoul’s film, particularly with the richness of the black and white stock and its sumptuous cinematography. At times it feels like a hybrid of Italian Neo Realism with the visual shorthand of Andrei Tarkovsky, making it a dizzying experience at times. Quite an achievement when you consider it’s only Marhoul’s third film he’s directed in 17 years.

It’s unrelenting and heart-wrenching, driven by the impressive young Kotlár, who conveys a deep sense of vulnerability at every turn.

It may be quite bleak and harrowing viewing, but there’s a painful beauty to The Painted Bird that makes it a truly haunting experience.