If ever there were an actor of the current generation that it’s difficult to get a handle on, it’s Shia LaBeouf. He’s gone big with the likes of the Transformers franchise, he’s gone indie for Lars von Trier in both volumes of Nymphomaniac, and various stops in-between.

He’s also found time to wear a paper bag on his head. So it’s understandable for the jury to still be out on him as far as his talents are concerned.

There’s no denying he reaches a new level of maturity however in this buddy/road trip flick. 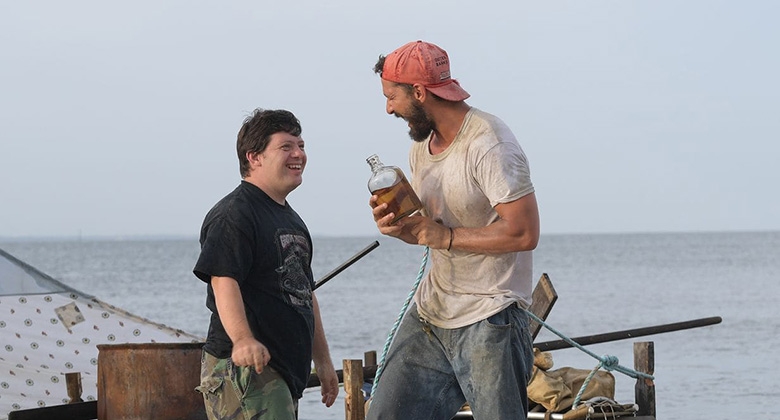 You see? I said you wouldn't taste the vodka!!!

It’s understandable that being a resident in a care home specifically for the elderly might not be everyone’s idea of fun, but imagine how it must be for a 22-year-old man. Zak (Zack Gottsagen) is a young man with Down syndrome, and as he has no family willing to look after him, the state of North Carolina has seen fit to place him just a facility.

It’s not that he doesn’t get on with the elder members, it’s just that he yearns for more from his life. He has a dream of becoming a wrestler, like his idol Salt Water Redneck (Thomas Haden Church), who just so happens to have a school for wrestling.

With a little help from a resident, Zak makes an audacious escape from the home, where he eventually hides out on a small boat, the owner of which is fisherman Tyler (LaBeouf). Tyler uses the boat himself, unaware of his stowaway, to evade a sticky situation of his own making.

It’s not long before the pair are as thick as thieves, with Tyler keen on helping Zak fulfil his wrestling dream. But with both of them on the lam, and with various individuals in hot pursuit, their buddy road trip is going to be far from easy. 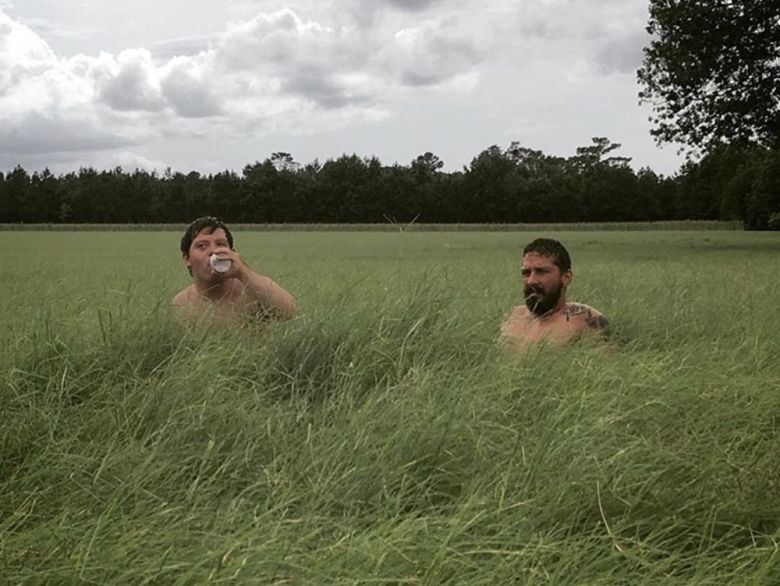 Now I wish i'd chosen the jacuzzi option.

When a film comes along, with an actor with a disability or disorder of some kind starring in it, there’s a tendency to think that their appearance could be conceived as being inappropriate, with their condition being perversely used to promote a commercial interest. And although that does happen, this just doesn’t feel like one of those times.

The other side of that coin is that these same actors very rarely get the opportunity to appear in films, never mind star in one. And there’s no doubting that Gottsagen is most definitely the star here.

Writers and directors Tyler Nilsen and Michael Schwartz, making their big screen debut together, have produced a delightful, upbeat film, without ever feeling that they’re taking advantage of their young lead, who it has to be said, appears to have a ball throughout.

And this is where LaBoeuf shows his maturity, by deliberately taking a back seat and allowing Gottsagen to shine, oh-so brightly. Their relationship seems utterly convincing, with a real fondness developing between the two, that never feels forced or awkward.

At the same time, LaBoeuf’s relationship with Dakota Johnson’s character not only has an organic nature to it, but also never outshines the one he has with Gottsagen.

That’s not to say that the film doesn’t have its syrupy moments, where it does pour it on a tad thick, but it’s easily forgiven by delivering a film with gentle warmth and undeniable charm.

The Peanut Butter Falcon is an unexpected, joyous gem, genuinely touching, that offers the sensation that very few films can these days, and that’s to make you feel far better than you did for watching it.