The Personal History of David Copperfield

When it comes to an author’s work being adapted for the screen, one name reigns supreme – William Shakespeare. He has had over 400 of his stories turned into films, which according to The Guinness Book of World Records, makes Bill a record breaker, which is news that would probably make him really rather chuffed.

Not far behind him though is fellow Brit Charles Dickens, with over 340 adaptations under his belt, which is none too shabby in itself.

The latest to be added to that list comes from the extremely bright and funny Armando Iannucci, directing what is, quite surprisingly, only his third feature, with his take on David Copperfield. 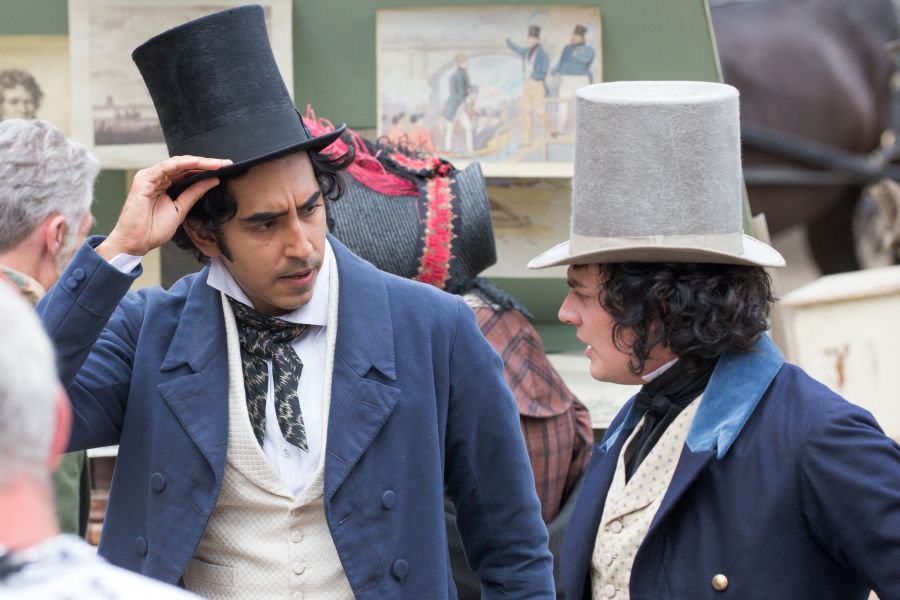 So sir, you are accusing me of having a rabbit under my hat?!

After the death of his father, young David Copperfield (Ranveer Jaiswal) was raised by his mother Clara (Morfydd Clark), with some assistance by their nanny Peggoty (Daisy May Cooper). It was a happy home until his mother met – and shortly soon after married – Mr Murdstone (Darren Boyd); their union brought nothing but misery for young David, that culminated in him being sent off to a bottle-making factory, where he worked his fingers to the bone.

Now a young man, David (Dev Patel), still found himself working in the factory, when Murdstone sees fit to visit him with some bad news. With it, David finds himself compelled to leave the factory, and set out on his journey of self discovery, with many adventures along the way. 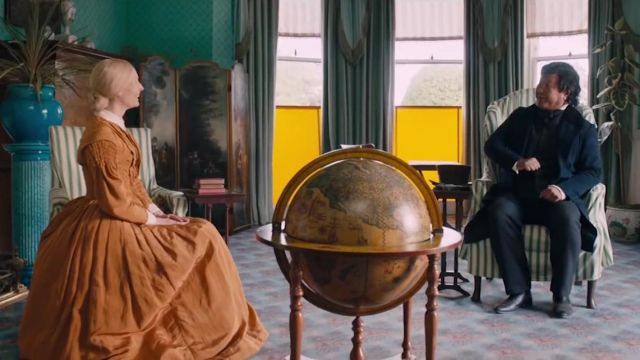 I bought it on Amazon. I ordered the flat world version and they sent me this marvellous monstrosity!

The great things about these adaptations of the classics, is that you get to enjoy the source material without having to bother reading them. And enjoy this you most certainly will.

Iannucci knows one or two creative types, and he pools much of it here for this truly entertaining film. The key, and some might say also the greatest challenge, is the writing. Of course Dickens did a swell job with the novel and that – which, incidentally, was first published as a serialisation between 1849-50, before its release as a book in 1850 – but Ianucci himself, along with regular collaborator Simon Blackwell, polished it up nicely for a highly accessible script, brimming with wit and charm.

And although the story has an engaging narrative, the film really shines with its many bold and colourful characters. Bringing them to life are the likes of Hugh Laurie, Tilda Swinton, Peter Capaldi, Ben Whishaw and Paul Whitehouse to name but a few. Swinton and Laurie in particular make a delightful double-act, who you would dearly love to see have their very own spin-off adventure.

The glue holding all the madness together however is Patel. Since his humble beginnings on the Channel Four show Skins, Patel has gone on to become one of the most watchable and consistent talents of his generation, who probably doesn’t quite get the credit he genuinely deserves. His Copperfield isn’t too outrageous, but then it doesn’t need to be considering the amount of oddball characters he comes into contact with. But what he is throughout is charming and appealing, effortlessly emoting a pleasing warmth, making him both affable and adorable.

Iannucci directs with energy and gusto, whilst still respecting the Dickens out of his focused text.

This is a film that embraces its old-fashioned-ness, and yet in doing so, makes it a superbly joyous and playful experience. One that Dickens would surely approve of, if only in his attempt to catch up with that cheeky scamp Shakespeare, and get that little bit closer to that record of his.