The Possession of Hannah Grace

It’s disappointing that possessions are seen in such a negative light. Imagine, working in a soulless, dead end job and having the ability to be possessed during your work hours. You can literally switch off and not be affected by the mundane nature of your job, whilst your possessee, who let’s face it, would probably be over the moon at the chance to live a little once again, excitedly gets on with your working day. That’s what you call a win win.

But no, everyone focuses on the downside of possessions; the bizarre body movements and inexplicable swearing, projectile bile vomiting etc. Unfortunately, this latest possession flick continues to ignore the many positives and promotes the archaic notion that taking over someone’s mind and body is a bad thing. That’s Hollywood for you. 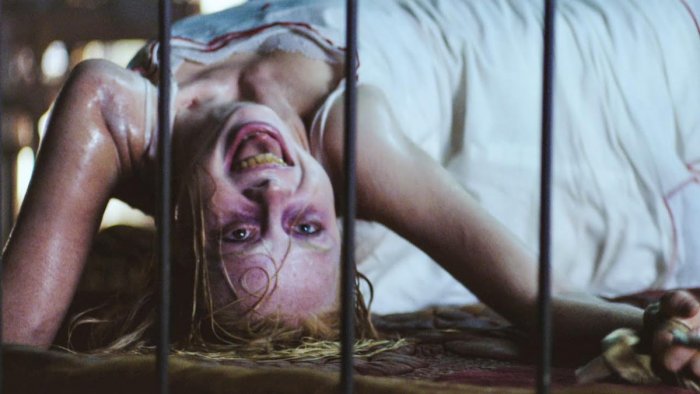 Yes honey, breakfast in bed would be a lovely idea.

After a tragic incident at work, where her colleague was murdered in front of her on a call, Megan (Shay Mitchell) has left the police force and is trying to turn her life around. It isn’t easy though, as she is still haunted by her past, which led her to drink and drugs.

Now clean, she’s got a fresh start in a new job at Boston Medical Hospital. And it’s certainly different from police work. She’s starting over as a Morgue Intake Officer on the graveyard shift. This means that during the night, she single-handedly runs the department, receiving dead bodies, scanning their fingerprints and taking pictures of them, before storing them away for further examination.

It’s only a couple of days into her new job, and she gets a body of a young woman. It’s mangled, with some severe gashes and burn marks. She catches Megan’s attention however, as her details say that she has brown eyes, when the corpse clearly has blue.

What’s even stranger, and certainly something that isn’t in her paperwork, is that the woman, Hannah Grace (Kirby Johnson) has already been certified dead – three months previous – after being possessed by a deadly demon. And when the body begins to move once more, it’s safe to assume that the exorcism didn’t quite go as planned. 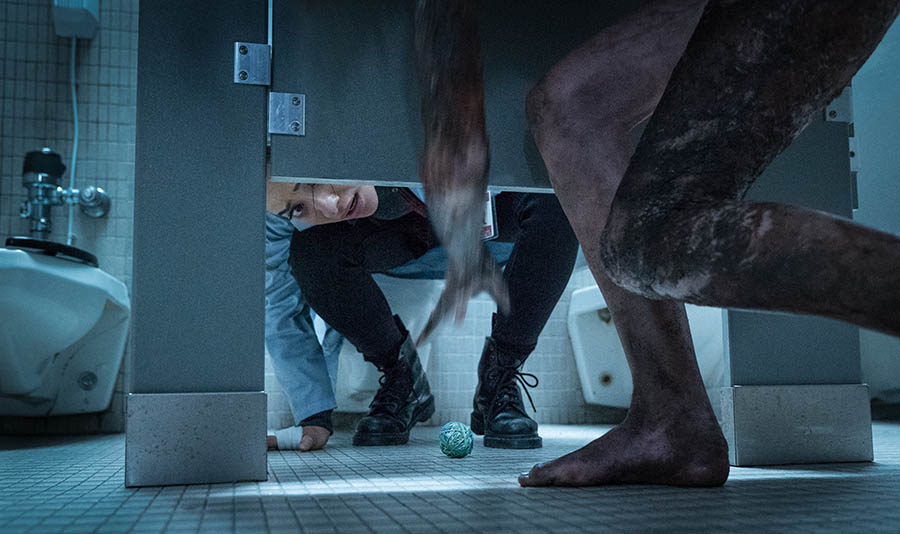 After the admittedly exciting opening scenes, which adhere closely to the formula of a possession flick, the film mutates into something altogether different. In fact, it becomes more of a homage to John Carpenter’s 1982 classic The Thing.

Instead of the isolation of the Antarctic, the action takes place in a Brutalist morgue, giving the appearance of a concrete tomb. It’s unclear what has possessed Hannah exactly, but whatever it is, it has drained every last drop of humanity from her.

What then takes place is a macabre game of dead cat and mouse, where Hannah patrols the long, darkened passage ways of the morgue in search of her prey.

Dutch director Diederik Van Rooijen does remarkably well in cranking up the atmosphere, setting the scene for appropriate scares and thrills. And although the idea of the possession being more monster than (wo)man is a strong one, he doesn’t push it nearly hard enough. This may well be down to budget restraints, in which case, he did pretty well with his limitations.

It certainly wasn’t spent on the cast, that’s for sure, many of whom, like the director himself, coming from a TV background. But despite their inexperience in motion picturing, they do well - Mitchell in particular – in lifting this up from being just an average B-movie horror flick.

Wasted potential for sure, but at least a decent and entertaining stab at breathing new life into the possession genre.