This is not the film we were expecting. Considering the predatory nature of the current POTUS, there was a chance this was a biopic of how such a tangerine of a man managed to win the top job. It would’ve probably starred Will Ferrell, with Kathy Burke playing the role of Melania, and featured a cameo of Adam Sandler as Donald Jr.

However, despite being horrified by all women alike, this flick is about the other predator. 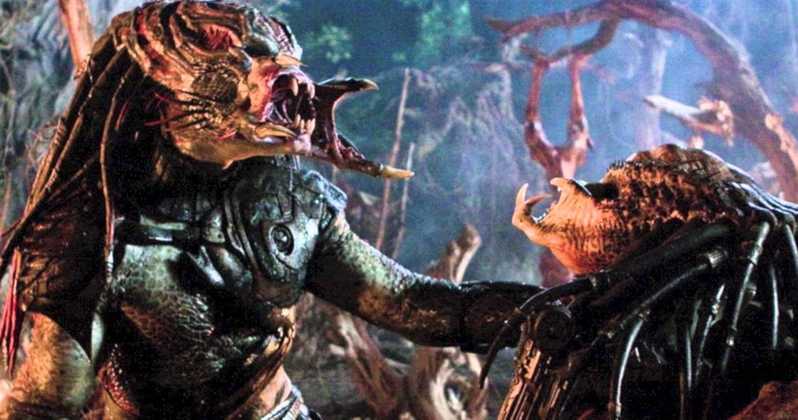 is there something wrong with your hearing? I asked for a decaf latte!

Space, often thought of as being pretty big, but you’d be surprised how you can still manage to hit stuff if you’re flying through it. That’s what happens to an alien in a ship, which causes him to crash on Earth.

And if you thought that was unfortunate, he just so happens to land in the middle of a conflict, with US troops shooting folk. One sniper, Quinn McKenna (Boyd Holbrook), manages to hit him and knock some of his alien armour off. Quinn decides to pick it up, and said it to a PO box back home.

Unfortunately, due to lack of payment, the package gets sent to his home, where his son Rory (Jacob Tremblay) lives. As he’s on the autistic spectrum, he decides to open up the package, and ends up playing with the alien wear. This sends out a signal that other predators can pick up, thus making him a target.

Quinn realises this, and along with a ragtag team of misfits he’s been thrown in with, as well as scientist Casey Brackett (Olivia Munn), heads off to save his son, and maybe even the world. 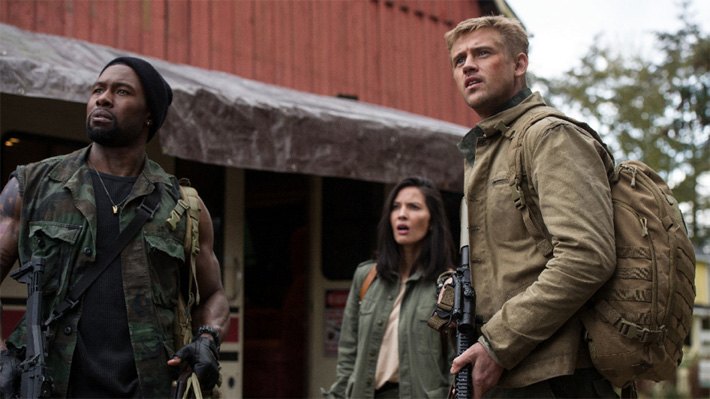 After The Predator crew screening finished, many realised that they had made a truly terrible mistake.

For those who care about such things – and quite frankly, we’re surprised and disappointed that you are – this is the fourth instalment in the Predator series proper, not including the two spin-off Alien Vs. Predator films. It’s been eight long years however, since its last instalment (2010’s predators), and by all accounts this title wasn’t all that necessary.

That said, director Shane Black has produced a proper big-budget B-Movie, paying homage to numerous action flicks of the eighties. On occasion, his script is laugh out loud funny, even intentionally on fewer occasions.

The story however, is as weak as a steroid-free Arnie. All show and no muscles.

It doesn’t help that the race of Rasta aliens aren’t terribly impressive to look at, particularly with their vagina mouths with horns, neither are their dreadlocked doggy sidekicks.

It’s also disappointing to see Munn involved, as she’s way better than this, quite frankly. Holbrook, well, not so much.

What’s more alarming is that Black is down next to write and direct a remake of the cult classic Doc Savage, which doesn’t bode at all well for the Man of Bronze.

If you keep your expectations low – to the floor low – this modern day b-movie has its moments. Just don’t expect anything with bite.