The Roads Not Taken

If there’s any man who could lead us to believe he has led more than one life, it would be Javier Bardem. The Spanish actor has had an incredible career to date, starring in small independent European films, like 2004’s The Sea Inside, to stealing the show in blockbusters such as 2012’s Skyfall, and everything in-between.

He has an undeniable presence on screen, in whatever role he is playing, and has an air of a man who has truly lived about him.

It’s no wonder then that British director Sally Potter cast him in her latest film, about a man and the lives he could have led. 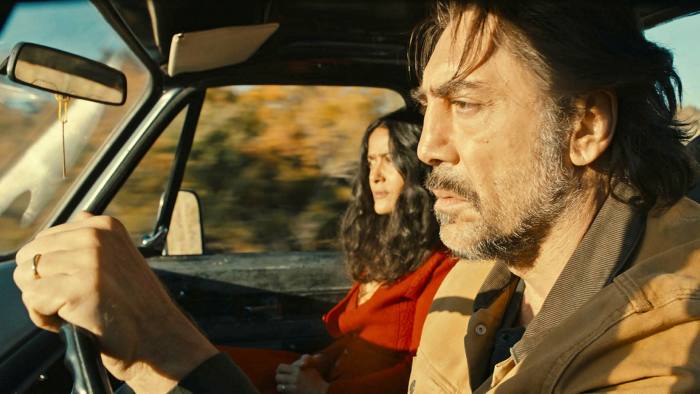 I'm just going to ignore him. As if i'm going to give him my free loyalty card coffee!

Living in a rather unpleasant apartment in New York City is Leo (Bardem). Not that he cares, as it appears he’s suffering from mental health issues, which leads to him being visited by his daughter Molly (Elle Fanning).

She has some errands that they both have to do, which includes taking her dad to get his teeth and eyes checked. Whilst out, her father’s distant behaviour suggests that he’s not only not there with her, that he also appears to elsewhere. 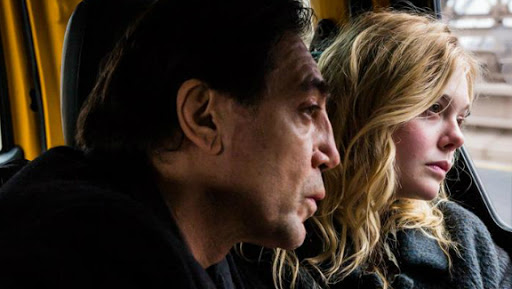 I wonder if he's this emotional with every patient he tells they have a verucca?

Although Potter’s film initially feels like an examination of mental health, it’s actually a subtext of its main theme – loss. Every strand of Leo’s various lives are united by loss. There’s its emotional presence with all versions dealing with grief, and then there’s the one thread of the New York version of himself that’s dealing with the loss of his mind throughout.

And then you have Fanning’s character, playing the daughter whose career is seemingly hampered by her father’s health issues, as she also comes to terms with the fact of losing a part of her father.

So despite Potter offering three versions of a man’s life, there’s little room for hope in any of them. This makes for a film that most certainly cannot be described as ‘feel good’.

There is a strange, hypnotic beauty in it though, especially in the performances. Bardem is spellbinding throughout, with each version of the character he plays utterly beguiling. With little dialogue for all versions of Leo, Bardem relies on his physical stature to convey his emotional state, making his performance(s) compelling and haunting.

And it’s hoped that Fanning received a per diem bonus for crying, as the young actress is called upon to well up at every opportunity.

It’s a quiet, reflective piece, which also manages to be thought-provoking by offering a take on how different a life can be if only it took a different turn. One thing’s for sure , it’s difficult to imagine any version of Bardem’s life that doesn’t see him as an incredible actor.