Big things are on the horizon for the highly talented Will Poulter. Big, Marvel-ous things. Since his impressive debut in the superb 2007 Son of Rambow, at the age of sixteen, he’s managed to make that leap into the US market, appearing in films like The Maze Runner franchise, The Revenant and Detroit. He also recently starred in the critically acclaimed US TV miniseries Dopesick alongside Michael Keaton.

Next up though, is a role in Marvel’s Guardians of the Galaxy Vol.3 as superhero Adam Warlock, which will no doubt shoot his career into a whole other universe.

It’s comforting however, that he’s still willing to take on small budgeted, British indie films, such as this. 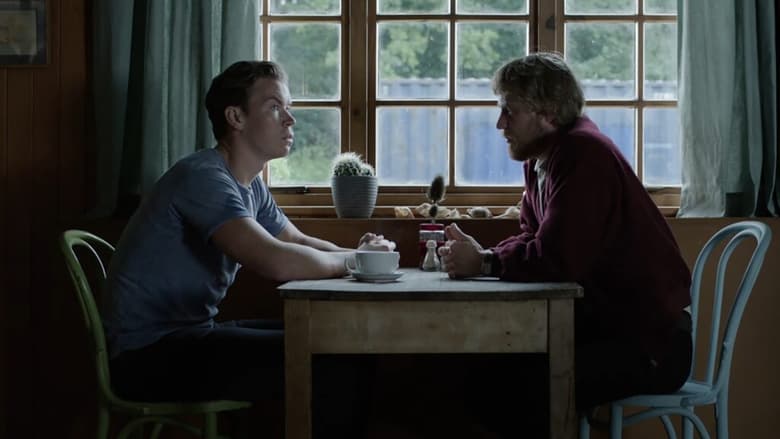 So I'm not sure how this whole speed dating thing works...

Driving to a secluded meeting point – The Half Way cafe – are Troy (Poulter) and Mike (Johnny Flynn). They have a bag full of cash – 20K to be precise – that they hope to exchange for drugs, and then sell them on for a big profit.

When they enter the cafe it’s almost empty, except for an old guy playing chess by himself, and the waitress. As soon as Troy lies eyes on her, he's immediately attracted. He discovers that her name is Gloria (Naomi Ackie), and after some barbed bants, gets the impression that she might be into him too.

But this isn’t really the best time to fall in love, with Mike growing ever more anxious waiting for the arrival of the others. Or is it because he knows more about what’s going down than he’s prepared to let on? 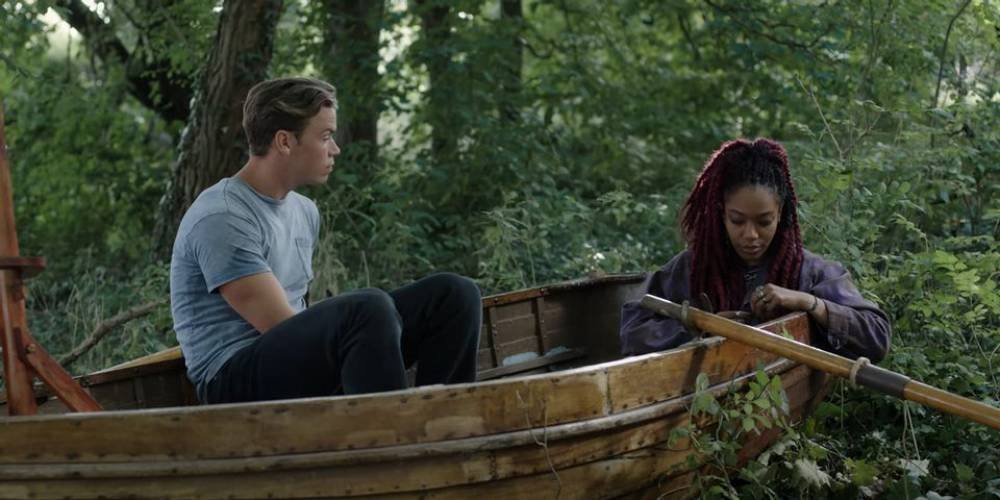 On no, I have only one Rolo left.

Malachi Smyth’s directorial debut is a curious one; it is a crime flick, a love story and a musical. Now with that kind of description it sounds more like a bit given to comedy improvisers to do, a la Whose Line is it Anyway?. And with that bloated combination, it doesn’t quite work.

It has a whiff of Waiting for Godot – the Musical about it, with its two male protagonists waiting around in a confined space for someone unlikely to ever show, while bursting into song occasionally, just because, with some romance thrown in for good measure. With so many jarring elements, it’s no wonder the film struggles with its own identity.

None of the performances can be faulted however, as they are all brilliantly portrayed, with the love interest between Troy and Gloria being particularly endearing.

And despite the fact that characters spontaneously burst into song, which is one of the biggest crimes of cinema there is, they can all carry a tune, and the music itself, written by the hugely talented Flynn who we have all the time in the world for, is rich and emotional. It’s no surprise, especially when you consider that despite not starring in it, Flynn wrote the beautiful opening theme to the adorable BBC show Detectorists.

It’s a film that allows the strong performances to do all the heavy lifting, as the singing alone isn’t enough to paper over the cracks of the weak story.

Still, if it doesn’t work out for Poulter in spandex saving the galaxy, he proves here he has the confidence, if not the greatest singing voice, to tread the boards in the West End or Broadway and burst into song at his leisure, which isn’t a bad result for him.