We will be the first to admit that the success of the Nintendo Switch caught us by surprise. That’s not to say we have little confidence in the big N, as we’ve been keen fans since the Game Boy for handhelds, and the N64 for consoles. After the disappointment that was the Wii U however – not in terms of vision, but the extremely poor support it received – the notion of the Switch just sounded as another quirky console release that wouldn’t catch on.

Thank God we were wrong.

It’s not just the fact that Ninty has dished up many of its big hitters for it, but it has found many other developers all over it like a pixelated rash. This is one of those titles that found a home originally on PC, PS4 and Xbox One. A few more weeks later, it has landed on the Switch. 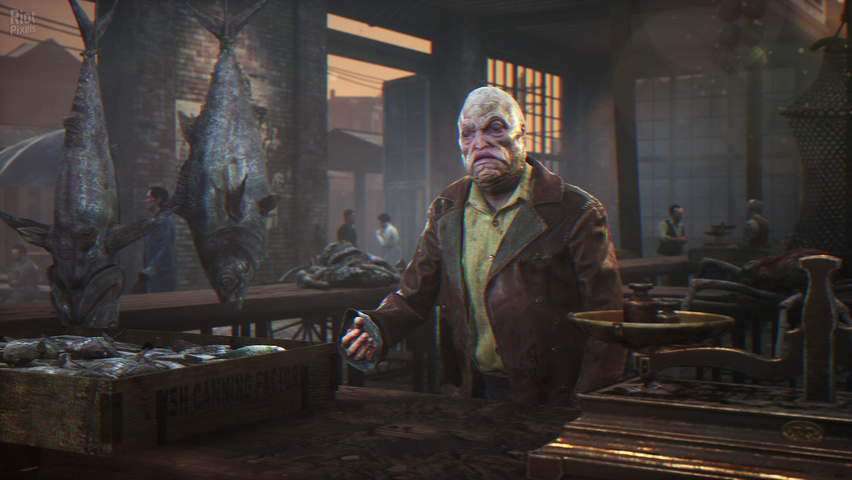 It's like I keep tellin' ya, we don't do chips!

Welcome to Oakmont, Massachusetts, a town that inexplicably finds itself in cold water. You play private investigator Charles W. Reed, hired to investigate the truly strange goings on in town.

The flood, which the town finds itself the victim of, is said to be of supernatural origins. It’s certainly having a peculiar effect on the locals, with many of them taking on considerably fishy appearances. As you yourself are suffering from odd visions, Oakmont seems to be the perfect place to be.

With the police overrun with the strange goings on, you are hired to close some of these bizarre open cases, and hopefully in return, find some answers to your own fragile state of mind.

Having not played the other iterations of this title on other consoles, we can’t comment on how this Switch version compares, what we can say is this – it’s far from being a perfect fit for the console.

The first thing that grabs you is how poor the visuals are. The blocky features, as if stitched together from photocopied images, is reminiscent of N64 titles. For those who are sickeningly too young to understand what that is, it was a Nintendo console released in 1996, which pushed the available technology at the time. The faces in this game are curiously similar to those that featured in one of the consoles best-loved games, GoldenEye 007. Not great praise then, for tech now over 20 years old.

The frustrating gameplay is curiously familiar too, again not what you would hope for in a console of this generation. There’s one scenario we got involved in, visiting a location where a crime took place. After entering the premise, we walked into the Mind Palace, which is one of the game’s most interesting interactions. Once activated, clues can be discovered, and it’s up to you to piece them together to deduce what happened. Unfortunately, as soon as we went to investigate the basement, a man was highly insistent at shooting first and asking questions, well, never. It’s ironic that one of the suggestions offered while the game loads, which is a veritable age every single time, is thus: ammo is scarce, fleeing is sometimes the best option. 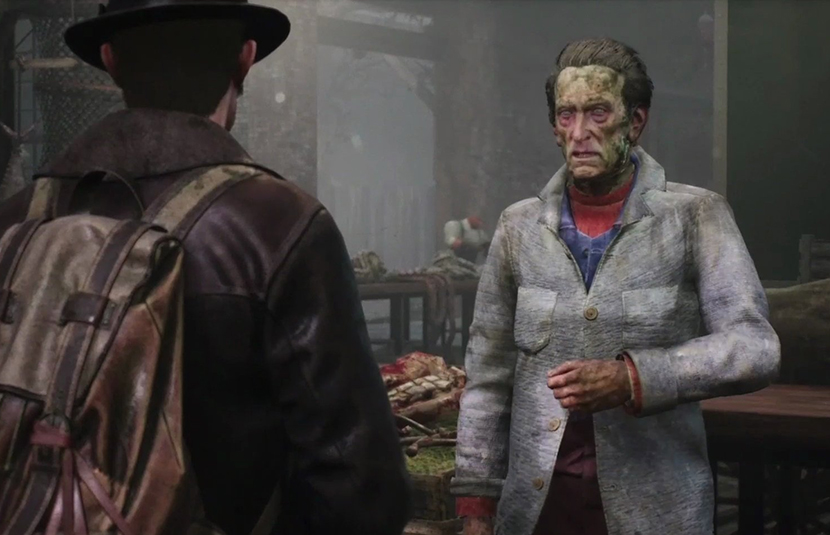 This face cream is flying off of the shelves - look at me, dont' i look great for 22?!

This , it transpires, is the game offering somewhat of an apology; you see the combat in this game is atrocious. Not only is ammo extremely limited, you can enter an area where random characters just decide to shoot you. After dying several times in said basement, and not having the skill set to kill him in time, we decided that we had to hang our detective hat up on this one, and move on.

We came to the conclusion that developers Frogwares have clearly never shot anyone before – professionally speaking , that is – as either the Switch, or the code, or a mixture of both, simply wasn’t up to the task.

It’s disappointing because at its core, there’s an intriguing game to be had. It’s like playing a supernatural version of LA Noire, and as a concept, what’s not to love about that? It’s inspired by the work of H.P. Lovecraft, set during the 1920’s, making it suitably eerie and atmospheric. The actual process of working out whodunit, although quite cerebral, is also rewarding.

It’s just that there are too many elements that ultimately wrestle you into submission; from the sleep-inducing loading times (which also includes taking longer than ten seconds every single time to just get the in-game menu up and running), to the bulky graphics, to trying to get into a natural rhythm, before you’re scuppered by an untimely death, allowing you plenty of time for your life, and those around you to slowly reveal themselves in front of you as the game loads at snail speed, yet again.

We’re not sure if the Switch simply wasn’t up to the task, far from being the most powerful console out there as it is, or the developers were just outrageously optimistic. Either way, it’s simply not a natural fit for the Switch.

That’s not to say that titles like this aren’t welcome, or even doable with the limited tech at the Switch’s disposal (as Nintendo have proven with some of their own fantastic games), they need to be given more thought, built from the ground up for the console, as opposed to this frustrating port that will, ironically enough leave you in a similar vein to its main character, with that sinking feeling.