Despite Huey Lewis stating some time ago to the contrary, it’s never been hip to be square. As shapes go, the square has to be in the top three for being the worst. The best? Undisputedly the triangle; put something in a triangle, and you’ve already got intrigue right there.

Swedish director Ruben Östlund has turned this dull shape on its head, which admittedly still means it looks like a square, but has given it the kind of impact that the likes of triangles get all of the time. 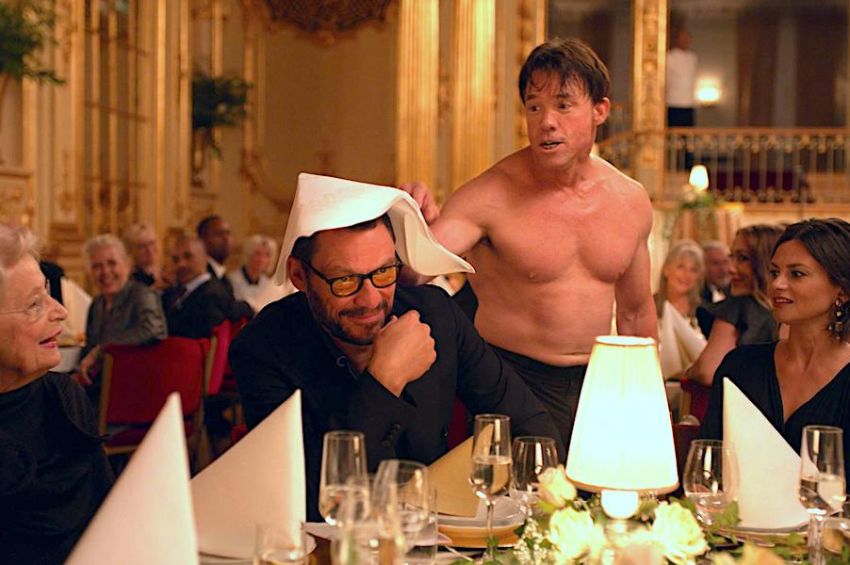 Table service at the awards ceromony took a curious turn.

In this fast paced, ever changing world, it’s all about sticking out. No one knows this more than Christian (Claes Bang); he’s the chief curator at the X-Royal museum in Stockholm. Museums are now run more like a business, and footfall is more important than ever.

Hoping to pull in the crowds is the museum’s new exhibit The Square. The artist’s statement that accompanies the piece is thus: the Square is a sanctuary of trust and caring. Within it we all share equal rights and obligations. As it’s not terribly exciting, the museum’s marketing company are charged with making the exhibition get noticed.

Meanwhile, on his way into work, Christian gets involved in an altercation between a woman and a man. A euphoria sweeps over him for intervening, but this soon subsides when he discovers that it was actually a con to get hold of his wallet, phone, and rather curiously, his cufflinks.

Although he kind of admires their cheek, he and a colleague concoct a plan that will hopefully get Christian his possessions back. But what starts off innocently enough soon snowballs out of control. 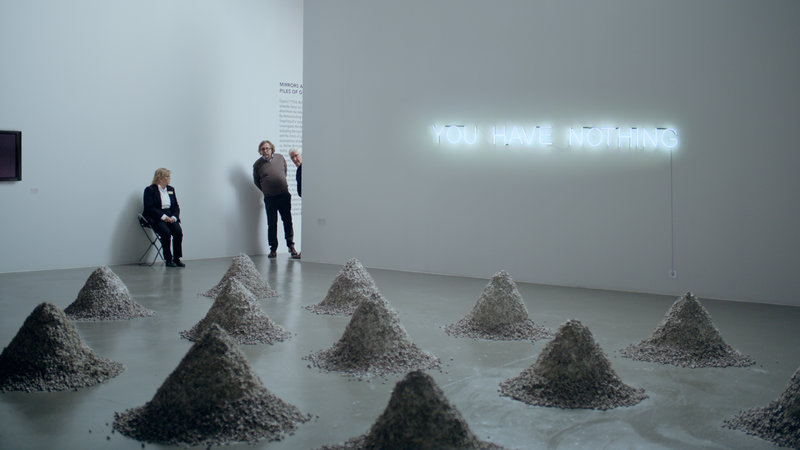 All cemetaries will be this way eventually, apparently.

There’s a lot going on in The Square - possibly too much. It brings up questions of not only what is art, but also more serious issues about social responsibilities. At the same time, there are some loose threads that never get tidied up; for example, what is going on with journalist Anne’s curious house guest? Even though Östlund has a robust amount of time to juggle all these particular issues – two and half hours – it still doesn’t seem enough to get to the bottom of issues he raises.

Kudos to Bang though, as he appears in pretty much every scene in the film, and manages to be a compelling watch despite not being very likeable. It’s nice to see Elizabeth Moss pop up too, as well as Dominic West.

Like a lot of art itself, the film is all over the place in parts, scattered with ideas and concepts that deliberately never make a whole. It’s a bit of a mess up close as it tries to scrutinise art culture and society all at once, but if you stand back a little, you get a better perspective and appreciate it a bit more.

Besides, it must have done something right as it not only got an Oscar nomination for best foreign film, but won the Palme d’Or for its artistic efforts.

The Square is a fascinating piece of work that although far from being a masterpiece, is more than content with not fitting into a round hole, by revealing not only its own flaws, but societies too.