Despite many of her comedy features being hit or miss affairs, Melissa McCarthy is always worth watching. Sometimes just one inspirational ad-libbed line from her can save an entire film from being completely terrible.

It’s also good to see her put the broad comedic roles on the back burner occasionally and dabble with more character driven roles, as she did with some aplomb in 2018’s Can You Ever Forgive Me?.

She attempts something similar here, alongside her fellow Bridesmaids star Chris O’Dowd, as they play a couple struggling through bereavement. 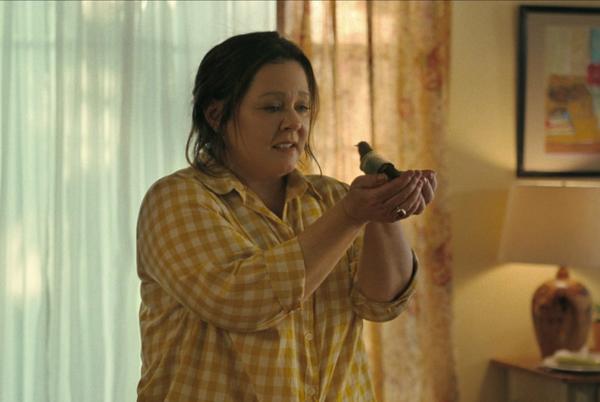 I knitted it especially for you, do you like?

It’s been over a year since Lily (McCarthy) and Jack (O’Dowd) had their baby daughter die, and Jack is still struggling with her death, so much so that he’s had to be committed to a mental institution, leaving Lily to deal with the fallout on her own.

With Jack having access to professional help, Lily is recommended a therapist that she should contact to help her out. She does reach out, only to find that Dr. Larry Fine (Kevin Kline) hasn’t been a therapist for over ten years, and is now a vet. Still, he realises she’s in pain, whether she’s ready to accept it or not, so finds ways to have sessions without them actually being sessions.

Meanwhile, Lily is having actual animal problems at home, when she finds herself being terrorised by a bird – a starling – whenever she goes out into her yard. 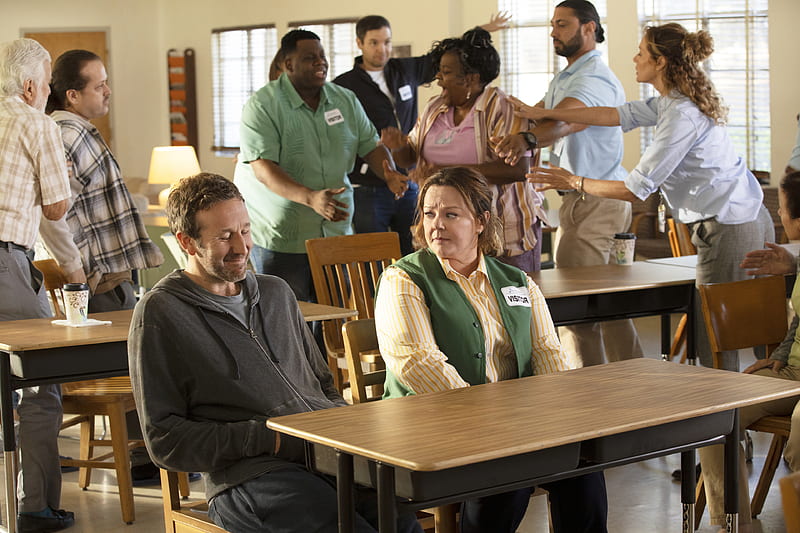 I can't beleive you still think that silent but deadly farts are funny.

As the subject matter hints at, this is more dramatic terrain for these two mainly comedic actors to be involved in, so don’t be expecting any belly laughs. The pair do fairly well, under the circumstances, with O’Dowd possibly showing a greater depth for drama, considering the limitations of the script.

Director Theodore Melfi’s film certainly means well, as it deals with the loss a grieving couple go through, but some of the elements just don’t fit that well. It should be said that it’s great see Kevin Kline back on our screens, and his role as a therapist turned vet is suitably quirky, but doesn’t quite gel.

The same can be said for the starling itself; it’s meant to be a used as a metaphor representing the protective nature of a parent, one that would do anything to defend its offspring. Sadly it’s overused, and is primarily used for comedic effect that doesn’t always hit home. It’s not helped either by being created by CGI making it feel even less authentic.

On top of all this, the pair are suffocated by a heavy-handed soundtrack that prevents their performances to breathe organically in any way.

It’s a brave move on both their parts to take on more serious roles, and you can certainly see the appeal of their roles on paper, so they can’t be entirely blamed for its execution on screen, which is disjointed at best.

That’s not to say the film doesn’t have some moving moments, with both McCarthy and O’Dowd proving they have the ability to pull off more dramatic roles, it’s just the film overall lacks a certain finesse and is a little too clumsy on the story front, clipping its wings somewhat and preventing it from really taking off.