It’s all very well having a world, or should that be universe, of superheroes, but what would they be without supervillains? They’d be useless entities walking around in silly costumes, with nothing better to do than to appear at children’s parties and have the odd selfie taking with them.

Villains then, give heroes a reason to exist.

DC Comics understood this relationship, so were canny enough to create the Suicide Squad; a team of baddies who are coerced into being just that little bit less evil.

This then is described as a standalone sequel to the 2016 film Suicide Squad, which is somewhat confusing, but hey, welcome to the world of supervillains. 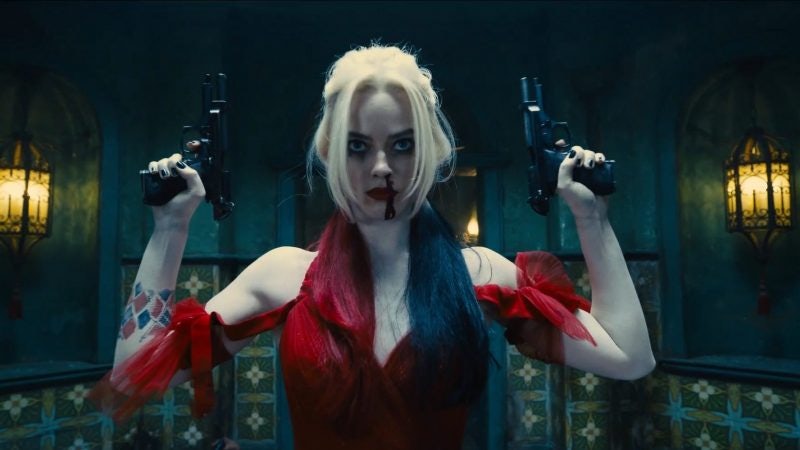 A baseball bat is like a summer accessory, these bad boys will get you through the rest of the year!

Doing time in a secure prison are a number of the world’s most feared supervillains. The government however are smart enough to know their worth and send in Intelligence Officer Amanda Waller (Viola Davis) to broker a deal they can’t refuse.

All they have to do is take part in a perilous mission that they might not survive. If they succeed, life intact, then they will have time taken off of their sentence. Considering their limited options, they of course agree, and Task Force X is born, otherwise known as the more apt Suicide Squad.

It’s a suicidal mission, but then it would have to be for the Suicide Squad, who will give all their villainous ways to succeed, as their lives depend on it. 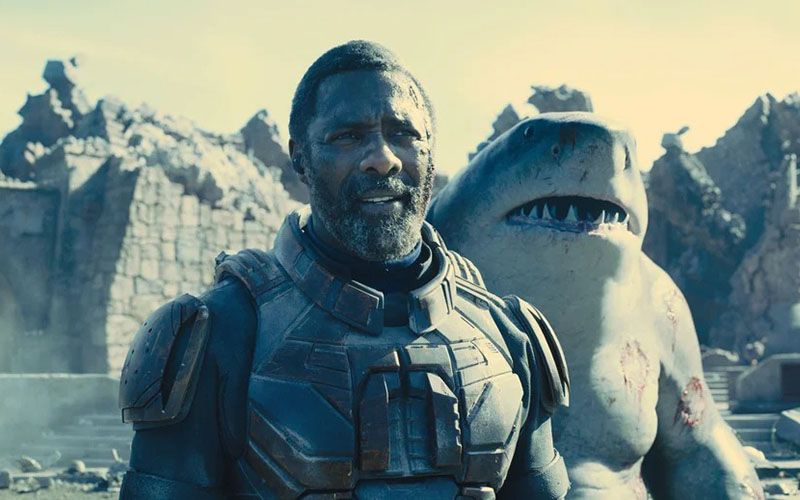 Idris was a little concerned on their choice for his new Luther sidekick.

With James Guardians of the Galaxy Gunn getting a grip on this outing, both writing and directing, it feels very much that he was keen to take the squad in a whole new direction. To that end, this has more in common with Mystery Men than Justice League - either version.

And it’s this more comical route over comic book that doesn’t quite sit right. The squad itself is certainly on the limp side. It’s difficult to believe that there actually is a villain called Polka-Dot Man, who is disappointing on every level, especially his power of, well killing with polka dots. It sounds outrageously silly, and that’s because it is. He certainly sounds like a last minute stand-in because Fart Man wasn’t available.

There’s also the sleepy Ratcatcher 2, who can get rats to do stuff. Again, not terribly imaginative, and watching her unleash her powers is completely underwhelming. And although Elba helps lift his character, it’s a heavy weight as Bloodsport doesn’t really come across as a villain you can get behind; what does he do again? Shoot stuff well? It’s all a little flimsy.

Thank the superhero heavens for Margot Robbie; she’s had time to grow into her Harley Quinn character, and it shows, as she is the most vibrant villain on screen. She’s also helped a little by King Shark, a CGI character, who at least looks the part.

Someone who doesn’t is Peter Capaldi, who looks like a spare part for most of his time in the film, playing the Thinker, who oddly enough appears to have a Dalek tribute taking place on his head. But that’s the most interesting thing about him, as Gunn struggles to know quite what to do with his character.

Gunn has problems elsewhere, with a bloated script, with far too many scenes that last longer than they should, sluggish pacing, and him trying to be clever with plot twists that fall a bit flat. Perhaps he’s holding back for that five hour directors cut down the line. Let’s hope not.

Yes it’s an oddball bunch, but there’s just no cohesion; a squad half made up of lame misfits with pathetic powers doesn’t a supervillain squad flick make. Certainly Jared Leto must be having a sigh of relief for not getting involved, which is a shame as the film is crying out for someone of Joker’s calibre to grab the film by its balls and whip it into shape.

Gunn is also keen to try and make it as funny as possible, but in doing so pushes the film deeper into the murky waters of parody, which makes for a wholly unsatisfying experience.

In its favour is the fact that it’s entertainingly violent, the likes of which is rarely seen in the world of superheroes on screen.

The fact is, this particular line-up is certainly lacking, feeling like supervillain rejects winning the lottery but getting caught in the bright lights with nothing to show. They are dishwater dull, and quite frankly, give the world of villainy a bad name.

If this is the best of a bad bunch, then the villain fraternity are in serious trouble.