The Sun is also a Star

Love is all around, if Marti Pellow and his Wet Wet Wets are to be believed, that is. Wherever it may be, it feels to be in dangerously short supply if the current political climate around the world is anything to go by.

So perhaps this fluffy love story, set in the city that apparently never sleeps, is just what the world, and everyone in it, needs right now. 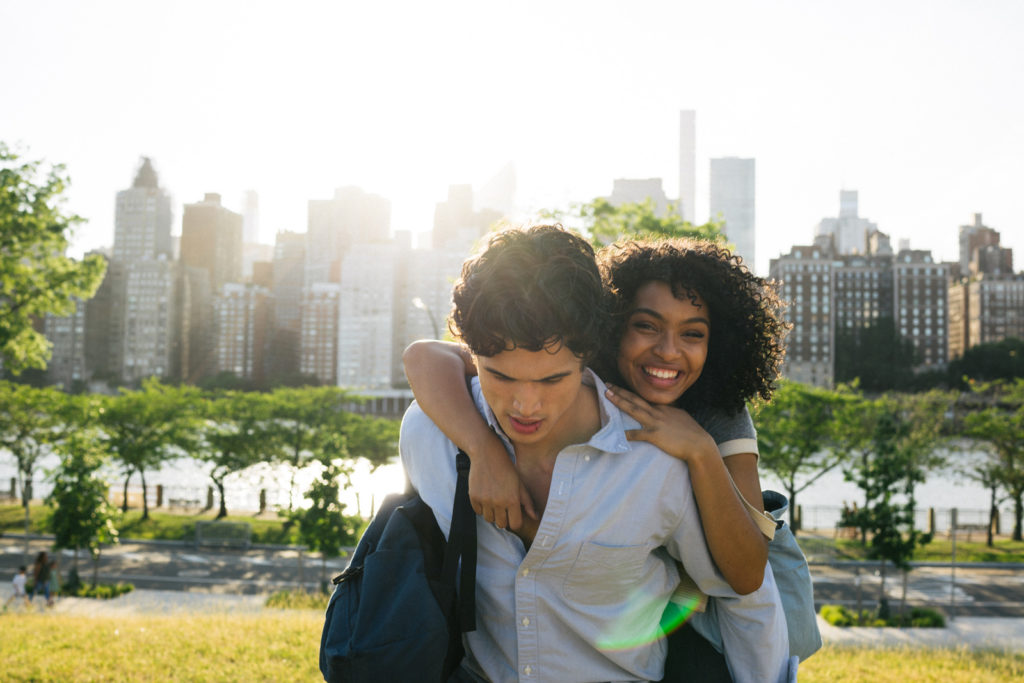 I kinda regret agreeing to this sponsored walk to LA now...

Although Natasha (Yara Shahidi) has lived most of her young life in New York City, the fact that neither her, nor any of her immediate family were born on US soil, is proving problematic. So much so, that they’re all being deported to Jamaica tomorrow.

She’s given the number of a lawyer however, who just might be able to put a stop to proceedings.

On her way to visit him, her path literally crosses that of young Daniel (Charles Melton), who is off to be interviewed for a place at the Ivy League college of Dartmouth. Daniel is a romantic, and quickly falls for Natasha’s obvious charms.

Although Natasha has a more pragmatic approach to life, her brief interaction with Daniel sparks a curiosity, so when Daniel tells her he can make her fall in love with him, she bites, and goes along with him. But with the clock very much a-tickin’, is there enough time left for love to weave its magic?

I believe we're scheduled to fall in love, how do you do?

Based on Nicola Yoon’s novel of the same name, director Ry Russo-Young’s film is an unapologetic story of young love. It plays around with the genre a little however; mostly in the fact that the female of the species doesn’t really believe in the concept from a scientific view, and that the male character is a hopeless romantic, believing in love and all its many other trappings. It’s a nice switcheroo, and one that plays out well on screen.

The film’s other element is time; it proposes what the probability is for a young couple, who have never met before, to fall in love within a 24 hour or so period. It will probably be a testament to how romantic you are personally, to whether or not you buy into this concept, or not.

For a film like this to work on any level it relies heavily on one factor – chemistry; if the audience doesn’t accept your two central characters becoming loved up, then it stumbles as a whole across the board. Thankfully, Shahidi and Melton sell the dream remarkably well; they give the kind of performances where the romantics in the audience would love to believe that their love was real, both on and off screen. Putzes.

So much so that their on screen relationship totally papers over the many cracks in the script; to the point where they could have been kidnapped by Nazi sympathisers half way through, and you would eat it up so long as they were together.

The fact that it’s set in NYC is a little off-putting though; over the years the city has often been described as another important character in the film, such is its prominence, and this one is no exception. It would be nice, just one time, if NYC poked its nose out of a romantic comedy, just for once, and let Pittsburgh, or Albuquerque for that matter, have a crack.

Yes the time restrictions do feel a tad contrived, and the film itself feels like a third wheel by overstaying its welcome by about ten minutes, but there’s no denying its warmth and charm. It may be a little clunky, but it’s heart is most definitely in the right place. What’s not to love about that?