The Tragedy of Macbeth

Despite being the James Patterson of his time, William Shakespeare’s body of work has lost its entertainment value over the years in favour of being more educational.

Now he more than anyone would be aware of what a double-edged sword that is; yes his plays are the bedrock of many a curriculum, forcing students to study his work, but at the same time this mandatory studying can also cause resentment, making it more of a chore than an exciting read.

Film has always been a useful tool for the classics, and the Bard’s work is no different. This is an adaptation of one of his greatest hits, Macbeth, that sees Denzel Washington take the crown of the titular character. 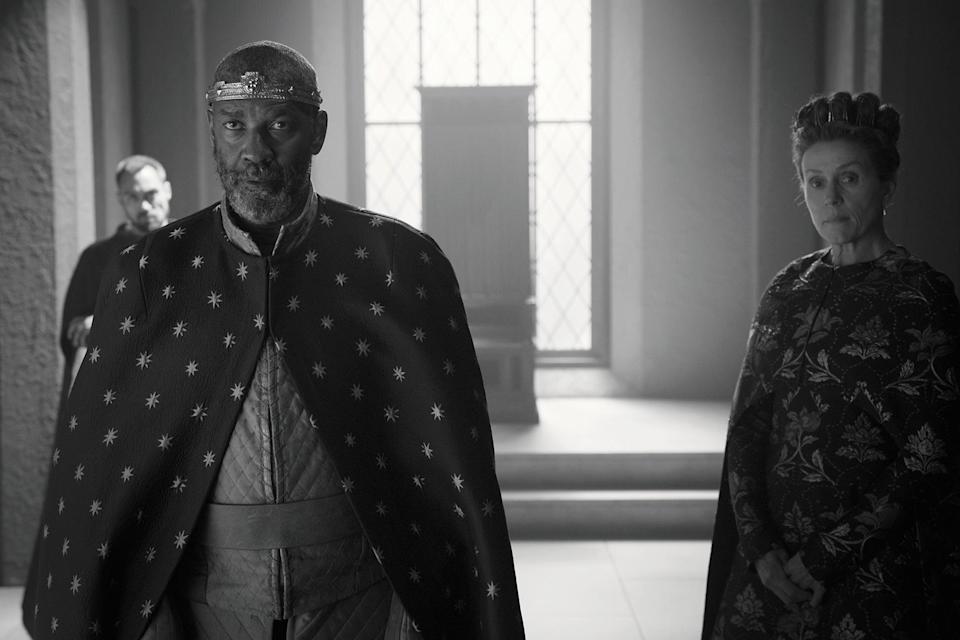 So you're saying that even with the cape I don't have super powers?!

Coming off of the back of a victory on the battlefield for their king are Macbeth (Washington) and Banquo (Bertie Carvel). King Duncan (Brendan Gleeson) is so chuffed with their handiwork that he decides to make Macbeth the new Thane of Cawdor, which is a pretty sweet promotion.

Or it would be if it wasn’t for the fact that Macbeth came across three witches, who were certain that he will be the next king. Of course he can’t help himself and informs his wife Lady Macbeth (Frances McDormand) of this news, who gets very excited at the prospect.

It is a scenario that hangs far too heavy around both their necks however, and leads to much scheming, resulting in paranoia, mental fatigue and the spilling of further blood. 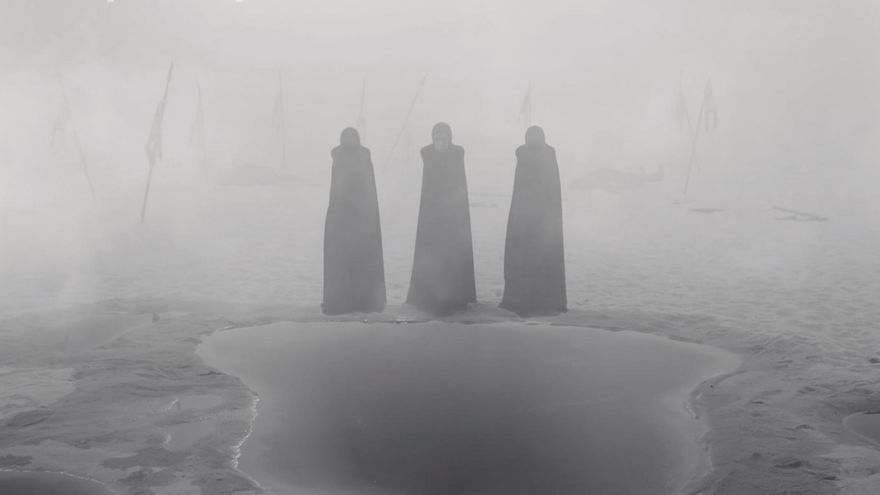 Daphne couldn't help but feel a little disappointed by their spa day out.

The Tragedy of Macbeth is the latest original film to be made by Apple, and certainly stands out from the rest of its releases to date. It also marks the first feature to be written and directed by one Coen brother – Joel - with Ethan clearly not a big fan of the bard’s work.

In terms of writing Coen hasn’t strayed too far away from the original play, with the film featuring the same authentic style found on the page. This then, is not a modern update, which sees Harry Styles as Macbeth, and a hugely successful YouTuber that knows a thing or two about make-up application as Lady Macbeth.

To make it feel just ever so slightly pretentious, Coen has not only shot the thing in black and white, but also chopped off the end bits of wide screen, to give it an altogether square look. If he’s hoping to bring the bard to a greater audience, this isn’t going to help.

The set design is also disappointingly flat. It’s bare boned, and not a million miles away from looking like a stage setting, which just feels like a missed opportunity. There was a chance to make something truly cinematic, to help bring this classic to life, and yet its visual presentation is all too standard.

Luckily the film contains some excellent performances, with the likes of Washington and McDormand flexing their considerable acting muscles. It could be said that they all feel a tad too theatrical, not allowing for much in the way of subtlety, and yet there’s no denying the power and conviction they bring to their roles.

That said, it’s difficult not to feel a little disappointed, especially considering who was behind the camera. You would think that having a Coen involved, he would cast his veritable creative eye over the project and bring something new and exciting to the table. But shooting in black and white and sticking pretty much to the original text just comes across as first thought.

It will no doubt prove hugely beneficial for all those who find the play on a reading list, but for the rest of us, the real tragedy here is how safe and pedestrian this version of the Scottish play is.