The Trial of the Chicago 7

In 1989 Aaron Sorkin wrote his third play, it was called A Few Good Men. Although it was produced on Broadway, it didn’t exactly set the world on fire. It certainly made a bigger impression when it was adapted for the big screen version, released in 1992, starring Tom Cruise and Jack Nicholson.

Since then, Sorkin has gone on to prove himself as one of the sharpest script writers of his generation, with success on both the big screen (with the likes of The Social network and Steve Jobs, and the small with The West Wing and The Newsroom.

His latest feature that he’s written for Netflix, and also only the second time he’s directed, focuses on a closely watched trial that took place in 1968. 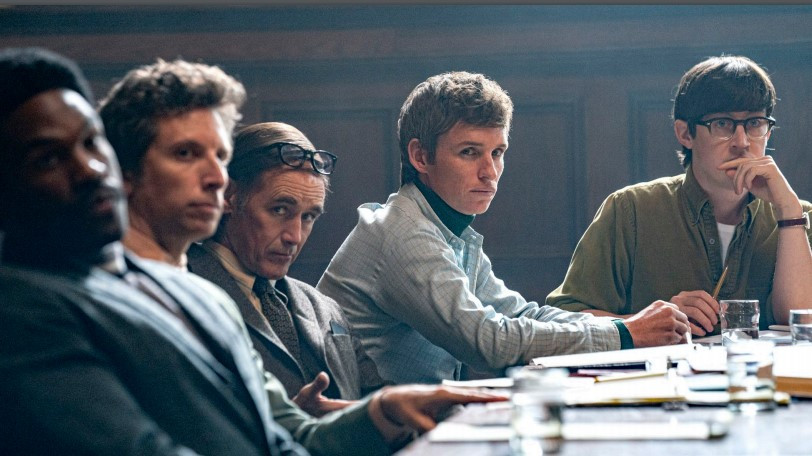 Oh he's good. We're all gonna have to step up our game y'all.

With the US government drafting further youngsters to fight in the Vietnam war, there’s a growing sense across the nation, particularly amongst the younger population, that it’s not a what worth fighting.

To make their feelings known, a number of them prepare for a rally, during the democratic convention being held in Chicago, with representatives from the student body, Yippies, and the Black Panther.

Despite peaceful intentions, the protest doesn’t go to plan, with a number of them arrested for conspiracy and inciting riots, leading to them facing a judge and jury. This leads to seven of them with legal representation, and one without, facing what can only be described as rough justice. 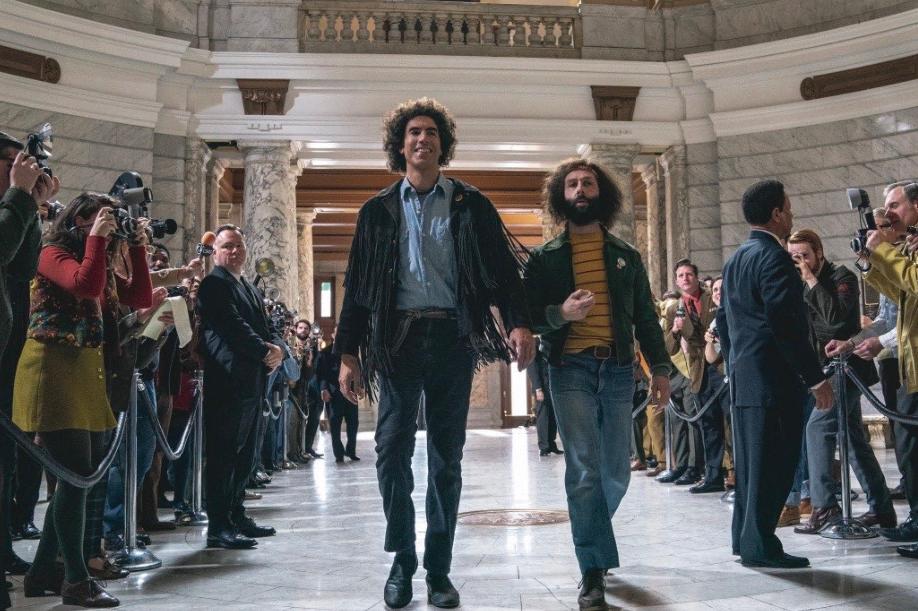 So you got this VIP pass in a bucket of KFC did you say?!

With a script, based on a real event, straddling both a court room drama and the world of politics, you can be in no doubt that this is prime Sorkin territory.

And of course it’s his writing ability that shines from the off. Sorkin is one of what seems only a few handful of screenwriters around, who just have a talent for not only producing interesting characters, but ones with plenty to say worth listening to. He produces some truly entertaining dialogue, so it’s no surprise that he attracts such a strong cast to work for him, including Eddie Redmayne, Mark Rylance, Frank Langella, John Carroll Lynch, Joseph Gordon-Levitt, Michael Keaton and Sacha Baron Cohen.

Rylance in particular, is just in master class mode, especially with Sorkin’s dialogue, and is just a joy to behold throughout. As is Cohen, who has proven that he’s more than just a cheeky clown, particularly with his recent mini-series drama The Spy, and although he’s been brought in for light relief duties here, proves he can hold his own against a strong supporting cast.

As the material demands, with its many court scenes and office settings, the direction is understandably static. And at just over two hours, some may find the onslaught of dialogue, as top draw as it is, just a little too heavy to digest. But really, you can handle it.

If you’re a fan of intelligent writing however, that feels organic and larger than life, then you will already be a fan of Sorkin’s and his latest feature will no doubt pass favourable judgement.