If ever anyone was the epitome of cool it would Jeffrey Dean Morgan. Not only does he have the physique and appearance of someone in a league of their own, he has the kind of swagger that only someone who has reached a level of coolness can pull off.

His coolness level is multiplied tenfold when he’s wearing a level jacket and has Lucille by his side, but obviously these visual aids aren’t something he can exactly transfer from role to role.

It’s odd then that someone with such screen presence hasn’t made his mark in the film world. Perhaps with his time playing Negan in The Walking Dead coming to an end, he might be able to devote more time to making features. In the meantime, he stars in this horror tale as a journalist who stumbles across a young woman with the power to perform miracles. 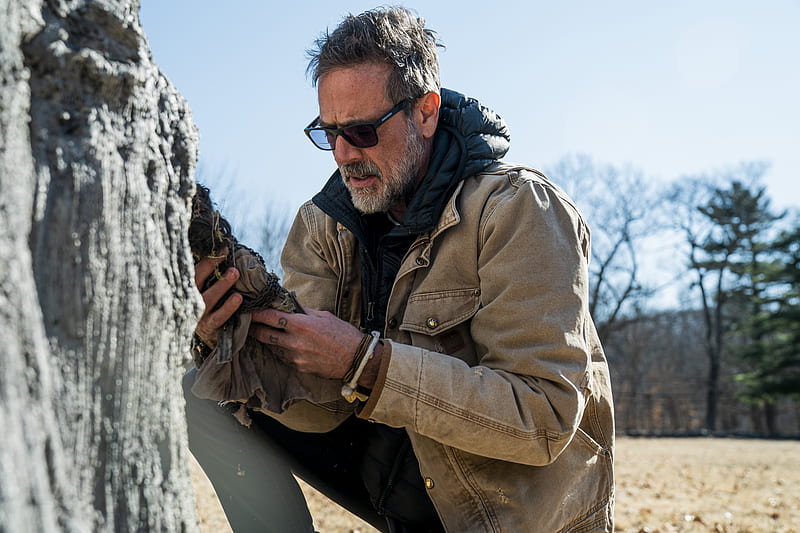 if i bury these reviews here, no-one will ever know how bad this was.

Having been found out for making stories up, journalist Gerry Finn (Morgan) finds himself scraping around for any kind of story to sell to make a living. He finds himself in the small town of Banfield, Massachusetts, where a farmer believes his cow has been involved in some cult practice. It doesn’t take Finn long to dispel this however, but it does lead him to a curious tree in the farmer’s field.

In it he discovers a corn doll, labelled with a curious date on it – the 31st February, 1845 – which he decides to break, as it would improve his story.

Just as he starts to leave the town behind in the evening, he swerves to avoid a young woman in the road, causing him to crash. He is luckily unscathed and quickly gets out of the car to see if the young woman is ok. She appears to be, as he follows her to the exact tree he was at earlier, where he hears her speaking to it, only to collapse soon after.

He picks her up and takes her to the nearest building, a church, where father Hagan (William Sadler) takes the girl in who he knows as Alice (Cricket Brown), a mute who has cared for over a number of years.

But Alice is no longer mute, she has found her voice, or as she says, it was given to her by the vision of a woman in the tree, that of Mary. It’s difficult not to describe this event as anything other than divine intervention, and the church are keen to investigate further.

With Mary seemingly communicating through Alice, the church believes that Banfield could soon become the new Lourdes. But what none of them realise is that something far more sinister is at play here, and that Mary may be representing a far more evil presence. 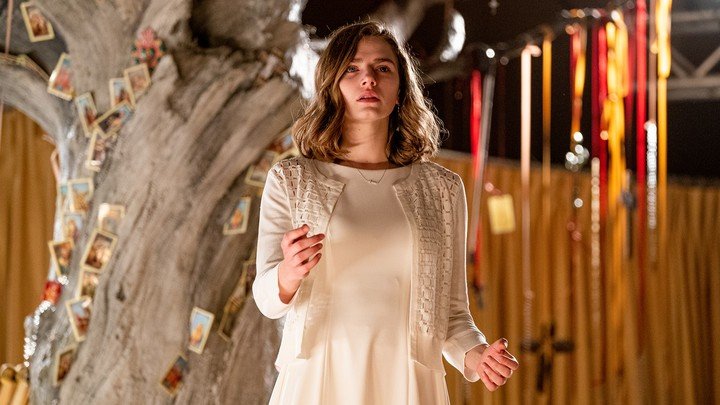 I think i've seen Carrie, why?

Something that always elevates the average horror flick is a compelling story, which The Unholy is fortunate to have; it’s based on British horror supremo James Herbert’s 1983 novel Shrine, which makes for an intriguing story.

Where it comes unstuck however is in its execution; Evan Spiliotopoulos, who makes his directorial debut here, struggles to make his evil protagonist anything close to menacing on screen. Visually it looks like a cloaked mannequin throughout and is as frightening as a baddie from an episode of Doctor Who in the eighties. This sadly undoes all the good work from the story, which, quite frankly, deserved a better treatment.

It also has a troublingly low death count, which is an unusual approach for any horror.

Still, Morgan looks the part, despite not really getting in on the action. Would it have been a better film if he was swinging Lucille from left to right? Damn straight it would have been, but that would have been asking too much.

Not having read the source material, it’s difficult to say whether the film does it justice or not, but an educated guess says it doesn’t. There was certainly an opportunity to go far darker, but it’s almost as if the film itself was too afraid to go there.

Perhaps it’s just the inexperience of the director, who lucked out on his story, but failed on a faithful adaptation to the screen, lacking as it does the ability to strike the fear of god into you.