The United States vs Billie Holiday

Possibly one of the hardest tasks given any actor is that of the biography; it’s not just a case of developing a role, but getting to the nitty gritty of playing a real human being, who is often attached to an impressive legacy of some kind.

But actors worth their salt relish a good challenge, and it’s fair to say that if the person whose shoes they’re filling also happens to be a singer, it doesn’t get more challenging than that.

To think then, how much more of a challenge it is for an acting novice to take centre stage, to play the legendary blues singer Billie Holiday, in her first major role. But that’s exactly what singer Andra Day has done in director Lee Daniels’ latest film. 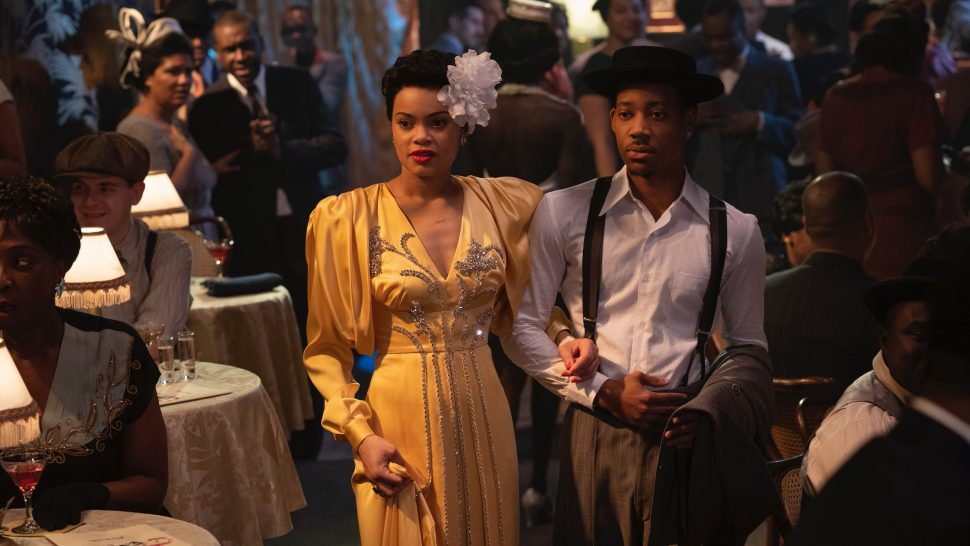 I told you that everyone would get the Peaky Blinders reference.

After plying her trade on the road, Billie Holiday (Day) started to see all her hard work pay off in the early forties. She was a regular at the Café Society, a night club in New York City, where she would sing her unique brand of the blues.

One of her songs in particular proved to be extremely popular, ‘Strange Fruit’, a song both haunting and poetic, about lynching. Unfortunately for her, the government weren’t huge fans of the song, and considered it a possible starting gun for civil unrest. In a bid to keep the peace, Agent Harry J. Anslinger (Garrett Hedlund) was tasked with keeping Holiday quiet –literally – and to do whatever it took to prevent her from singing it.

I don't think you understood what I meant by a Busman's holiday...

This film is an example of sheer bravery if ever there was one. Not only do you have director Daniels going out on a limb and casting a novice actress in the leading role, but you also have Andra Day stepping up to the plate, in a biography no less, to portray a tortured, complex soul. Fortunately for them both, the risk paid off as Day is breathtaking as Holiday.

In many ways, it’s her stunning performance that will lead you into this fascinating story, with not only Day capturing the physical and mental torment that Holiday suffered, but also delivering spine-chilling scenes of her singing on stage. Certainly Daniels captures the mood and the period just right, especially with his use of colours, with Day radiating effervescently in every frame she’s in. It’s no surprise that, despite a stiff field, Day recently won a Golden Globe for her stunning turn, and rightfully so.

It also happens to be a remarkable story, with the US government so incensed by her one song that they are prepared to hound and harass her throughout the rest of her career. It’s a little disappointing that the film doesn’t make more of this then, as it treads predictable water in devoting a lot of screen time to the men in her life, and how poorly they treat her. Although interesting characters, it does pull away from the incredible narrative of being hated by the government.

That said, considering her lack of experience, Andra Day delivers an exceptional performance as Holiday – both on and off stage. She puts on an impressive show, as well as digs deep into the darkness of the singer, who had her addictions and demons.

It’s certainly her astounding contribution that elevates this film above your average biopic, giving an impressive voice to a blues legend, making it one that should be both seen and most definitely heard.