Hollywood loves a great buddy flick. It loves it more if the two central characters are polar opposites, and gets an even bigger tick if it’s based on a true story. And if it’s been told before? Not a problem, particularly if it were told in a language other than English, as world cinema isn’t exactly a bums on seats kinda genre Stateside.

This then, is a remake of the terrific 2011 French film Untouchable , transplanted to NYC. 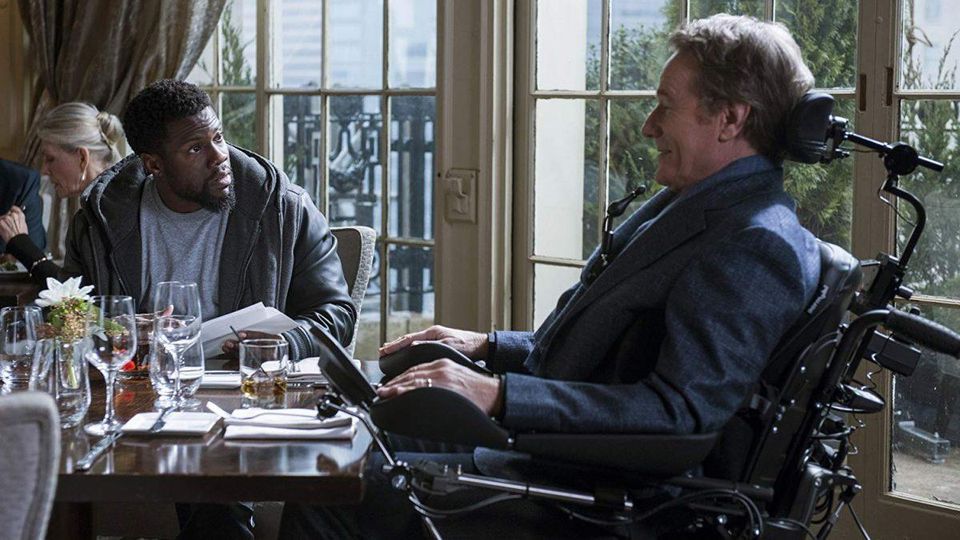 I'd steer clear of the fish. How d'you think I ended up this way?

Having recently got out of prison, Dell (Kevin Hart) is obliged to look for work to satisfy his parole terms. However, he’s just happy to get the signatures to give the appearance he’s doing what he’s supposed to be doing.

His search leads him to an impressive building, where he learns that someone living in the penthouse is interviewing for the position of a life auxiliary care giver. Not really fully aware of the position, Dell attends an interview to get another signature for his papers.

Offering the position is wealthy Philip (Bryan Cranston), who, after an accident paragliding, was made a quadriplegic, and can now no longer take care of himself.

Despite Dell being the least qualified candidate, Philip decides to hire him, much to the surprise of not only Dell, but all of his staff as well. And as time goes on, an unexpected relationship blossoms, that each benefits from in their own way. 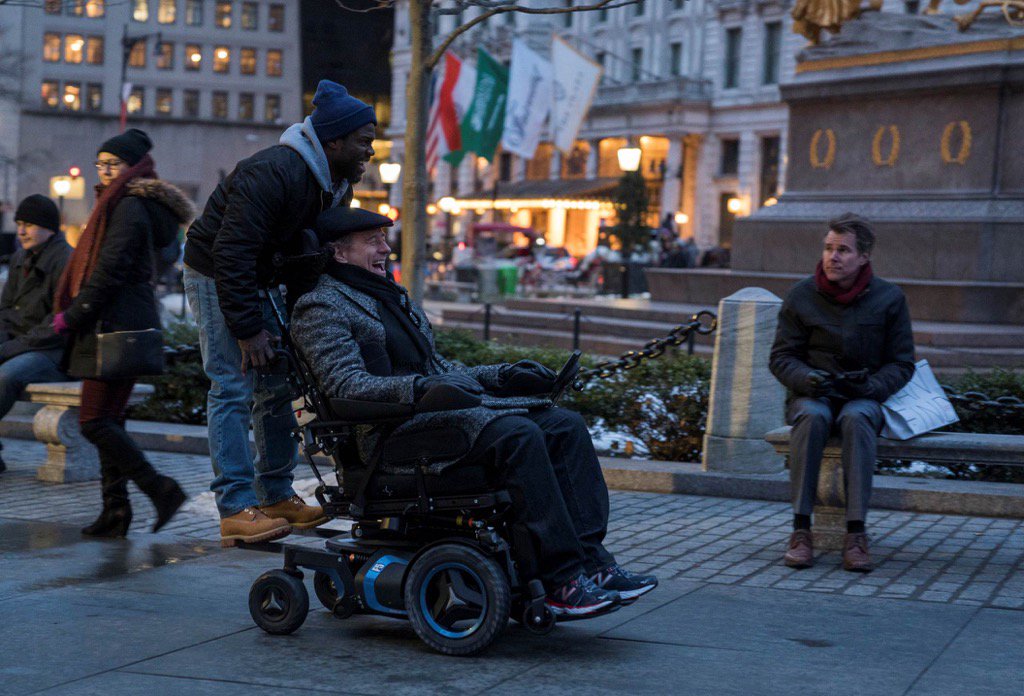 I bet he isn't even licensed as a co-driver.

Cranston is pretty used to the buddy dynamic; after all, he played mentor and friend to Aaron Paul’s Jesse Pinkman for five seasons on Breaking Bad as Walter White. It has to be said that his relationship with Hart’s character here, isn’t a million miles away from that. Like Pinkman, Dell is from a working class background, and although not highly educated, he is pretty street smart.

It’s their oddball relationship, which is playful, heart-warming and fuzzy, that holds this film together.

Unlike its French counterpart however, director Neil Burger’s effort is disappointingly clichéd and predictable. At no point does it offer anything in the way of originality, as it’s never brave enough to veer from the path of the obvious.

The Upside is a great showcase for its main protagonists – particularly Hart who delivers a little more gravitas with his usual comic shtick - that just about hold the film together; the downside is however is that there’s no getting away from the fact that we’ve seen it all before.