It’s difficult to comprehend just how much history there is; just when you think you’ve got a handle on all that stuff that happened years ago, some piece of the past pops up that you never knew about.

One of the best mediums for highlighting these new nuggets of historical facts is film. Like this one, set during World War I. 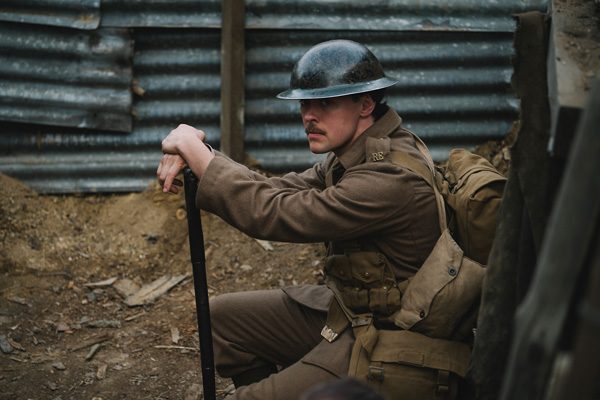 I brought the cane just in case they were going to slip in a musical number.

The stage is set for the first instalment in the World Wars, with Britain taking on Germany. British troops found themselves in Messines, West Flanders, Belgium, facing a formidable German force.

It was a battle that the British were expected to win, with a large amount of soldiers on hand, but the Brits weren’t prepared for the smart thinking of its opposition; the Germans created bunkers, which wasn’t that unusual, but they chose to dig them 30 feet underground, which proved problematic for the British, and gave the Germans the upper hand, below.

They clearly needed a new strategy, one that the Germans wouldn’t expect, so a bright officer, known as Hellfire Jack (Tom Goodman-Hill), decided that if the Germans were going to dig down, then they should dig across. And so he recruited some sewer workers from the north, who didn’t have a problem getting their hands dirty, to form a tunnel digging team. But could a handful of sewer workers take on the might of the German army? 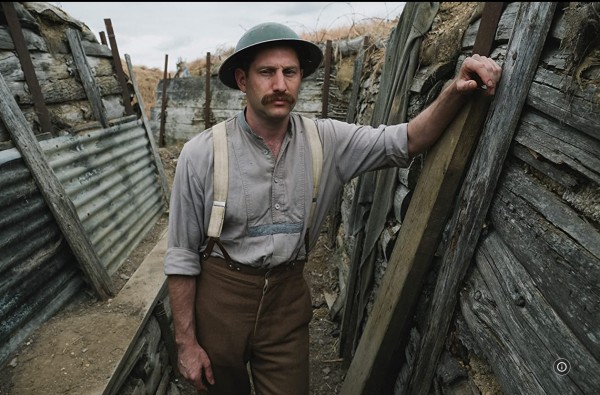 And Dave from Croydon is modelling the latest trend in retro war chic.

Certainly The War Below is one of those films that, as soon as you have seen it, you wonder why it hasn’t been made before. The story is truly remarkable, and its results had a massive bearing on the outcome of the war.

Director J.P. Watts certainly does the film justice, despite the obvious budget restraints; this is by no means a Hollywood blockbuster, and yet Watts, with his directorial debut no less, gives it a credible sheen, that places you well and truly in the middle of the action, even if the whole thing was shot in a car park in East London, which it may well have been. But if Kubrick can do it – as he did with recreating Vietnam in East London for Full Metal Jacket - then it’s no surprise of others follow, that’s the magic of film after all.

With the film limited in terms of its locales, most of them taking place in the trenches, Watts has to rely on his Northern cast and their built in trademarked charm to inject the film with personality. It does feel like it’s laid on a tad too thick in places, with Sean Bean half-expected to make a cameo as an advocate of Yorkshire tea, warm pot in hand, as he pours out brew after brew of Yorkshire gold to keep the troops motivated.

Still, the story itself carries much of the film, as it focuses on these remarkable men, who were both unsung and unseen heroes, spending their time underground, digging for victory.

You can tell that the film had the opportunity to be told on a far grander scale, let’s face it wars are good at that, and yet Watt does enough with what little he had, to deliver a truly fascinating piece of history that was most certainly worth digging up.