As pastimes go, walking is hardly one of the most exciting ones. A film about a very long walk isnt exactly going to cause queues around the blocks of multiplexes up and down the land. But just as David Lynchs The Straight Story was a simple tale of a mans journey by lawnmower to visit his ailing brother, The Way sees a father take on a pilgrimage that his son never managed to complete.

Tom (Martin Sheen) has one of those familiar relationships with his son Daniel (Emilio Estevez); he loves him dearly but doesnt always agree with the decisions he makes in his life.

One day Tom is informed that Daniel has died in an accident in a storm in the French Pyrenees, so he flies out there to bring his body home. Its only while there that he learns that his sons tragic death happened on the early part of the Camino Santiago; a popular 800 km pilgrimage taken by many tourists.

With his sons backpack and guidebook at hand, Tom decides that he will do the walk that his son attempted to do. And so he sets off on a journey that will take him through many a picturesque part of France and Spain.

He may start off on his own, but along the way, he meets fellow Camino travellers each with their own deeply personal reasons for doing the walk: hefty Dutch party animal Joost (Yorick van Wageninen; cynical chain-smoking Canadian Sarah (Deborah Kara Unger) and the Irish writer Jack (James Nesbitt) who is literally lost for words. Despite reluctance on Toms part, the four of them eventually bond and take on all that the Camino throws at them together. 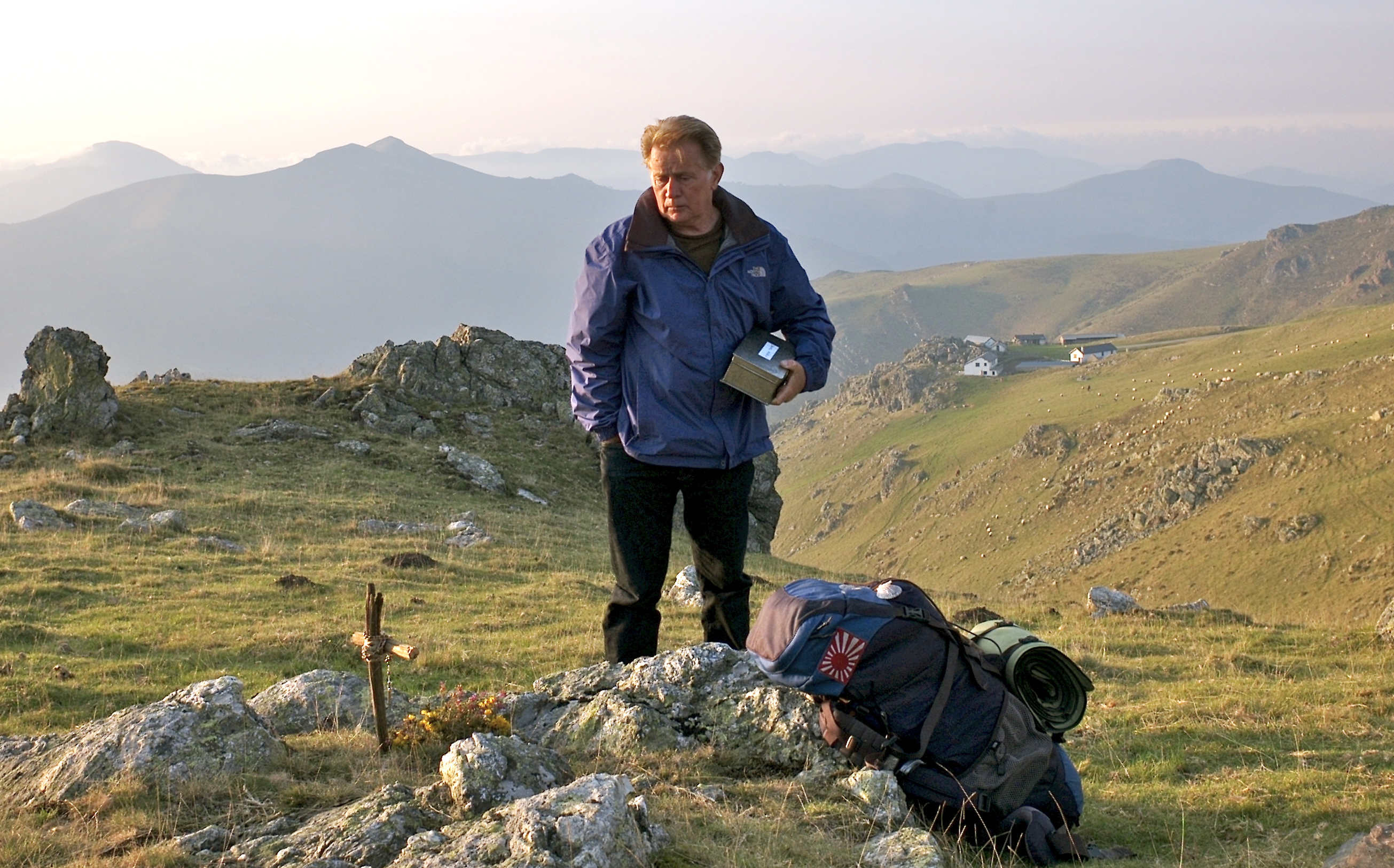 Boy with what my ticker's been through, I hope to God that doesn't happen to me.

The Sheen dynasty is one that has certainly had its fair share of public ups and downs over the years, with Charlies recent bizarre headline-consuming shenanigans not doing the family name any favours. Emilio Estevez however, like his film career, has been extremely quiet for the last decade or so. The last ten years has seen The Mighty Ducks actor put his acting career on hold in favour of directing, in particular a few US TV dramas such as Numb3ers and CSI: NY

Perhaps making up for lost time in a way, Estevez not only directed this film, he also produced it, wrote the screenplay and manages a cameo playing his real fathers pretend son in the film. Even with all this responsibility, he manages to juggle all his said duties with confidence and style.

The most remarkable aspect however, is the manner in which he directs. Considering his Hollywood upbringing, the film has a European feel about it in almost every sense. It has a very natural flow in both style and content, giving it a post-modern Italian neo-realist approach. Everything about it is down to earth; from the camera movements, locations to the acting.

The incredible journey all the characters take will resonate with backpackers everywhere; acting as a reminder that the guide book is and forever will be the modern bible, and that theres nothing quite like the kindness of strangers to stir the soul. It will trigger fond memories in every backpacker and perhaps even give them itchy feet once again.

At first glance, this may very well be nothing more than a film about four people on a very long walk. But if you stick with it, like a non-speaking member of the group trailing somewhat at the back, you realise that its so much more; its about faith, relationships, family, beliefs, facing adversity, and above all, blossoming friendships.

Whats more, The Way is the perfect antidote to disappointing summer blockbusters. Its brimming with warmth, charm and sentimentality, and is certainly a journey that is easily recommended to both discernable travellers and audiences alike.