Who the hell is Florence Pugh? The 26-year-old British actress has had a career that has been seemingly rocket propelled, from wowing audiences with her first major role in a feature in 2016’s Lady Macbeth, then the BBC drama The Little Drummer Girl and Midsommar, to joining the MCU as Yelena Belova, Black Widow in waiting.

It’s already an impressive CV, one that she continues to build on, as she does here with this intriguing drama. 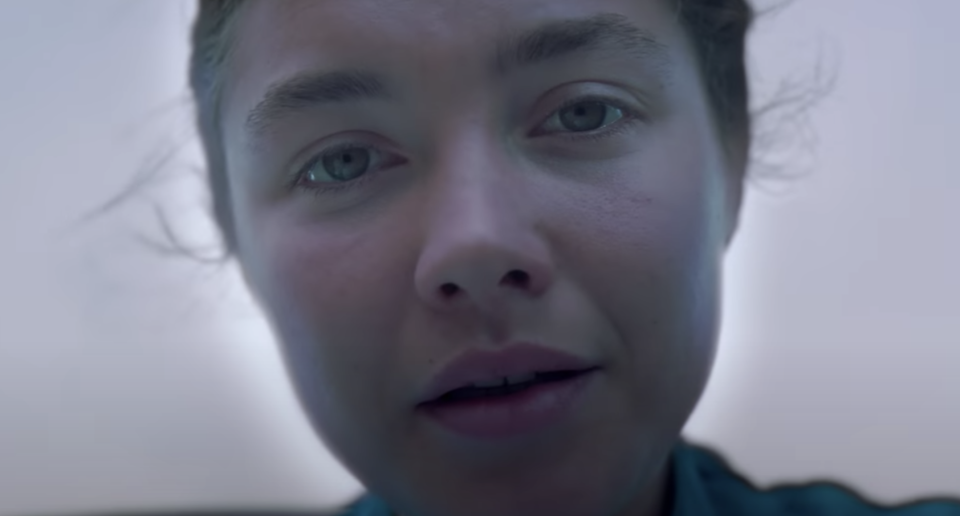 Look into my eyes, you are felling very sleepy...

Ireland, 1862, and nurse Lib Wright has been sent for, from England, for quite a peculiar reason, as a committee informs her.

There is a young girl called Anna (Kíla Lord Cassidy), who apparently hasn’t eaten anything for four months, without suffering any real ill effects. The committee have therefore brought Lib, as well as a nun, to watch the young girl for the next two weeks.

As a woman of science, Lib is clearly sceptical, but could there be more to this than meets the eye? 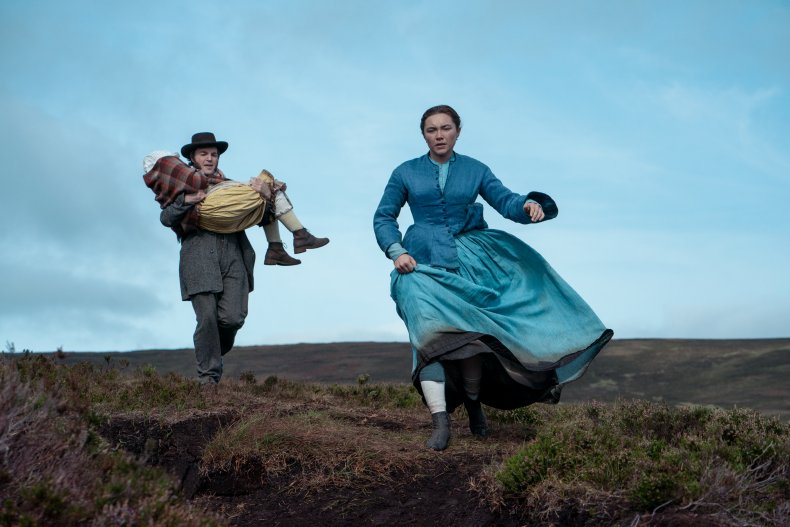 Leave me alone, that isn't mine - I'm a dog person!

Based on a novel of the same name, written by Emma Donoghue – who also co-wrote the script- The Wonder is a fascinating account of faith versus science. Although there’s no physical way of the young girl staying alive on, as she puts it ‘manna from heaven’, there’s no clear evidence as to how she’s sustaining herself. And although Chilean director Sebastián Lelio (A Fantastic Woman) keeps everything pleasingly vague, there’s always a slight hint that there may well be something rather miraculous occurring here.

From its unique and brave opening scene, set on the film’s actual soundstage, it’s made clear that this is a story, and nothing else. He even re-iterates this smoothly within the film itself. It’s an interesting use of breaking the forth wall, particularly in a period drama setting.

There’s a strong ensemble cast too, that includes Tom Burke, Toby Jones, Brian F. O’Byrne, Elaine Cassidy and Ciarán Hinds, but the biggest accolades have to go to Pugh, and especially her young co-star, Cassidy, making her screen debut. The moat compelling scenes are those they share together, as Pugh’s Lib tries to ascertain what is actually going on.

But perhaps the real star of this film is Ari Wegner’s sumptuous cinematography, which uses green as a theme throughout and runs with it in a stunning fashion. Her Ireland is striking and oppressive but never ever dull.

Pugh is solid, but nothing more, almost seemingly making a deliberate attempt to not outshine everyone else, especially her young co-star, making for a more nuanced performance. No doubt this was a completely different experience to that of her role in Don’t Worry Darling, with the controversy that came out around it concerning on set behaviour between its director Olivier Wilde and film star wannabe Harry Styles; all that pointless kerfuffle, and probable inappropriate behaviour, has made Pugh seemingly more of a badass, unlikely to put up with anyone’s shit. And good on her for it.

It only goes to strengthen her ever-growing star power, already making her a considerable force in the industry. And if it results in superb films like this, then more power to her.

This is a slow-burning affair, but have faith in it, as it not only oozes atmosphere, but it’s rich with characters and an intriguing story that’s definitely worth your time.