There are some actors who just deserve better. Take Amanda Seyfried for example; she has proven herself time and again as versatile and talented, and yet has ended up in some truly turgid tripe.

Her recent success with Mank playing Marion Davies however, which led to her first Oscar nomination in the Supporting Role category, is hopefully a corner turned in her career that will lead to better, brighter roles. Unlike this one here, unfortunately, which yet again belies her abilities. That said, the same can be said for everyone else involved too, so she’s not alone. 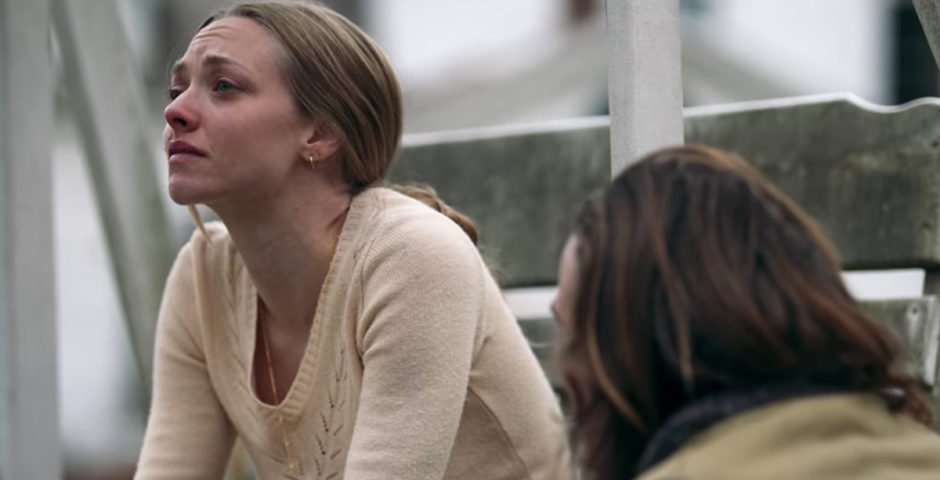 You don't understand, it is that bad - I was nominated for an Oscar, now this!

Moving to the rural surroundings of upstate New York are married couple Catherine (Seyfried) and George (James Norton) Claire, with their young daughter.

George has landed a teaching job not long after finishing his PHD, and Catherine is keen to show support by moving to this quiet part of the world. George has even found a house for them to live in, which used to be part of a family run dairy farm. He keeps a small detail back from his wife however, in that the house was the scene of tragedy for the previous family.

With George off teaching, Catherine finds herself spending a lot of time in the house, to the point where she starts hearing and seeing things – could the house be haunted? As it turns out, a ghost or two could be the least of her worries, as more secrets from her own family have the potential to cause more of a threat. 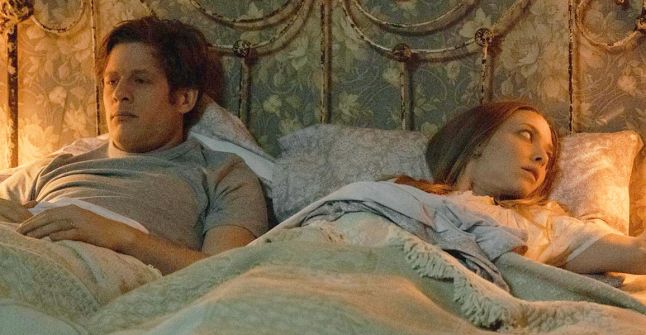 I'll let it out once she turns the light off, she'll never know...

There’s something quite disturbing about Things Heard and Seen, and sadly it’s far from intentional. It’s the fact that there’s absolutely nothing original about its plot, which to all intent and purposes is a hackneyed composite of many a haunted house film before it. Paying homage to those films is one thing, but using that element and getting it so very wrong is another. The result is a film without an identity or any real purpose.

If you want thrills, you won’t find any here. The supernatural element is suppressed throughout, and never really given the opportunity to make any kind of impact, instead left for generic scare tactics that come across as nothing but embarrassing.

But not content with being a bad haunted house film, it also feels the need to be a terrible psychological thriller too. In fact it’s only measure of success is in how incredibly bad it executes both. It once again turns to predictable and well-trodden story elements, such as both protagonists being sucked in by temptation, which do nothing for the narrative. The result is akin to a rejected Joe Eszterhas script that has been resurrected from the nineties, that wouldn’t have been acceptable then never mind now.

Much of the blame must go to co-writers and directors Shari Springer Berman and Robert Pulcini, who simply lost the plot with this one, failing in every aspect possible. Perhaps the curious mix of haunted house and family thriller was just one they couldn’t get their heads around, but even then, the fact that the film offers absolutely nothing in terms of creativity is just unacceptable. At the very least they could have made it atmospheric, but it has as much atmosphere as a multi-storey car park just after the lunch time rush.

It’s difficult to feel sorry for Seyfried and her British co-star Norton however, as it’s unclear how different it read off the page when compared to its final cut on screen. That said, here’s hoping that it doesn’t undo all the good work from Mank for her, because no-one would want to be remembered for this. Perhaps the fact that the film is so utterly forgettable may work in her favour, as well as everyone else involved. Certainly Seyfried deserved better than this – we all did.