And so the Marvel super-bandwagon rumbles on. With its flooding of content on both TV and cinema, despite having grown up reading the exploits of these heroes and villains in comics, it has to be said that Marvel fatigue is beginning to set in.

But in the superhero world, anything can happen. Like a director tackling the genre with a fresh and original approach. 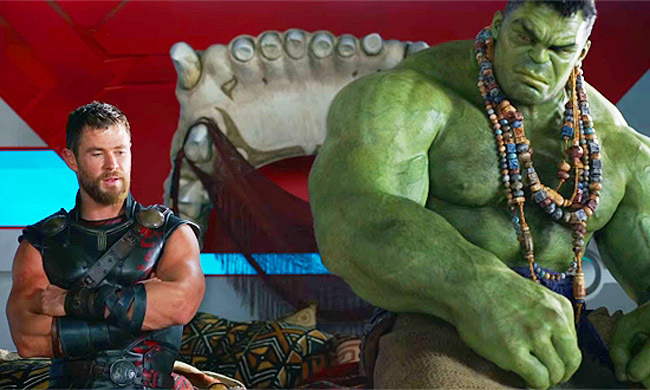 Only you can come to Hawaii and have a shit time - relax!

After getting into a bit of a spat with the fire demon Surtur, Thor (Chris Hemsworth) decides to return home to Asgard, see his old man Odin (Anthony Hopkins). Unfortunately, he’s greeted by his devious brother Loki (Tom Hiddleston), who explains that Odin is on Earth.

The pair finally track their father down in Norway, only to learn that he his dying. That’s hard enough news to take on its own, but then Odin explains further that his passing will also mean that their sister – who they didn’t even know existed up until this point - will finally be released from the prison Odin placed her in. And there’s a good reason why he put Hela (Cate Blanchett) there, she’s a bad ‘un. No wonder, as she was given the title Goddess of the Dead.

Miffed that she was imprisoned for so long, she decides that it’s time to take rule of Asgard, being as she was the first born to Odin. Thor objects, but big sis is pretty powerful and kicks his ass out of the realm, and into another.

Thor now finds himself on some weird planet full of rubbish, run by the eccentric Grandmaster (Jeff Goldbum), who’s not keen on having him leave in any hurry. Kept as a prisoner, it looks like that Thor isn’t going to be able to save the people of Asgard from his evil sibling and ragnarok – the foretold end of days - anytime soon. 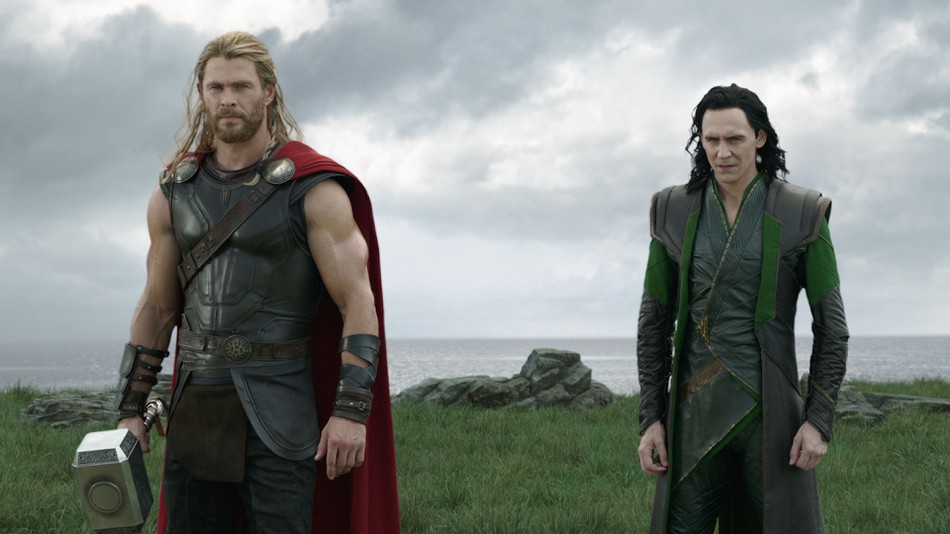 I told you before, glamping just isn't my thing.

It’s refreshing to see Marvel taking risks. Director Taika Waititi, responsible for indie delights What We Do in the Shadows and Hunt for the Wilderpeople, wouldn’t necessarily be seen at the top of the list to direct a Marvel behemoth such as this. But thank Odin he did.

Waititi has taken one of the more serious characters in the Marvel world, and made the most joyfully playful superhero flick yet. Thor: Ragnarok is a huge ball of fun from beginning to end. Waititi cuts through all the boggy mythology and just throws humour at the screen with the gusto of a clown cream pie.

Even the look of the film is other worldly. It has a groovy, seventies vibe, accompanied by a soundtrack which could easily have been lifted from Flash Gordon from 1980.

The one nag is the premise itself, which is flakier than expected, but the script and the performances – including that of Korg, voiced by Waitiki himself and who nearly steals the show – fill in all the holes so very nicely that you end up not caring.

Thor: Ragnarok is that rare Marvel title that not only works beautifully as a standalone flick, but could also be appreciated by someone who wouldn’t necessarily call themselves a fan of any of the big screen Marvel franchises. In doing so, it really does hammer home the ‘super’ into the superhero genre.