Those Who Wish Me Dead

What do fire and Hollywood have in common? Well, if you don’t know how to manage either, it’s easy to get burnt.

Someone who you would expect to have a thorough understanding of the workings of Hollywood is Angelina Jolie. Or so you would think. The Oscar-winning actress is not only the daughter of actor Jon Voight, but has also had three, high profile marriages to Jonny Lee Miller, Billy Bob Thornton and most recently Brad Pitt, as well as found the time star in a few films along the way.

Acting hasn’t appeared to be a priority in recent years however, with her role as Disney’s Maleficent being her main focus for the last ten years, as well as some voice work for the Kung-Fu Panda franchise.

And although this is billed as an Angelina Jolie film, it has to be said that her involvement in this film is about as bare as can be, which is something for the so-called star of it. 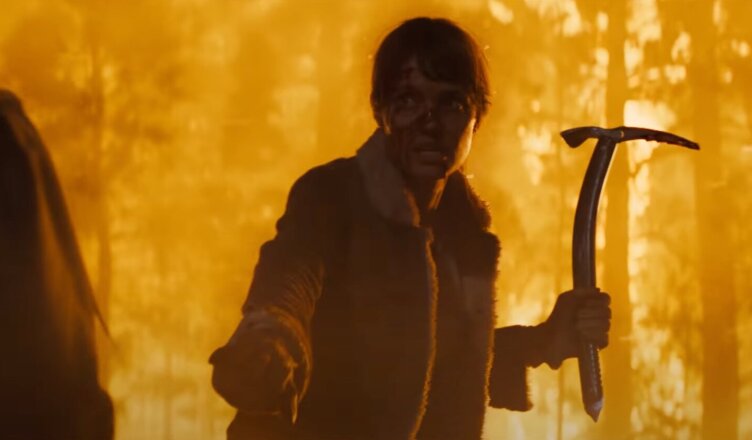 I don't care waht you say, I'm still the one and only Lara Croft!

Out in the woody wilds of Montana is smoke jumper Hannah (Jolie). When a fire breaks out in the forest it can have a devastating impact, which is why Hannah and her colleagues take to the sky and are deployed to the very heart of the fire by parachute, in attempt to put it out as swiftly as possible.

But after witnessing a tragic scene on the job, Hannah is now haunted by her past, preventing her from either focusing or participating fully at the task at hand, to the point where she’s posted to a fire lookout tower for her own safety.

Meanwhile, on their way to stay with Sheriff Ethan (Jon Bernthal) are his brother-in-law Owen (Jake Weber), and his nephew Connor (Finn Little); both are in imminent danger, being chased by two lethal baddies Jack (Aiden Gillen) and Patrick (Nicholas Hoult), and are looking for a safe haven on the Montana hills.

Little does Hannah realise that she’s going to have to quickly get her head back in the game, when her path crosses that of young Connor, if either of them are to survive the growing dangers that are snapping at their heels. 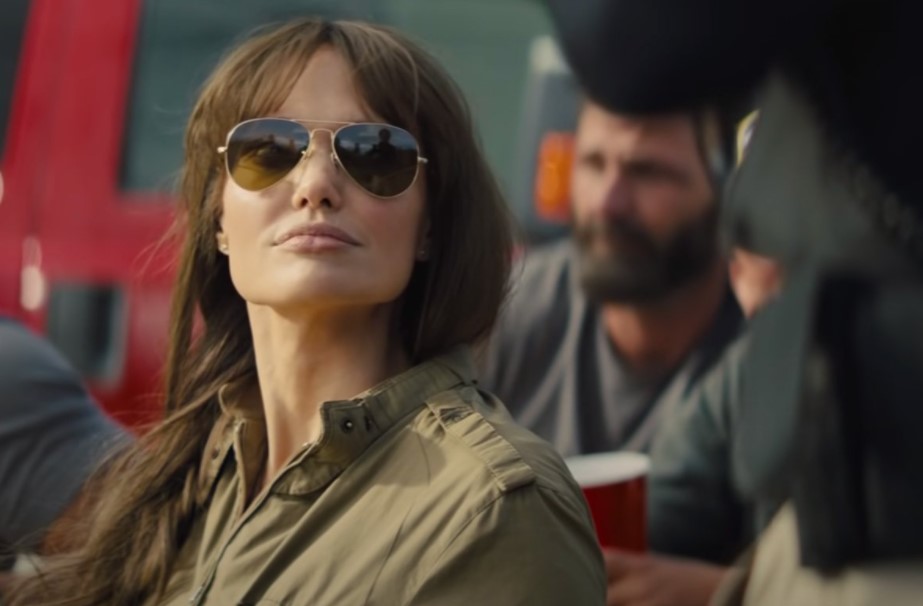 There’s really just too much going on, with much of it being truly absurd, to take this flammable take on the classic Witness, seriously. Not content with just being a boy on the run being hunted by bad folk story, director Taylor Sheridan weaves an ill-fitting fire flick into proceedings. The result is truly jarring, with neither visibly comfortable in either’s company.

The good news for Jolie however, the film’s star, is that she really doesn’t feature that much in it; there is one scene that the star probably demanded that sees her in a redundant action sequence, but other than that, there’s very little to do. So much so that the film actually has to turn back on itself, with Jolie’s character running into a dead end, only to see her back at square one again. It’s just one indication of not knowing what to do with her in her own film.

It may have all made perfect sense on the page for Michael Koryta, or at least his novel on which this is based, but his debut effort at a screenplay is an utter, contrived mess.

And yet the film is not without its charm; it has a strong, talented cast that are doing their best, all things considered, with young Australian actor Finn shining the brightest.

It also has a warm, cheesy eighties action flick vibe, that would have starred Sly Stallone back in the day, hamming it up to eleven, no doubt going hand-to-hand with both flames and the bad guys, simultaneously. He certainly wouldn’t have sat back and been out-acted by his own cheekbones, as Jolie does here.

To his credit, Sheridan gives it a pleasing cinematic sheen with some solid cinematography, as well as executes a number of set pieces with style and pace.

The film then is bipolar, not knowing whether to be a Witness clone, or a Only the Brave rip-off, ultimately failing on both counts, as it delivers all smoke and no real spark to really turn the heat up.