There seem to have been a number of film musicals released in the last year or so, probably in response to the global pandemic. The thinking possibly being that audiences need uplifting at home and musicals have the power to do it. Which is true enough, just not this one sadly.

It has a strong pedigree too, which makes it all the more strange, with current musical maestro Lin-Manuel Miranda (of Hamilton fame, as if you didn’t know) directing Andrew Garfield as theatre composer Jonathan Larson. 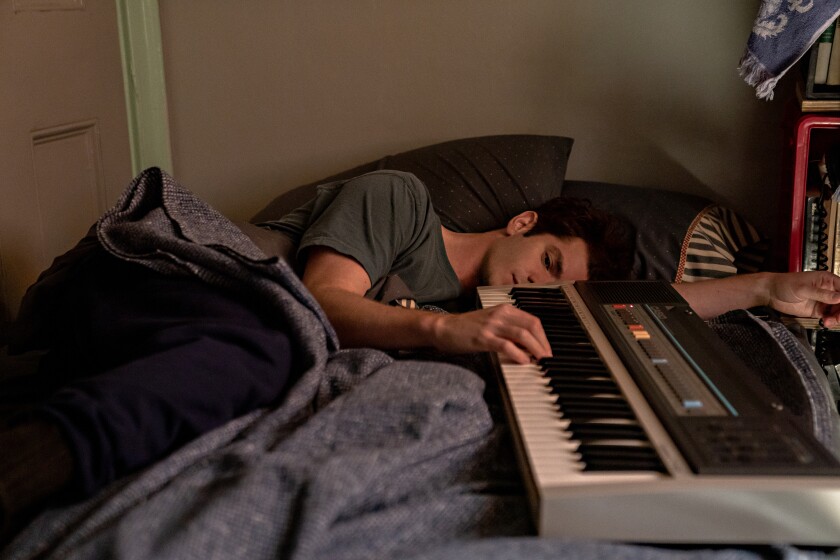 NYC, 1990, and young wannabe theatre composer Jonathan Larson (Garfield) is fretting over his upcoming birthday – of turning 30. Many of his heroes had produced some of their best work before then, and Jonathan still finds himself working in a diner, despite all his efforts.

He’s been working on a musical for some time, a number of years in fact, which is having an impact on his personal life. He’s been writing a musical called Superbia, which is almost there, but he’s been told he’s missing a song, and it’s proving to be quite challenging.

With his main focus being his work, its affecting his relationship with his girlfriend Susan (Alexandra ship), as well as his close friends. But with a deadline looming to perform his play to some influential people, Jonathan has to get it finished, whatever the cost. 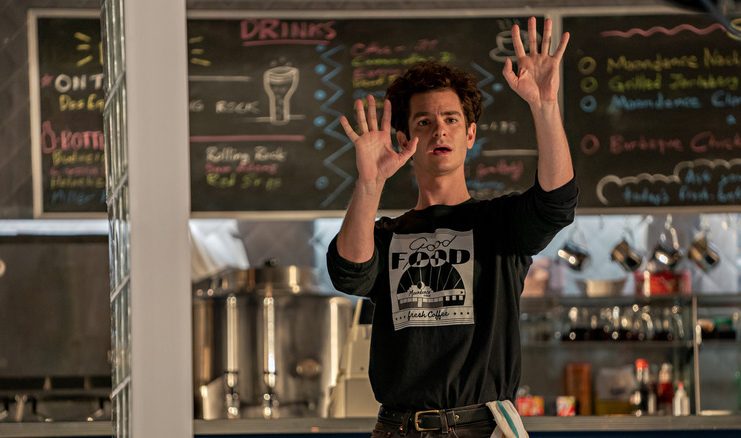 Based on the semi-autobiographical musical of the same name, it tells the story of life before Larson made a huge success with his musical Rent.

It has all the ingredients to be something special then, but it’s lacking in so many areas, but in particular, the music, which is a problem for a musical. The music is unremarkable, feeling dated and uninspiring. There is no anthem, and what there is, is rather rigid and predictable. In fact the film would have benefitted greatly if it just took all the music out and focused on the story itself, which would have been an improvement.

And even Miranda’s direction is somewhat pedestrian, lacking real flair and imagination. Garfield can tick musical off of his ‘to do’ list, which is something at least, and he gives an amiable performance, nothing more than that.

It’s disappointing then that the most energetic aspect of a musical is the title itself, which is the case here. It’s unlikely to blow you away, that’s for sure.