It’s official, British actors are now far better at playing Americans than actual American actors. It’s the only explanation for so much British talent going over there and stealing all their jobs. For example, not one but two Englishmen have played the world’s most famous web-slinger. That’s just nuts.

And although it feels like a new phenomenon, Brits have been doing it for years. Take Geordie actress Andrea Riseborough, who starred in Madonna’s W.E, playing Wallis Simpson, back in 2011.

This then is just her latest role, playing an American with a major drinking problem. 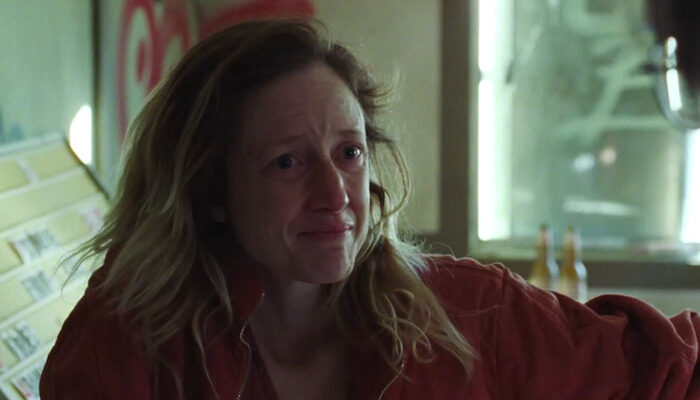 Why did you tell me he dies in the end, I said no spoilers!

Living her whole life in the small town of Braddock, West Texas, is Leslie (Riseborough). And although there’s a real sense of community in a small town, it’s a difficult place to hide your mistakes.

Leslie became popular after a big win on the lottery, but it’s a popularity that led to her unfortunate demise, losing all the cash in the process.

She hit the bottle, hard, meaning that there was little chance of her ever picking up Mother of the Year for looking after her son James (Owen Teague), who’s now in his late teens, living away from home.

Without being able to get through a day without drinking, Leslie soon finds that she’s burning all the bridges around her, which only adds to the vicious cycle she finds herself in.

And then one day, she gets lucky, offered a job that she doesn’t deserve. Could this be the moment when she gets to turn her life around? 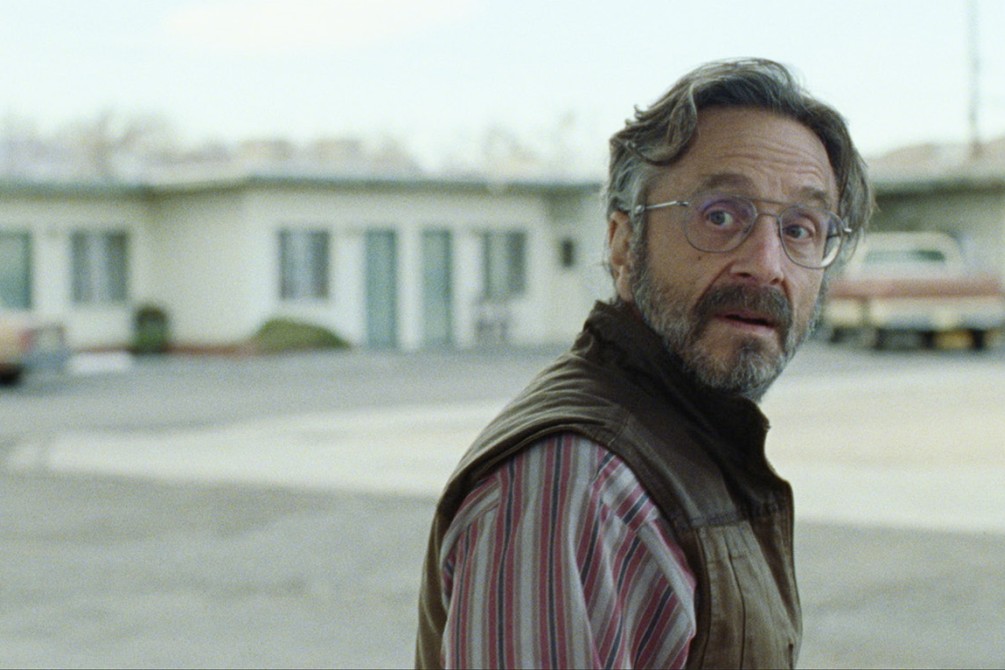 With Riseborough playing so many Americans now, no doubt many citizens of that land think of her as one of their own, which only reinforces how darn good she is.

Not only does this northern lass have a US southern accent to contend with, that she nails, but also appear in virtually every scene on this emotional rollercoaster of a role. One of the biggest mistakes often made playing drunk is going big, exaggerating every aspect of one’s persona. Not Riseborough however, who understands the complications of being a very particular kind of drunk: not drinking for the buzz but drinking for the pure necessity to get through the day.

Riseborough’s performance is beautifully nuanced, swaying where she needs to on her tightrope, but never looking like she’s ever going to fall off. So when one tear slowly makes its way down her cheek, it has optimum impact.

Someone giving her a run for her money however is the American playing an American (how novel), Marc Maron. He plays soft touch Sweeney, the most welcome possible light at the end of her tunnel. There’s a relationship that right from the off you just want to work, but you can’t exactly bank on it knowing Leslie’s previous form.

Director Michael Morris, yet another bloody Brit, treads familiar ground with the story, based on real events, of an alcoholic trying to make amends, but the one thing that helps elevate it above the rest is Riseborough; he captures her on all ends of the spectrum of her brilliance, making her one of those characters that the audience can’t help themselves falling in love with.

He hits gold with his casting of Maron too, who mostly plays an edgier version of himself, indulging here in a spot of actual acting, delivering a warmth, charm and vulnerability. WTF indeed.

There’s also a wonderful supporting role by Allison Janney, who really should be too big for this kind of role, but you’re glad that she’s there.

It’s a difficult watch at times, especially if you have happened to have experienced the many pitfalls of alcohol addiction first hand.

There is enough light however, to dampen the darkness, making To Leslie an elegantly crafted piece of Americana that truly is a journey from beginning to end.