A story about a short person and their obsession over a bit of jewellery doesn’t necessarily sound that exciting, but English writer J.R.R. Tolkien did all right out of it.

So much so that his work has had the big screen treatment, mostly thanks to Peter Jackson, and the online shop that now also makes shows is soon to produce a Lord of the Rings series, that will hopefully keep actors of short stature in regular work for a bit too.

This then, is a look at the man behind the hobbits, dragons and jewellery theft, with Nicholas Hoult starring as the world famous fantasy author. 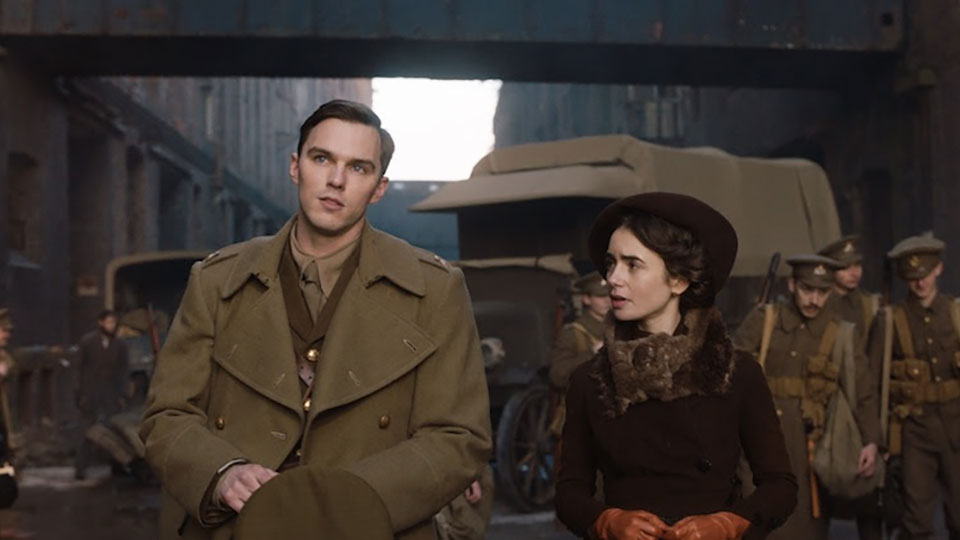 Sorry, what was that you said about putting a ring on it?...

With a tragic back story, young John Ronald Reul Tolkien (Harry Gilby) found himself in the care of the church, where it did its best to find him a home. He and his younger brother found themselves eventually looked after by Mrs Faulkner (Pam Ferris), who allowed them to go to a decent school, where John would make life-long friends.

Now a young man, John (Hoult) is still a member of the Tea Club and Barrovian Society, along with Rob (Patrick Gibson), Christopher (Tom Glynn-Carney) and Geoffrey (Anthony Boyle), as all of them prepare for the next challenges in their lives: university and love. John doesn’t have to look far for the latter though, as he falls for Edith (Lily Collins), who just so happens to be another one of Mrs Faulkner’s charges.

And just when they all feel as if they have a grip on life, war breaks out, sending all four to the front, the experience of which changes all their lives forever. 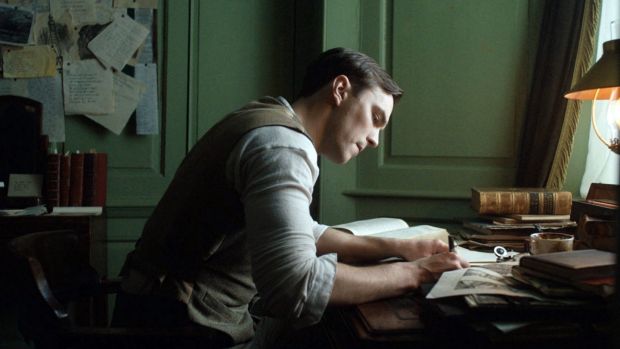 Then Bilbo decided to put his feet up, pour a drop more mead in his tankard, and stream yet another episode of Queer Eye.

There’s no doubting that Tolkien is deserving of a biography, it’s just a shame that Finnish director Dome Karukoski’s film ends just as his protagonist’s life starts to get interesting. Karukoski focuses heavily on the juvenile Tolkien, the friendships he makes and his relationship with Edith. Apart from the odd glimpse of the man he would become, the film treads tired ground, coming across as almost a stiff-upper-lip, early 1900’s version of Good Will Hunting. It’s all terribly twee, and although the main characters do well, it’s fair to say the dialogue lacks magic.

It’s great he had such long-lasting friendships, and that he found love so young, but what’s missing is a sense of Tolkien the dreamer; the character, much like the film, is bereft of imagination. The film ends a number of years before he wrote his first book, The Hobbit, published in 1937, just as his career begins to take off. Incidentally, his follow up novel, the first volume of The Lord of the Rings, wasn’t published until 1954. It feels as if a story is there as to why it took so long, but again, Karukoski chooses to ignore it.

It’s as if Karukoski was planning on taking a page out of Jackson’s book, by splitting his story into a trilogy, with this part just covering the rather dull early years. To do a biography and miss out all the juicy stuff is rather odd though.

This biography is one of those rare titles where you come away from it almost knowing less than you did initially about its subject matter, which is surely doing the man, and his legacy, somewhat of a disservice.