It’s not often that films will affect an audience to such a degree that they change their career path and apply in their droves, but that’s exactly what they did in 1986, with the release of Tony Scott’s Top Gun, which led to a huge increase in recruitment numbers for the US Navy.

Well, the US Navy can no doubt see those recruitment numbers rise again with the release of its sequel, an astonishing 36 years later, with its still fresh-faced star, Tom Cruise, returning in the jet seat. 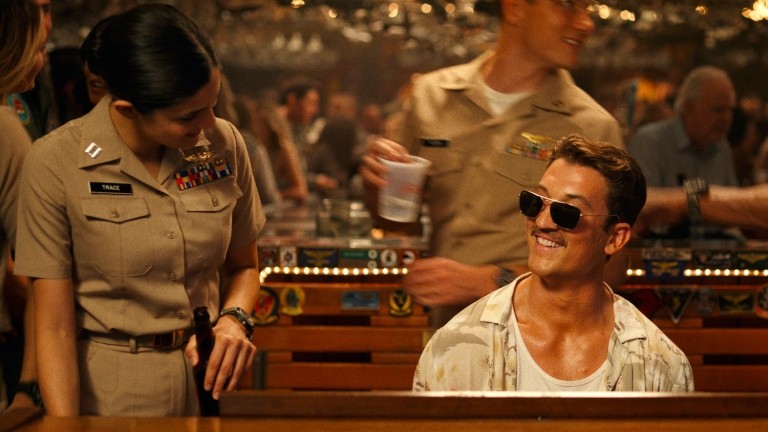 Your eyes don't deceive you, I'm not playing with my hands...

There’s a reason why Peter Mitchell (Cruise) got the call sign Maverick, and it's the same reason why he’s remained a Captain for all these years, when many of his peers have had many a promotion, like his old pal Iceman (Val Kilmer), who’s now an admiral.

A mission comes up that his superiors feel he’ll be perfect for, but not for the reasons Maverick might think. It’s a virtually impossible mission (well, it would have to be, wouldn’t it), that involves some incredible flying skills to pull off. Maverick is of course well up for it, but he’s informed that he’s wanted to actually train the team, not lead it.

He’s given very little opportunity to say no, and soon finds himself back to the Top Gun flight school, where it all began for him, all those years ago.

All of the candidates are eager to please, but one stands out more than most, going by the call sign Rooster (Miles Teller), who just so happens to be the son of his old friend and wingman Goose, who died in action saving maverick.

As if the two of them having a frosty relationship wasn’t enough, Maverick has to train all these young hotheads for a mission of such high difficulty, there’s no guarantee that they’ll return in one piece. 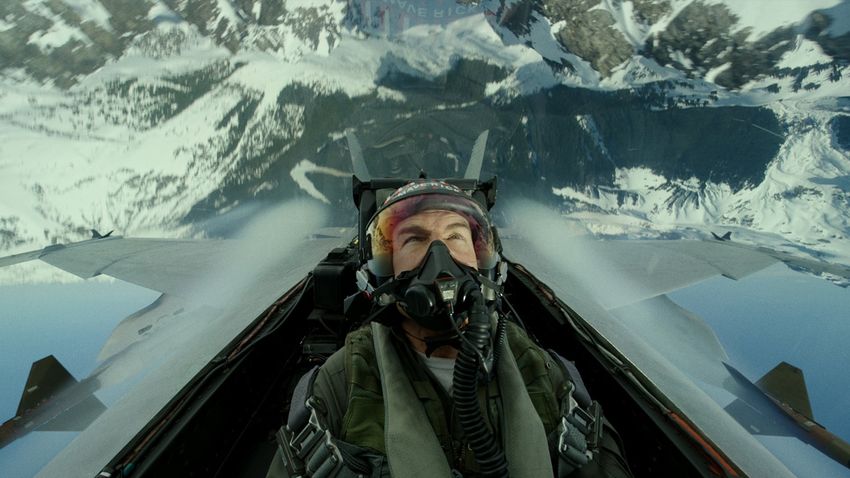 I think the Satnav is on the blink, this doesn't look like Wembley High Road?

The original Top Gun was the perfect example of a type of film that was big in the eighties, action-packed, dripping with testosterone. This sequel then feels it has more in common with a DeLorean rather that a jet fighter, fuelled more by nostalgia than anything else.

It’s not ashamed of the fact either, with audiences from the off greeted with Kenny Loggins and his hit Danger Zone that was so iconic in the original, back to cement its place as one kickass cinematic anthem.

The story feels like it went back a little further, to 1977 to be precise, borrowing from a certain space film that took place in a galaxy far, far away. You see the mission here involves fighters having to destroy a very small section of an enemy base, one where they only have one shot of succeeding. Even director Joseph Kosinski doesn’t care that we know where he’s stealing from, as even one of the fighter pilots utters the immortal line “stay on target”.

Another indication that the story isn’t king here, is the fact that the enemy is literally faceless throughout. So much so that they aren’t even connected with any specific country, giving them as much personality as your average Stormtrooper. It feels odd to have a war film with such a vague adversary, because ultimately, neither the US Navy nor the audience have a clue who they’re fighting – some things never change.

It doesn’t really matter though, as the story literally takes a back seat to the incredible aerial footage, which as everyone must surely know by now, saw the cast filmed whilst actually flying. And it just goes to show that despite the leaps and bounds in CGI, you really can’t beat the real thing. To make it stand out even further, the IMAX footage features in the 4KUHD version, filling the entire screen whenever there’s a cockpit involved, making those scenes in particular even more dramatic.

These scenes are truly impressive, the likes of which have never been seen before, all wrapped up in a throwback, or is that a flyback, to a chest beating, call sign shouting era in cinema.

And Tom Cruise, who is now sixty, doesn’t look a day older than his first time out as Maverick, so maybe there’s something to the old Scientology lark after all.

Top Gun Maverick then is a film that manages to straddle time, with one foot firmly in the eighties, as well as using some of the most state of the art technology to film some truly jaw-dropping scenes.

Not only does it ooze the feel-good factor, but don’t be surprised to see very long queues snake around the US Navy recruitment offices once again.


***We've a copy of Top Gun: Maverick on 4K UHD to be won in our latest competition. For your chance to win, enter here.***