The new normal. Three words that are now almost casually used to describe what has become of much of the world since the global pandemic took hold of it.

Latest scientific data states that there have been over 41 million cases of COVID-19 to date around the world, claiming over 1.14 million lives. And with 223 thousand reported deaths, the US has had by far the largest number of fatalities.

For his latest documentary, Alex Gibney examines not only the spread of the disease in the US, but more importantly, the government’s response to it throughout. 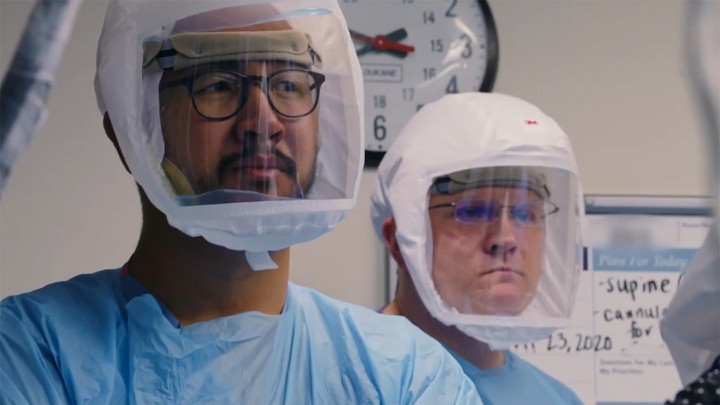 Acclaimed documentarian Gibney narrates, produces, and co-directs (with Ophelia Harutyunyan and Suzanne Hillinger) this comprehensive look at not only how ill-prepared the medical profession was for the pandemic on US soil, but also, and more importantly, the failings of the US government towards it.

Of course some quarters could easily reject this documentary as nothing more than fake news, seeing that it contains interviews from highly regarded scientists, medical professionals, and journalists, offering nothing other than factual insights and scientific evidence as they do.

And it’s a thoroughly disturbing universal truth that they all appear to be adhering to, with much of the blame being aimed at the government generally, and of course, the current POTUS specifically.

It looks into how the serious nature of the pandemic was played down from the off, as well as the controversy over the accuracy of the early testing kits, as well as their limited availability, along with such urgent protective wear (PPE) lacking for all medical staff across the country. 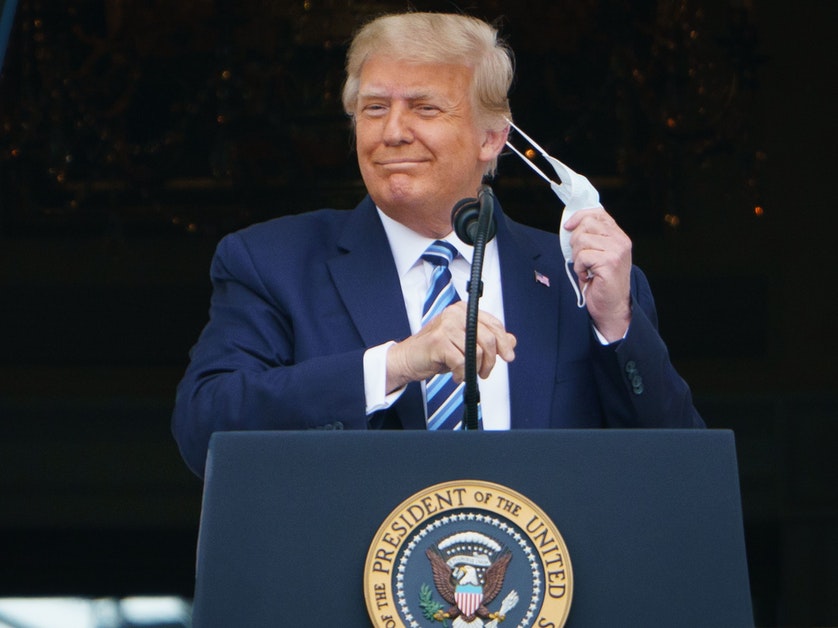 It's not a mask, it's a pair of panties I snatched from some girlie round the back.

It also reveals how the government, despite many warnings, not only failed to take it that seriously from the start, instead choosing to focus on the economy instead, but also continue to do so, particularly when it recruited students to try and attempt to procure the necessary PPE on behalf of the United States’ government.

Not only should Gibney and his team be commended for their efforts in producing this doc during the pandemic, closely following social distancing guidances to the letter, but also for once again sourcing what feels like solid and believable contributions throughout.

There is a case for it coming at a time when perhaps audiences are suffering from both COVID-19 and Trump fatigue, with both dominating our lives for what feels like several years now, but perhaps it’s needed more than ever, especially with the upcoming election. The film’s title comes from a comment Trump made to the press, where he claimed that as far as the virus is concerned, they have it “totally under control”. The large numbers of deaths appear to contradict that sentiment however.

And as there currently is no vaccine available, this film may well need a sequel, with all things pandemic related still up in the air, as it were. Let’s just cross our fingers that the human race is still around to watch it.