In 1987, Dutch director Paul Verhoeven hit the target with audiences with his sci-fi action flick RoboCop. On the back of its success, he wanted to go big with his next project, and he didn’t disappoint.

He certainly couldn’t get much bigger than his lead – literally – with the casting of Arnold Schwarzenegger; Arnie had already proved box office gold with films such as Terminator and Predator, making him the perfect action hero for his sci-fi film Total Recall. 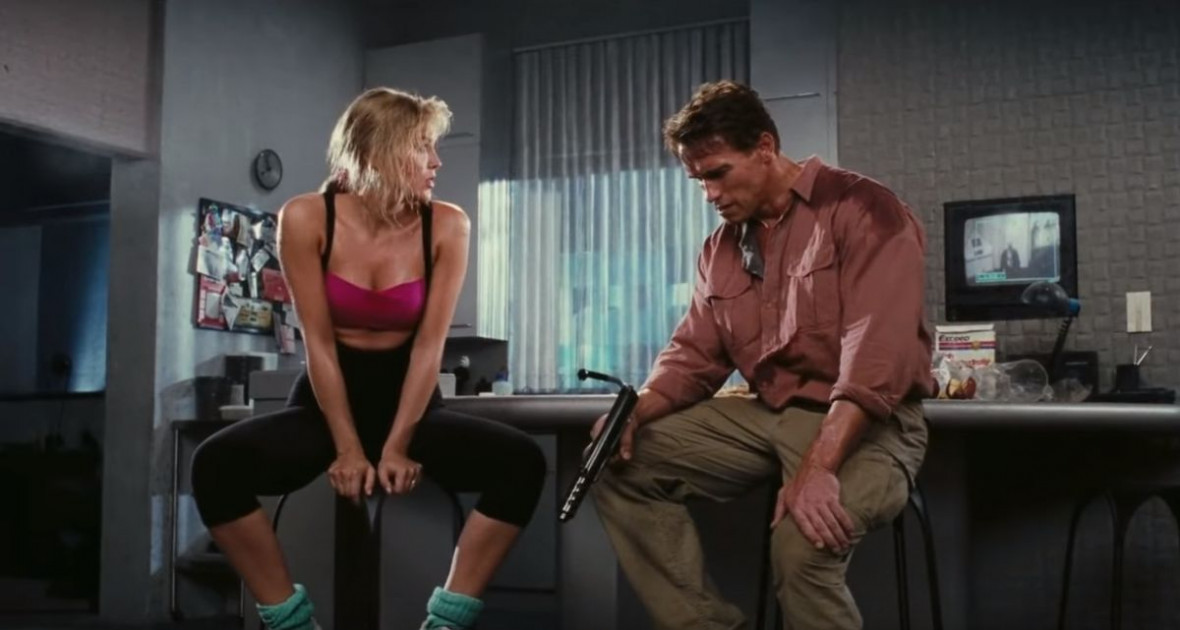 I know Sharon, but I'd just like to be taken seriously once. Why won't they just let me do Hamlet in Space?!

Working a rather dull construction job on Earth is Quaid (Schwarzenegger). Of a night however, his life comes alive in his dreams, as he finds himself having adventures on the recently colonised Mars.

These dreams only fuel the desire for more excitement in his life, a desire, sadly his wife Lori (Sharon Stone) doesn’t really share. This leads Quaid through the doors of Rekall, a tech company that can implant false memories into the brain, to make you feel as if you’ve actually lived that life. Quaid agrees to the procedure, wanting to experience the life of a secret agent for two weeks.

Just as he’s about to get the implant installed, something goes wrong, which panics those in the clinic, so they abruptly scrub the visit from Quaid’s memory and send him on his way.

When he returns to consciousness however, Quaid is soon pursued by gun-carrying thugs, with his life in danger. Or is he? Are the memories he’s having now really his, or are they artificial?

He learns that perhaps Mars holds the key, and decides his only way of finding out who he really is, is to go to the red planet and find out once and for all. 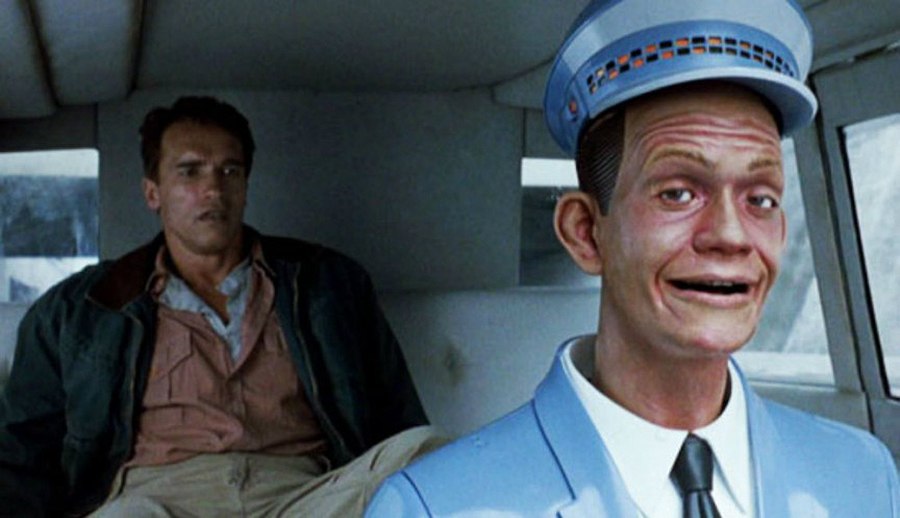 If you could just plug me in if the battery light flashes, that would be super.

Released in 1990, Verhoeven’s sci-fi spectacular was touted to have been one of the most expensive films ever made. Whether this was actually true, as it was never confirmed, is a moot point, as it raked in an impressive $261 million at the box office, proving to be highly profitable for all those concerned.

Even though this 4K restoration certainly helps to reinforce how visually impressive this film was for the time, this thirty year anniversary release also highlights how dated it feels, although often in a pleasingly retro fashion. It’s certainly curious to see video calling being used as standard throughout, as well as automated taxis on the streets.

But unlike the subtle elegance and beauty of 1982’s Blade Runner, based on a Philip K. Dick story as was this, Verhoeven’s film is archetypal of the brash and garish action flicks of the eighties. It is a film where the sound design team didn’t hold back, ensuring every thwack, ping, and rat-a-tat-tat is heard with pronounced impact. That said, Jerry Goldsmith’s impressive soundtrack still holds up after all this time.

It’s certainly dated, but Verhoeven’s film still manages to be highly entertaining. The central idea for instance, of a man unsure of what reality is, resonates strongly even now. And Schwarzenegger gives it his all, personifying the action hero in peril in space. The film even maintains its 18 certificate, probably less for the slightly sleazy titillation, and more for the body count, with fairly gruesome action scenes.

It would be unfair to deem it a classic in the true sense of the word, but that’s not to say that Total Recall isn’t a blast; it provides not only a welcome shot of nostalgia, but also an entertaining snapshot of a big-budgeted action flick flexing its considerable muscles, going big in every way possible. Its science fact may well be rather wobbly, but the fiction is still a sight to behold.


***Fancy winning a copy of this memorable sci-fi? Then enter our competition! For your chance to win a copy on Blu-ray, Click here to enter.***