It was 1995 when a relatively unknown animation studio released their very first full-length feature film, Toy Story. Little did we know that this one film, that saw children’s toys come to life, would become the cornerstone of what would grow to be one of the most successful animation studios in recent memory, Pixar. It’s no wonder then that they were hoovered up by Disney in 2006.

Twenty-four years after their very first release, Woody, Buzz and the rest of the gang, return for their fourth big screen adventure. 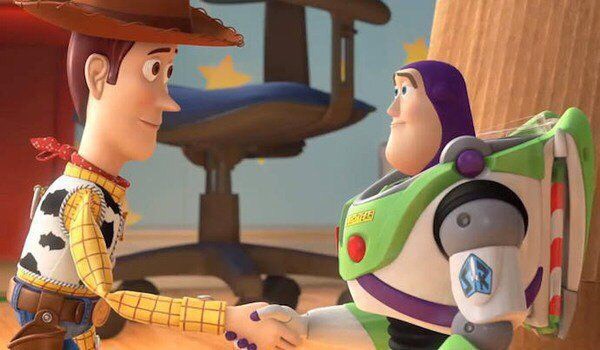 Well that was fun. See you in another ten years or so I guess.

Toys, like people, move on, and just like people, sometimes this move is completely out of their tiny plastic hands. Woody (Tom Hanks), Buzz (Tim Allen) and the gang now find themselves with a new owner, after Andy finally relinquished his childhood toys, choosing to pass them on to little Bonnie (Madeleine McGraw).

Although Woody is relieved that all the gang made it, he finds it difficult to hide the hurt that not only is he not Bonnie’s favourite, he’s now some way down the pecking order of toys to be played with.

All the toys do make it on a road trip with Bonnie and her family however, including new toy Forky (Tony Hale) that Bonnie had made herself and has become instantly attached to.

The vacation doesn’t go smoothly however, when Forky goes AWOL and Woody takes it upon himself to bring him back. This leads the pair into an intriguing antique store, where Woody encounters not only a dear old friend, but a new foe who seems keen to put them in jeopardy. 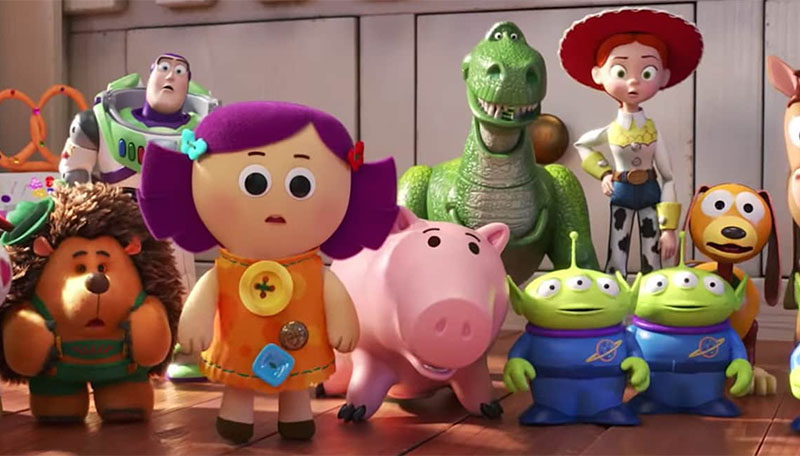 So if this one is mainly about Woody, that means the rest of us are...?!

Regardless of where you find yourself on the cinematic scale (from pure cineaste snob to lover of blockbusters), there’s a universal love for the Toy Story universe. There’s a real warmth and charm that the franchise exudes that is difficult to ignore.

Visually, this instalment is nothing short of a breathtaking visual spectacle. Although Woody and Buzz are reassuringly familiar, the animators have created a jaw-droppingly vibrant world for them to play in, that is unbelievably easy on the eyes. Not only have they pushed it out in terms of detail, the camera movements now mimic those of any action Hollywood flick, giving it a real cinematic feel. It’s such a desperate shame then that the story loses its way.

Unlike the rest of the film, the story lacks originality. So much so that it almost feels like a Best Of compilation, featuring as it does previous themes used in the other films in the series. Woody finds himself in unfamiliar surroundings, encountering a dark toy force to overcome. He’s also assisted by some new friends to help him resolve the issue and restore toy equilibrium.

And although the love interest is a fun area to explore, it’s done so rather clumsily, and feels as if the connection between them doesn't really work.

Also, this theme develops at the expense of a key relationship running through the entire franchise, that of Woody and Buzz. Buzz is relegated to a supporting character and doesn’t feature nearly as much as he should. This wouldn’t necessarily be a big deal if it wasn’t for the fact that this instalment has been quietly mooted as being the last. There have been murmurings that this might not be true, with both Tim Allen and crew members citing that further adventures could be possible, which would certainly be a relief, as this simply doesn’t feel the right way to sign off on the saga.

The film’s story itself could certainly be considered over ambitious, and remarkably, overlong, as well as lacking direction. Considering it was Josh Cooley’s first stab at directing a full animated feature, there is a sense that he was slightly overwhelmed by the project.

It also doesn’t bode well with eight individuals getting a ‘story by’ credit either; the fact that so many people were involved is a telling indication as to the script’s lack of cohesiveness. It also doesn’t feel as funny as previous entries in the series either.

The new characters also don’t feel a major addition to the series, with Forky in particular a missed opportunity. It’s a nice concept to have one of the humans create their own toy, but they seemed to have missed a trick; instead of using a rigid plastic spork, with little in the way of personality, Bonnie could have created a character out of Play-Doh for instance, which would immediately open up the creative palette.

That’s not to say that Toy Story 4 is a terrible film, far from it, but when Pixar set the bar so incredibly high, and a film in a much-loved series doesn’t quite reach those dizzying standards, it’s difficult not to feel a tad disappointed.

It’s certainly great to see Woody and Buzz back, even if they don’t spend much screen time together, you just would have thought that, considering that it’s been nine years since the last film, they had plenty of time to get the script right, and yet sadly, they didn’t.

Toy Story 4 is a joy to watch, no question, it’s just a shame that it feels like we have somehow seen it all play out before.