Babies. The world is full of them, and if you consider the very real issue of over-population and the rapidly diminishing resources of the planet, there’s probably more than there should be. But that doesn’t stop people making them, despite the fact that according to the United Nations, there is likely to be nearly 10 billion people globally by 2050.

This Japanese film ignores the bigger picture, instead choosing to focus on a couple who are keen to start a family. 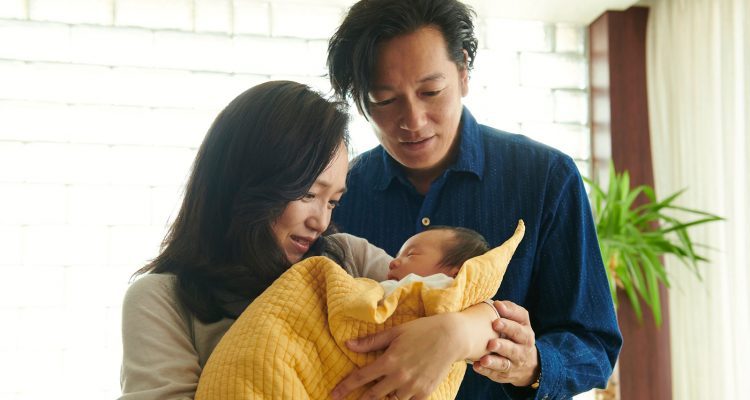 It was quite incredible how realistic the Cabbage Patch dolls had become.

Having been together for some time, Satoko (Hiromi Nagasaku) and her husband Kiyokazu (Arata Iura) decide that the time is right for them to have a child. After a period of trying and being unsuccessful, they learn that Kiyokazu has a medical condition that prevents them from conceiving naturally.

It’s a huge blow for the couple, but after watching a news item about an adoption agency, they decide that it’s an avenue that they hadn’t really considered and that it was worth investigating.

A few years later, and they are now indeed a family, having adopted Asato (Reo Sato) from birth, who is now in his final year of kindergarten.

All is well until Asato’s biological mother Hikari (Aju Makita), finds herself in a position to contact them, informing them that she now wants her child back. 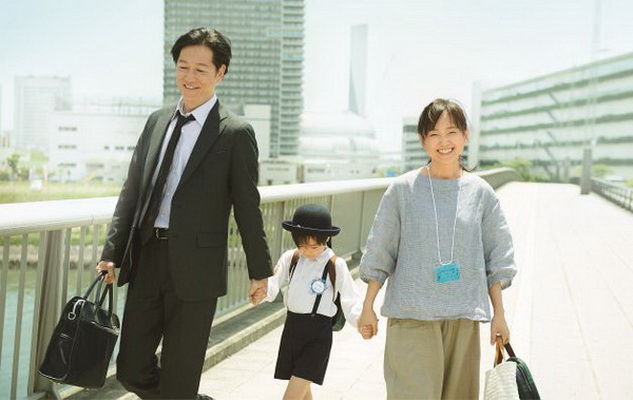 Drop this one off at the Returns desk and we can have our lives back!

Somehow director Naomi Kawase takes the highly emotive issues of motherhood and adoption and manages to drain them of all emotional weight. One of the main criticisms of the film is that it’s just far too polite. For a feature that is two hours and twenty minutes in length, it only gets vaguely dramatic at the two hour mark, and even then it doesn’t stay that way.

There are certainly some nice performances, particularly from Nagasaku, but nothing ever more than that. The story is also just too flaky, with at least the first half hour devoted to an incident involving Asato at kindergarten, that really doesn’t deserve as much attention as it gets. And that’s another problem for the film, as it doesn’t really know what its focus is.

The heart of the film should really be Hikari’s story, but her tale of young love and getting knocked up at an early age is all too clinical, with no depth of emotion to it. The only way an audience is cued that they should be feeling something is with the use of a truly saccharine music score that is more likely to induce vomiting rather than tug at the heartstrings.

With a woefully long running time, and nothing to really show for it, there’s an irony that if couples are watching together, there’s a very real chance that they’ll get so bored with this, they’ll find another way of entertaining themselves, which may well lead to another mouth or two to feed. Joy.