With the passing with everyday, we move away from traditional methods of payment in notes and coins. Nowadays, it’s just a matter of tapping plastic, or even your phone, and off you pops. And as everyone in the UK knows, as soon as Brexit happens, the only legal tender will be blocks of pure lard.

But this isn’t a new phenomenon; in the early 17th century in Holland, it wasn’t jewels, gold or any other precious metals that was causing a stir in the markets, it was the humble tulip bulb. 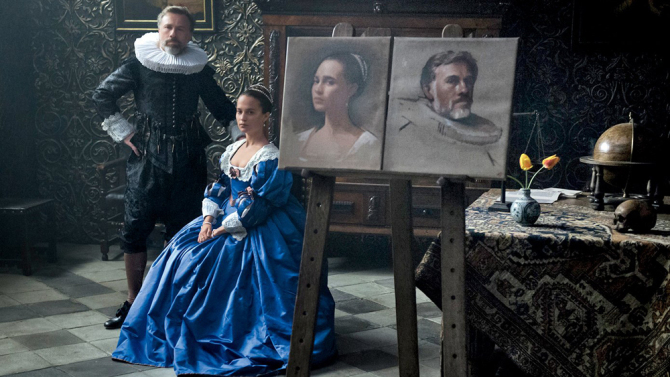 They had to admit, with the period filter on, the picture was very convincing.

Amsterdam, Holland, 1634 and young Sophia (Alicia Vikander) has been fortunate enough to make a life for herself, having spent much of her youth in an orphanage. She is married to Cornelis (Christoph Waltz), a wealthy businessman, and has a good friend in her maid Maria (Holiday Grainger).

Her footing in the household is in danger however, as she has yet to produce an heir for Cornelis to leave his considerable fortune too. If it doesn’t happen soon, he will be forced to move on to the next wife.

To make things even more awkward, her hubby decides to hire a young painter, Jan van Loos (Dane DeHaan), to paint their portrait, but Sophia she just so happens to fall in love with.

As he’s not quite a Dutch Master, Jan decides that the only way to make some quick money is in tulip bulbs, a market growing day by day. But planting seeds of a future together is easier said than done. 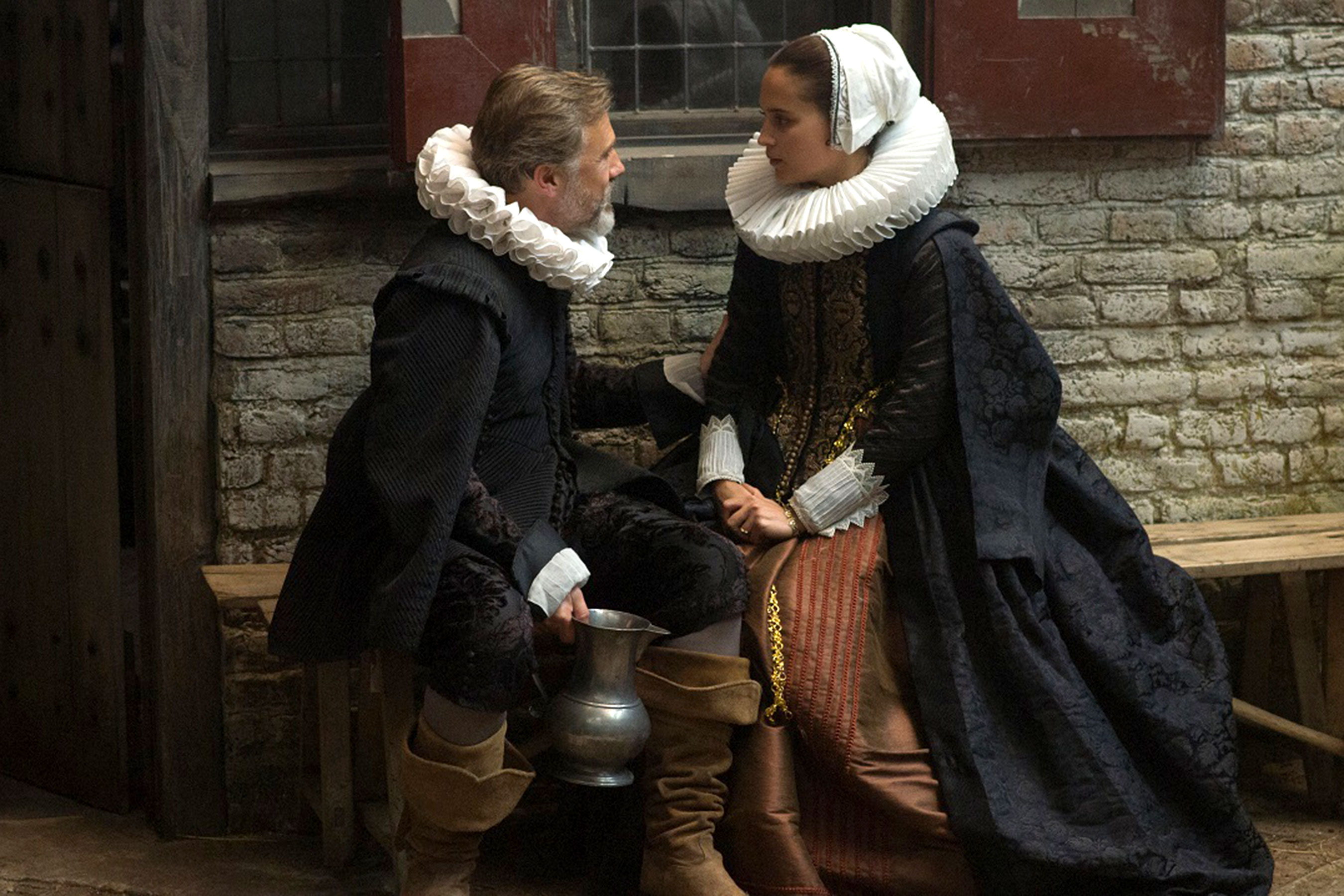 British director Justin Chadwick has managed to assemble an impressive cast, which also includes Tom Hollander, Judi Dench, Jack O’Connell and Zach Galifianakis. On top of that, the screenplay is written by none other than Tom Stoppard, so it sounds like a project that couldn’t fail. And yet it does, and it’s mostly down to Chadwick.

He certainly doesn’t get any more out of Vikander, who proves yet again that she has the range of a cheap Bluetooth speaker, and just as patchy. If it isn’t an earnest drama, in some period outfit, she simply struggles.

The script is on the flat side too, and well in need of an element of humour. It’s made even more disappointing by the quality of the cast, who all deserved better. It also doesn’t gel together, as it attempts to combine a love story and that of the curious buying and selling of tulip bulbs, with mixed results.

A highly intriguing story that just doesn’t get the treatment it fully deserves. With a little more, cultivation, care and consideration, this film could have truly bloomed.