When the delightful comedy Juno was released in 2007, it felt like it would be the start of great things for its director Jason Reitman, and writer Diablo Cody. And despite working together a number of times (2009’s Jennifer’s Body – written by Cody and produced by Reitman, and 2011’s Young Adult), that same kind of magic hasn’t made it up onto the big screen again.

But Hollywood loves a trier – especially if they make money – so the pair have once again re-united, not only with each other, but their Young Adult star Charlize Theron. 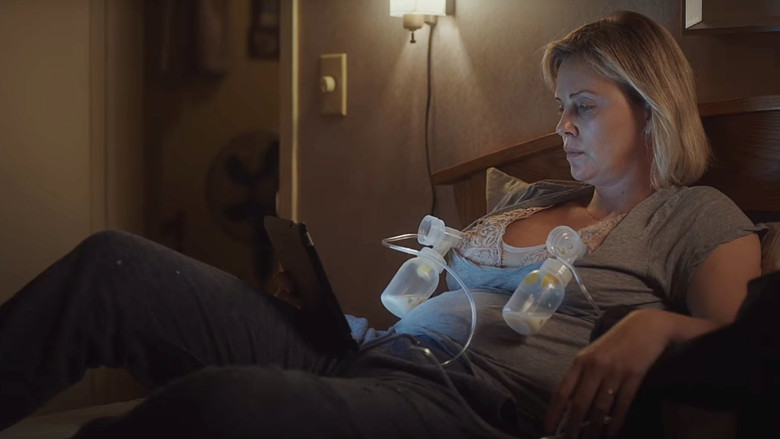 Miranda was surprised how niche requests from weirdos on the internet were.

As if family life wasn’t already challenging enough for Marlo (Theron) and her hubby Drew (Ron Livingston) - what with two young children, one of whom with an undiagnosed disorder – they have a third child on the way.

Thinking that she might be under a fair amount of stress, her brother Craig (Mark Duplass), offers to pay for a night nanny to visit, so at least she can get some sleep once the baby arrives. Marlo initially dismisses the idea, but after the birth, realises that having a helping hand wouldn’t be such a bad thing.

So one night, Tully (Mackenzie Davis) pops into their lives like a hip Mary Poppins. Although Marlo isn’t sure of her at first, she soon finds herself not only relying on her child caring services, but on her emotional support, as Tully shows her what it means to truly live again at a time when she needs it the most. 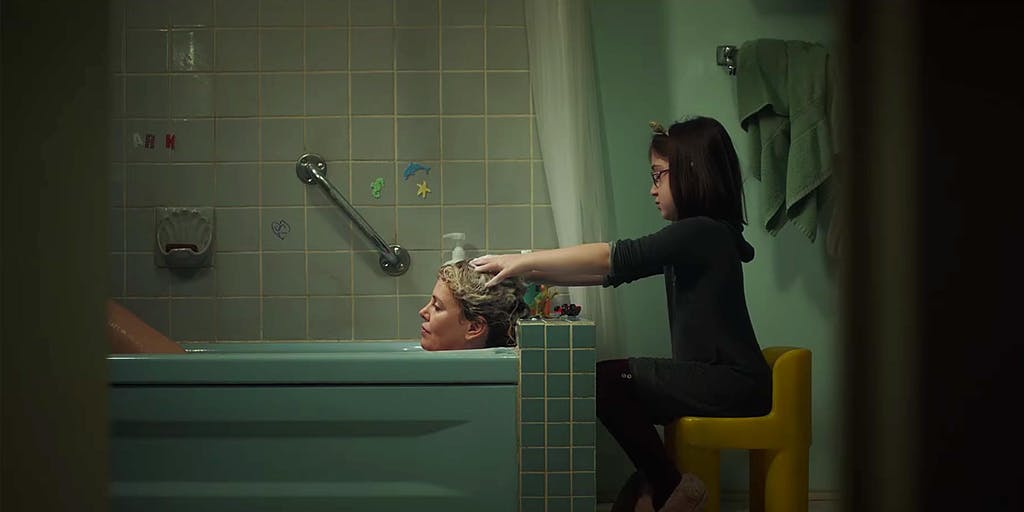 Child slavery is always closer than you might think.

Reitman and Cody are treading heavily on familiar ground with themes of all things parenting and coping with babies. However, as the film develops, it’s clear that another theme, that of mental health, becomes more prevalent. Unfortunately the way that it manifests itself is somewhat clumsy and ill-fitting.

Theron’s character is clearly struggling with her responsibilities of being a mother. And although her partner Drew is allegedly good with the children, it certainly feels like he could be doing a hell of a lot more to support her. Marlo’s relationship with Tully then, initially at least, is a welcome fix. But the longer it continues, the more uncomfortable it becomes. This is reinforced by a conclusion that is wholly unsatisfying and a tad inappropriate.

The film is clearly well-intentioned, but its curious mix of Parenthood meets The Sixth Sense makes for an uncomfortable marriage, that really shouldn’t have been introduced to one another.

It’s important to see issues such as mental health tackled on the big screen, now more than ever, so it’s just a shame that Tully goes about it in such a remarkably wrong way.