In 1996 at the Labour Party conference, Tony Blair gave a speech stating that the party’s top three priorities once in office would be “education, education, education”. This would no doubt make him the number one fan of this new game then, as it reinforces all his priorities, taking place in a number of universities as it does.

It’s a game that, like its predecessor Two Point Hospital, is all about fulfilling requirements to progress. These are broken down into three stages, whereby fulfil the needs for one star, opens up the requirements for the second, do the same again, and you get the full three stars. 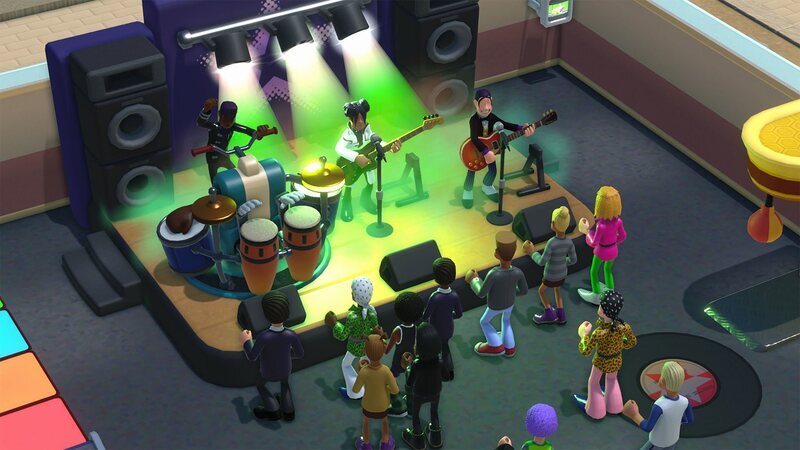 So yeah, we're Coldplay and we will bore you to death.

These requirements are all based around making your current education facility as satisfying for both students and staff. For instance, students might be in need of something as basic as a toilet, so you build them one. But now you have a toilet, it will need maintaining, so you’ll need to hire a janitor.

Then you’ll probably need some classrooms, and to go with that, you’ll need some teachers. These teachers will need a staffroom, as well as the ability to be trained in their chosen field, as well as two others as you see fit. And then everyone will need feeding. And watering. And entertaining. And...Well, you get the picture.

If you haven’t worked out by now, the game is a management sim, and although many can take themselves alarmingly seriously, like your train sims, city sims, flight sims etc. This one doesn’t as much, which is a welcome relief.

For all those that have played Two Point Hospital, which was, well, you know, set within the medical community, you’ll be right at home here. Which is where the problem lies.

Essentially, Two Point Campus uses the exact template Two Point Hospital does: earn money from keeping everyone under the roof well and happy. The mechanics for building and buying equipment, as well as upgrading them, is also the same. 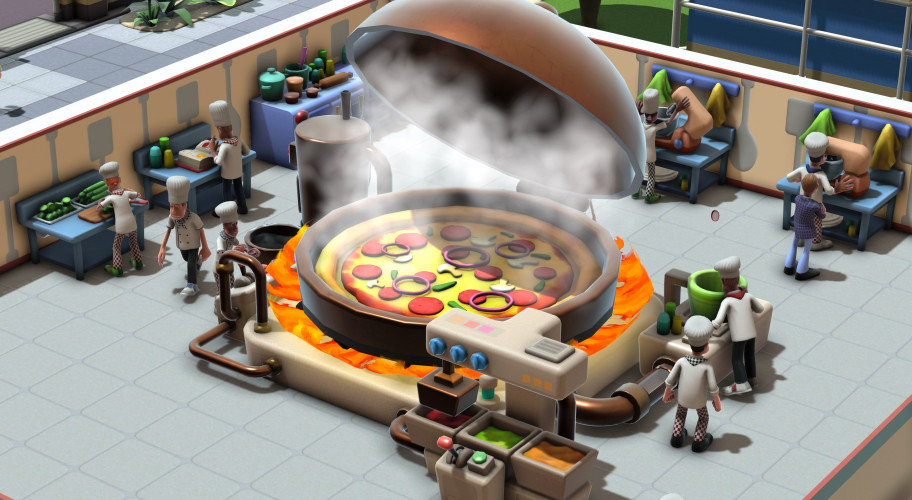 This is for our biggest customers, the Teenage Mutant Ninja Turtles, so get it right!!!

Now there’s nothing wrong with just changing the appearance on the same skeleton, plenty of other games do just that too, and get away with it. But it really does just feel like a new skin on a well used body.

There were obvious ways to improve the game, for instance, you could have added fun mini games; one school is focused on music, so there was an opportunity to include fun music mini-games. Another is a school of magic, where other opportunities to add extra elements could have taken, but sadly weren’t.

It’s tragically formulaic, and that being only the second game in for new British developers Two Point Studios; which is disappointing when you take into consideration the previous games its founders worked on included Black & White and Fable, both of which were brimming with creativity.

But like the saying goes, if it ain’t broke, we can’t be arsed to improve it.

All that being said, as a sim game, it works extremely well. The various challenges are of varying degrees of difficulty, some of which you will breeze through, and others will bring you close to tearing your hair out.

A case in point for us would be having to increase the happiness of staff levels to over 70%. Oh you have to make sure the rooms they’re in are attractive enough for them, you say. We did that. Then have you made sure they’re well fed and watered? This isn’t our first sim rodeo you know. Then have you checked to see if they’re happy with their current wages? How stupid do you...wait, you can do that?

It wasn’t one of the tips we were given, so it took us a long time to work out, hidden in plain sight as it was in the myriad of tabs within the game. But there was a sense of accomplishment when we did realise what the problem was, and that was without any outside help too.

And the further you progress, the different types of challenges you come up against. In the magic school for example, there’s no land for you to expand upon, and yet you’re still expected to build more rooms, invariably a lecture room as a school really can’t have enough of them apparently. So you have to think a little outside of the box, but still within the school, to work around the problem.

And in the music school you don’t get tuition fees from students, only cash from a sponsor for all the students who improve on their grades, so again, you have to come at the problem from a different angle.

So even though you’re given all the tools to solve problems, sometimes it’s how you use them best to achieve your goals.

It’s also a game, like its predecessor, that’s alarmingly easy to become addicted to. You’ll just finish after upgrading the robot room. No, just after making sure the school team win against their big rivals on the sports field. So I’ll be done after making a few tweaks to the dorms. And so it goes on. The sad thing is you can save at any time, but sometimes managing other peoples’ lives just gets in the way.

The control system is pretty impressive too; it’s obviously a title that would benefit from being played on a PC with a keyboard and mouse, and yet playing with a Xbox Controller on our Xbox Series X soon became impressively intuitive considering how many tabs you have to move from, over and over again.

The one area the game doesn’t quite match up to Two Point Hospital is on the humour front; the previous game had an infinite amount of opportunities to come up with ridiculous ailments to cure, such as the classic bloaty head. Unfortunately, this game is lacking on the humour front, even having to resort to borrowing from the last game with outbreaks of pumpkin head in the magic school, just as a way of injecting some much needed humour.

The truth is, if you enjoyed the last game, then you’ll probably love this one too, as long as you don’t expect any big changes in game-play.

Not quite the wondrous and enlightening learning experience we were hoping for then, but sometimes you just have to accept the fairly basic education you get.