No Line on the Horizon

So here it is, the latest effort from the worlds biggest band  whatever that actually means. This brings their album total to an impressive dozen. Quantity however, in no way guarantees quality. 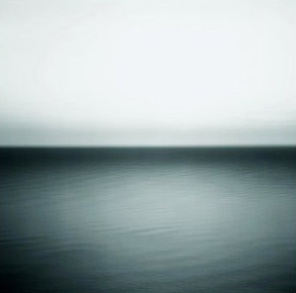 Think about it. Can you recall all the singles from the previous two U2 albums? Can you remember what they were even called? If youre a die-hard fan, these would be easy cheese questions in a game of Trivial Pursuit. The rest of us would probably struggle though.

The truth of the matter is this, U2 havent made a decent album in years. They can certainly be commended for changing their musical style over the years, unlike say, the dullness that is Coldplay. More truth is that a lot of people will buy the latest U2 album regardless of quality because, hell, theyre U2. Havent you heard, theyre really big.

Heres the rub. Throwing the proverbial spanner in the works, this could be the best U2 album since, well, their last best album. You can argue amongst yourselves as to what that actually was (only if you say anything other than The Joshua Tree, youre wrong).

This has some of the best bits of U2 of old: the bits that have been missing from recent albums. The most obvious is that someone seems to have wound life back into the Edge, whose iconic guitar riffs return with the vigour of a clockwork, cymbal-bashing monkey. If they played instrumental versions of this album on the radio, you couldnt help but notice that it was utterly U2. And that is most certainly a good thing.

You couldnt ask for a better track than the eponymous opener: it has the kind of grit and grind long since missing on a U2 album. Magnificent was written to resonate off the back walls of stadiums around the world. And it will still sound great up there in the cheap(ish) seats. Again, Unknown Caller is just pure old school U2: guitar, drums, singalong lyrics. Lets face it, we dont need anything more than that. The weakest track has to be White As Snow, which is bound to be worthy at heart, but just sounds like the kind of carol youd do anything to avoid singing at Christmas. But one dud amongst a plethora of musical muscle is a fair ratio.

If you can get over the initial shock of the worlds biggest band producing another great album in our lifetime, then this will reward you for years to come.