When a popular toy comes out, you invariably get a cheaper, less attractive Chinese knock-off that soon follows. It’s nowhere near as good in terms of quality mind, but when they’re that young, they won’t even notice. And if it’s a little on the toxic side, it’ll probably make their immune systems stronger.

This process isn’t restricted to the world of toys, with the film world more than having its fair share of cheap imitators, as this second rate animation aptly illustrates. 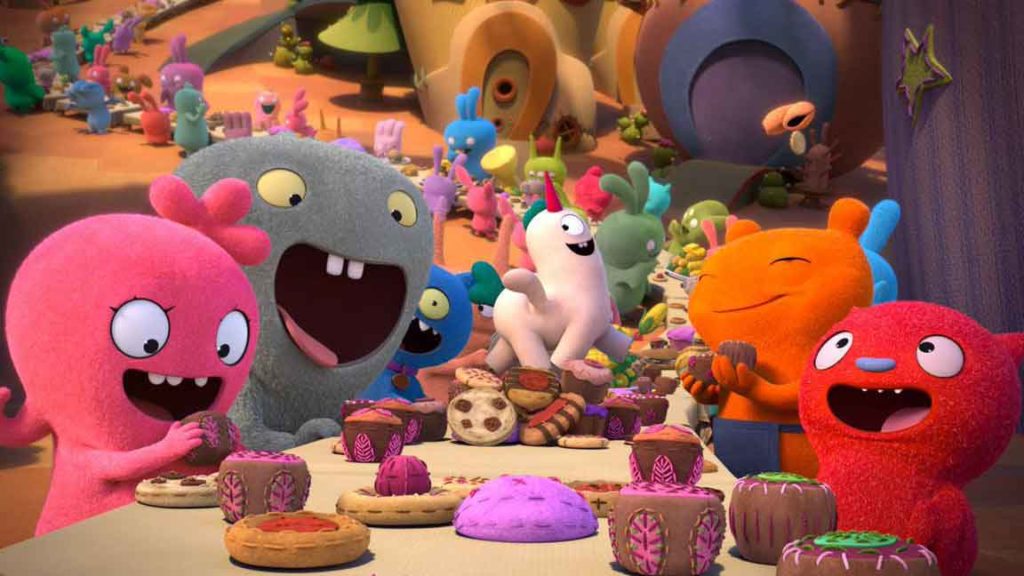 Eat it up boys, we're not gonna get a meal like this in a long, long time...

Welcome to the world of Uglyville, where Moxy (Kelly Clarkson) and her fellow fabric friends live. Although it’s a fun place to live, Moxy dreams of another life; one that finds her in the hands of a child in the real world.

She’s so passionate about this way of life that she convinces her friends into coming with her, through the ‘flower’ where they all drop from. There they discover the Institute for Perfection; a place where dolls learn to be perfect for their trip into the real world. It’s there that they meet Lou (Nick Jonas), a perfect specimen of a doll, who has to break it to them that they are in fact rejects, and were never meant to be let out into the big wide world.

Although disheartened, Moxy decides that she’s still prepared to take the ultimate doll challenge anyway – the gauntlet - if she manages to pass, there’s a chance that her dreams really can come true. But as Lou doesn’t find the groups imperfections acceptable, he’s prepared to do all he can to stand in their way. 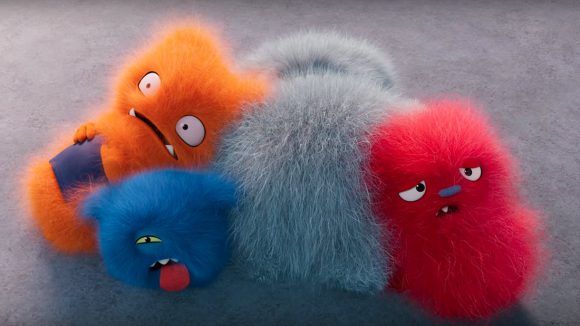 I think they went overboard with the fabric softener.

There’s nothing wrong particularly, when a film blatantly rips off another, as long as it manages to deliver a strong personality of its own. If it doesn’t, then you get something like this.

Everything about this feature feels like a cheap and tacky knock-off. The main dolls used look like they were spat out from a crayon of a five-year-old; the animation is akin to a low budget children’s TV effort; the cast are a bunch of names you might vaguely recognise but nothing more; and the soundtrack sounds as if it was compiled by the guys that did the Toys R Us jingle.

The biggest surprise and disappointment is that it was directed by Kelly Asbury, who had previously helmed Shrek 2 and Gnomeo & Juliet, but has since clearly fallen on hard times.

It’s no surprise that the characters are based on a range of plush toys of the same name, copying the LEGO 'model' in an attempt to make even bigger bucks. But just being a poor copy of Toy Story isn’t going to cut it.

Even if some of the animation and plot could be forgiven, the horrendous soundtrack can’t. It’s so awfully generic that a helpline should be offered, with free counselling, for anyone unfortunate enough to hear it.

This is the kind of title that you should only inflict on your children if they are really pissing you off, as a form of punishment. If you have an ounce of love in your heart for them, they don’t deserve this. None of us do.