Greetings adventurer. You have just awoken from a pleasant dream. You find yourself in a place you’re unfamiliar with. Around you are ancient trees, with a simple stone path in front of you.


The text adventure. For many, it was their introduction to the gaming world. The graphics were created by your own imagination, as words revealed a waiting realm of adventure, with you having to input the most basic of text commands to progress. Or not, as was most often the case. “OPEN DOOR” – You cannot do that right now. “BREAK WINDOW” – You cannot do that right now. “HAVE A POO” – You crouch down but nothing happens right now.

In a sense, these games were the blueprint for all the open world titles that gamers have available to them today, with the words replaced with pixelated, moving pictures. There are developers however, less mainstream, who cheerfully straddle these worlds, both old and new, such as Devespresso Games and their latest RPG, roguelite adventure. 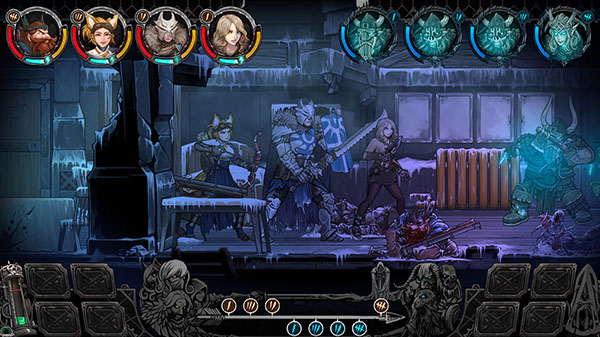 This Weatherspoons is a lot rougher than I remember.

Winter has arrived for the folk of Icenaire, thanks to the Shade King. He has cursed their once great city with a deathly frost fall, forcing the living underground, as the dead roam above. With the frost fall also acting as an impenetrable wall, there is no free movement in or out of the city, meaning that the future looks grim indeed.

Whilst out on patrol however, a group of soldiers find a woman, looking close to death. They decide to bring her back to the relative safety below the city, only to find that she is still alive. Her name is Evilia Lyric, a young woman with a curious vambrace – a piece of armour covering part of the arm and elbow – that she claims cannot be removed.

It seems that the vambrace gives her the power to walk through the frost fall, and survive, which could prove to be extremely useful. The powers that be then decide that, with a group of trained recruits, she can be given the freedom to come and go, and perhaps, she just might have the power to thaw the evil around them. 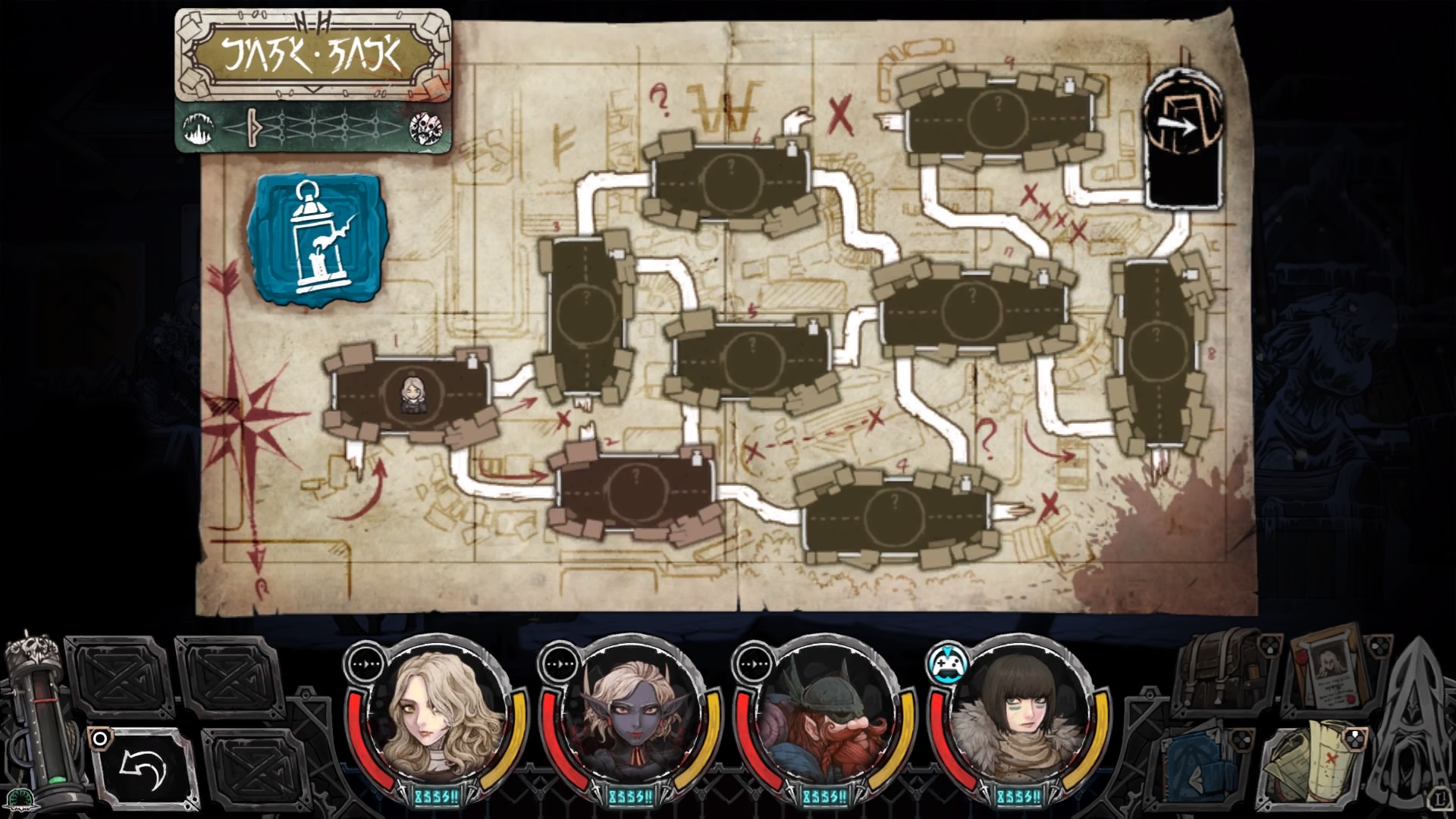 Hold on a sec, this is a new SatNav and i'm just getting the hang of it.

Vambrace: Cold Soul is a fantasy world set in old school two dimensions. Large blocky characters can only move left or right, and despite the ability to move to a floor above or below you from time to time – to move left or right there - moving around is limited.

What you may also find is limited, if you’re not a die-hard fan of this type of game, is your patience. If you’re not a fan of reading, then this game is not for you. There is a lot of dialogue and text to digest; you have to press the A button to read the text, and you have to do this so much, there’s a danger of developing Repetitive Strain Injury. With so many text boxes to reveal, you may not just lose the impetus needed to persevere with the game, you may just lose the will to live.

Once you move around the city, with the intention of completing all seven chapters, you will find yourself being drawn into battle. If you’re a lover of stats, then this will probably tickle the parts you enjoy best, if not, then not so much. The battles, that you can neither avoid or get out of, are essentially a mini-game of tech Top Trumps. You pit your characters up against the opposition; if you get your numbers right, you win, if you don’t, members of your team will meet their end. It’s not terribly exciting, and only a slight step up from all the reading.

Throughout the game you will come across characters to interact with, and depending on the strength of the abilities of the team member you choose to interact with them, will ultimately decide the outcome. The results are similar to those of playing Dungeons and Dragons, in the sense of one might be something like ‘the hound likes the look of your face, +2 strength points’, to ‘the shadowy figure took umbrage at your attempt of humour, -4 Vitality points’. And that’s about as intense as it gets.

It should also be pointed out that it appears you can also die at any given time, for no apparent reason. On two occasions we walked into an area and just popped our proverbial clogs, with no warning that it might happen. We admit it’s probably something that was covered during one of the many pressings of the A button, and simply glazed over. Our bad.

It should be made clear that Vambrace: Cold Soul may not necessarily be a bad game; we have to confess to not being that au fait with the RPG, roguelite fantasy genre, and therefore have nothing, good or bad, to compare it to. Just in the way that someone might not get FIFA, but that doesn’t make it a bad game.

But having dabbled in a number of different gaming genres, this specific title left us cold, and it wasn’t just down to the chilly climes of Icenaire. The artwork is certainly pleasing, and the map interface is cute, but the actual mechanics of the game could be deemed somewhat niche and way too sluggish.

It may well have one foot in gaming history, but it just feels like there should be a more interactive, and dare we say it, fun way, of presenting the game’s story. And really, if reading is your thing, get a Kindle, it’s a lot easier on the thumbs.

‘Your game lacks a real element of fun, start again’.