It’s not unheard of for a TV show to have a breakout star who goes on to better things, but it’s rare for one show to produce a number of stars, just as the US version of The Office did.

Heading that list is of course Steve Carrell, but not far behind him is John Krasinski, who has not only gone on to become an action hero in Prime Video ‘s Jack Ryan, but has also done pretty well behind the camera with his A Quiet Place franchise, which he also wrote.

There’s also Mindy Kaling, who went on to star in her own network show, as well as creating her own shows like The Sex Lives of College Girls and Never Have I Ever.

As well as Ed Helm, Craig Robinson, Rainn Wilson and Ellie Kemper. Quite an alumni.

And then there’s B.J. Novak, who starred as Ryan Howard for 165 episodes, who it has to be said, has been fairly slow off the mark since the show’s demise, with the odd supporting role here and there, but is coming on strong now, with his own anthology TV show The Premise, and this film, which he’s written, stars in, and directs, and probably only just falls short of singing the theme tune. 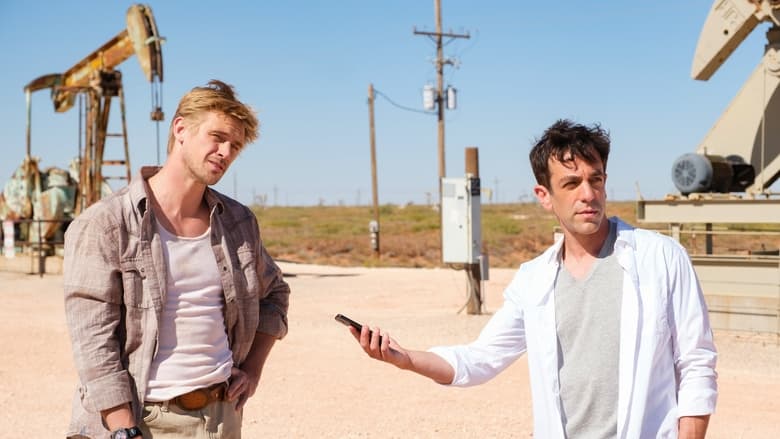 Can you see it? The first oil site theme park, right there!

Living in NYC is writer Ben (Novak). But despite writing for titles such as The New Yorker, he isn’t satisfied, wanting to get in on the hottest media sensation around – the podcast.

Then he gets a call, out of the blue, from a guy who says he has some bad news, that his girlfriend is dead. This takes Ben aback, as to his recollection, he has no girlfriend. The guy is adamant that his sister, Abilene is Ben’s girlfriend, and insists he comes to the funeral. When he mentions the name, it rings a bell, and Ben is almost guilt tripped into agreeing to go, to the middle of nowhere, Texas.

He’s not just going to pay his respects to someone he hardly knew however, as he’s pretty sure that her death would make the perfect content for a podcast.

Not long after arriving, he’s not only greeted by the family, but they insist he stays with them. It’s with talking with her brother Ty (Boyd Holbrook) that things get serious pretty quickly, when he decides that the pair of them need to avenge Abilene’s death, which Ben somehow agrees to.

And before you can say “true crime podcast”, Ben is embroiled in the nitty gritty of what exactly did happen to his ‘girlfriend’. 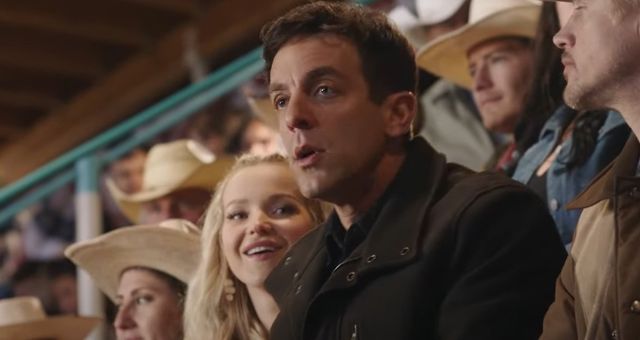 Wow, so I guess you can get away with anything in Texas.

Considering this is Novak’s first feature, this is an impressively assured and confident debut. Its script certainly tunes into the current zeitgeist of the podcast, but it’s a more layered effort than that.

It’s essentially a classic fish out of water tale, with Novak’s character being introduced to traditional Texan family values that clearly reinforce all the stereotypes, giving him a sense of superiority coming from the city as he does. This changes, obviously, throughout the film, as he gets a number of surprises throughout his stay.

And of course it’s a murder mystery, as Ben investigates the murder of a woman who, in truth, he barely knew.

Novak the actor doesn’t offer up anything new; he’s the type who simply offers up a variation of the same theme, but he doesn't need to do any more than that; it's like when Woody Allen stars in a film, you know exactly what you're getting.

Novak the director does well enough too; he’s directed a number of TV shows, and he makes the jump to the big screen with aplomb, but offers very little by way of a stylistic vision.

It’s in the writing however, where Novak truly shines. He has a genuinely acerbic wit that will make you laugh out loud, and that’s an impressive talent to have. It is a little over written in places, but the hits certainly outweigh the misses. It does generally feel like a feature length episode from his series, but there’s nothing wrong with that, as it’s also creatively pleasing.

And when it’s not the Novak show, the rest of the cast do exceedingly well, with the family unit as a whole proving to be entertainingly enigmatic.

Whether you’re a fan of true crime podcasts or not, Novak’s debut is wickedly sharp and original, and on this evidence, this previous Office worker’s future CV is definitely worth keeping an eye on.